This is my list of the top ten albums of 2009. It was pretty hard decision to choose, but I would like to think I have some agreements on this list. Check it out…

10 – The Dream – Love Vs. Money
It would seem to be that 2009 would be the year of the sexual lyrics. The Dream got the year started off with his second effort following a more than impressive debut CD. A talented writer who pens and produces for other artists, he didn’t hold back his skills for his own project.

9 – Eminem – Relapse
Eminem made a return to the Hip-Hop scene after a five-year hiatus with Relapse. The entire album, minus one song (“Beautiful”) is produced by Dr. Dre, and is centered around prescription drug use and abuse. In this sense, Relapse is sort of a concept album, just with an unusual concept. He also uses clever wordplay and metaphorical rhyme schemes to leave the listener wanting more after each verse on the album. Like his past LP’s, songs like “3 AM,” “Same Song and Dance,” and “Medicine Ball” will have you saying “Did he just say what I think he said.” Pretty much no one in rap raps about what Eminem raps about. Eminem went crazy on this album. No, really.

8 – Chris Brown – Graffiti
Chris Brown takes a step, a broaaaad step out of his comfort zone on this record. The music he supplied his fans this time around sounds nothing like the traditional Chris Brown R&B of old…with the exception of a few songs. This is certainly not an album to pass up.

7 – Fabolous- Loso’s Way
The “best who ever Twitted” took his mixtape of the same name and ran with it straight to his album. Based off of Carlito’s Way, Fab put his own outlook on the story of a gangster in his rise through the ranks of crime. A decent mix of music for one of the best lyricists in the game, with a decent mix of R & B type tracks for the female to appreciate, Loso’s Way was a standout in 2009. You’d expect his lyrics to be on point of course, but the music totally matched up and it’s a very balanced album. On Loso’s Way, Fabolous finally let all of his talent go, and a great CD is the end result.

6 – Drake – So Far Gone
I have to give respects to the Rookie of the Year by a landslide, who made his mark with his “EP,” So Far Gone. Drake, the artist formerly known as Jimmy Brooks on the hit show Degrassi, released his mixtape on February. The mixtape was re-released as an EP to be sold in stores on September 15th, with only five songs from the mixtape and seven songs total, and still managed to sell 100,000+ copies; which is unheard of for a mixtape that was already free–with less songs! After signing on to Lil’ Wayne’s Young Money label, he let everybody in rap know that he was here to stay with “Best I Ever Had,” and stamped his position in the game with the help of Trey Songz’s vocals on “Successful,” which is what Drake has been up to this point.

5 – Alicia Keys –The Element of Freedom
Disappointment. Only because Ms. Keys left some songs off of the original tracklist that could have made this album her best ever. “Lover Man,” and “Dreaming,” were both left off of a definite 8/10 album, but with those additions to The Element of Freedom, my rating for this would have been off the charts. Nonetheless, no one could look past her diversity on this album, as she strayed a bit further away from her beloved piano towards more experimental production. It shows how far Alicia has come from her Songs In A Minor.

4 – Trey Songz – Ready
There is only one R. Kelly, but when you listen to how the young adults of this generation speak about Ready, the conversation has a Twelve Play-ish feel. “A pure panty-dropper,” said a friend of mine, this album will get the bedroom poppin’. “I Invented Sex,” pretty much explains what the album is about, and that’s just the tip of the iceberg. A must listen for the freaks out thereEeEeEeE! (Trey Songz voice). 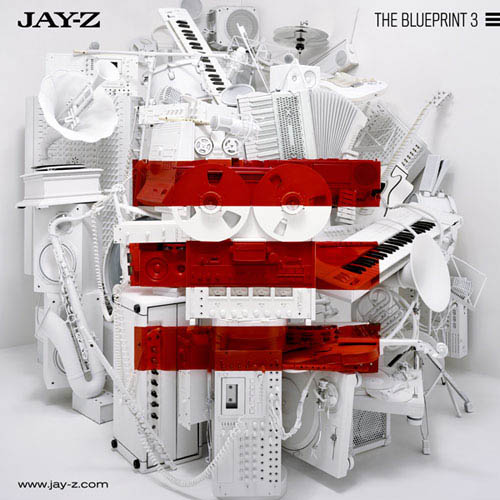 3 – Jay-Z – The Blueprint III
On to the next one…Saying that Jay-Z has a million ways to get it would have to be an understatement. There are more commas in his bank account than there are in this essay, but that didn’t water down his 2009 release at all. “Death of Autotune” shook up the world of rap, as many social views and people were addressed on the song, giving our beloved genre a much-needed wake up call. The Blueprint III was heavily produced by the talented Mr. West, as Kanye provided many unique sounding beats like “Thank You,” “Hate,” and the critically acclaimed “Run This Town.” If Jay lost a step along the way it had to be to tie his shoe. Lyrically, The Blueprint III proved that he was still in first place of that race.

2 – Joe – Signature
This was almost the best album I have heard this year. It is grown up, very, very sexy, if I must say so myself as a male, but it isn’t over the top. R. Kelly will forever be the king of R & B, and Trey Songz may be the up and coming “prince” of the genre, but Joe is definitely the most underrated R & B artist of all time. Signature proves that, as it is a possible classic, with his melodies and subliminally sexually driven tracks, and songs where Joe sings about hook-ups between friends on “Friends Don’t Let Friends” and that time when you’ve just lost your baby to someone else, as “Worst Case Scenario” explains. You’ve got to leave the ACG’s and Air Max’s in the crib for Signature, this is for the shoes and heels kind of crowd.

1 – Rick Ross – Deeper Than Rap
Since when was rap this smooth? Ok I’ll toss you a Reasonable Doubt, but after that, Deeper Than Rap would have to be the smoothest, mafioso-themed album I have ever heard. Being from Miami lyricists aren’t looked upon as being in the top-tier as much as rappers from up north, but if there were a list of Southern rappers NOT to leave out, Ross would be up there, and he solidified that spot with Deeper Than Rap. All of his lyrics are on point, make sense, and don’t run off. You can tell Ross pays attention to what he is writing in every single song on the album, and towards the second half of it, you could feel that he is untouchable. The self-proclaimed “Boss” has a classic of his own. This “Maybach Music” gives you a Reasonable Doubt-ish relaxation, and you’d be out of your mind not to have this one in your CD collection, iPod, Zune, whatever you got!