The beginning of a new year always brings a lot of interesting movies to the theater. That already seems to be the case in 2010 with the release of The Book of Eli. Here’s a look at some of the new releases to look forward to for the first few months of this new year.

Legion
January 22nd
God is losing faith in humanity, and one fallen angel, Michael (Paul Bettany), will attempt to stand firm between another Last Judgement led by Angels, and the continuation of civilization, all while trying to protect a waitress in a small New Mexican town, that may is carrying the second-coming of Christ. Also stars Tyrese Gibson, Charles S. Dutton and Dennis Quaid. 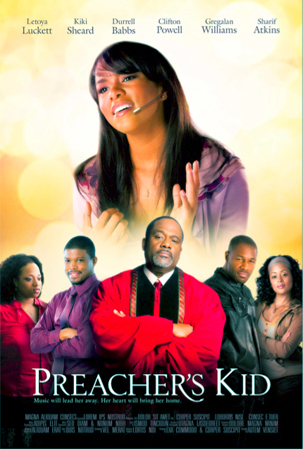 Preacher’s Kid
January 29th
In her second major role (after Beverly Hood), Letoya Luckett tries another hand at the movies in this story about a daughter who is kept on a tight leash by her father, until she runs away at an attempt to live the life she always wanted; touring with a gospel play that she hopes will give her the big break. Also stars Clifton Powell, Kiki Sheard, and Tank.

Frozen
February 5th
Pretty much Friday the 13th–on ice! After skiers get stuck on a chairlift before their last run down the slopes, they find a way to make it through the frigid cold, only to find out that there’s more to the horror of the slopes than being stuck on a chairlift in freezing weather. Stars Shawn Ashmore and Kevin Zegers.

From Paris With Love
February 5th
Stars John Travolta as a spy that helps an ear to the U.S. ambassador in trying to stop a terrorist in Paris. Also starring Johnathan Rhys Meyers.

Dear John
February 5th
Based on the Nicholas Sparks novel, Dear John is a romantic drama about a U.S. soldier that falls in love with a college student while home on leave. Troubles arise when the soldier has to go back into the army and the couple tries to use letters to keep their relationship afloat, until fate steps in. Starring Channing Tatum and Amanda Seyfried.

Valentine’s Day
February 12th
If you liked He’s Just Not That Into You, more than likely you’ll like Valentine’s Day. It might just be a carbon copy of that film, except the lives of many stars in real-life get all tangled up in the course of one Valentine’s Day. Cast includes Jessica Alba, Jessica Biel Bradley Cooper(The Hangover), Ashton Kutcher, Julia Roberts, Anne Hathaway, Jamie Foxx and Queen Latifah just to name a few.

The Wolfman
February 12th
A remake of the 1941 horror/thriller, the film stars Benicio Del Toro as Lawrence Talbot, who is a cursed soul trying to find out who he is in a late 1880’s town; in the midst of an investigation of murders that have been taking place by what seems to be an anonymous monster. The film also stars Emily Blunt(The Devil Wears Prada), and Hugo Weaving(The Matrix).

Shutter Island
February 19th
Any time director Martin Scorsese and Leonardo DiCaprio get together they make magic. (The Departed, The Aviator, Gangs of New York) This film, which is set in 1954, is also based on the 2003 novel by Dennis Lethane. DiCaprio stars as one of two duly appointed U.S. Marshals investigating the disappearance of a patient in a criminally insane hospital. After a hurricane hits the island where the hospital is, the Marshals are trapped inside due to an inmate riot, where all kinds of weird and creepy things begin to happen. Also stars Ben Kingsley.

Brooklyn’s Finest
March 5th
A crime drama starring Richard Gere, Don Cheadle, Wesley Snipes and Ethan Hawke, who worked with director Antoine Fuqua on Training Day. Brooklyn’s Finest tells the story of three unconnected cops who have had different careers that end up at the same location. All of these actors have had other roles as cops, so this movie should be second nature for them. Look for this to be a blockbuster on the creep. 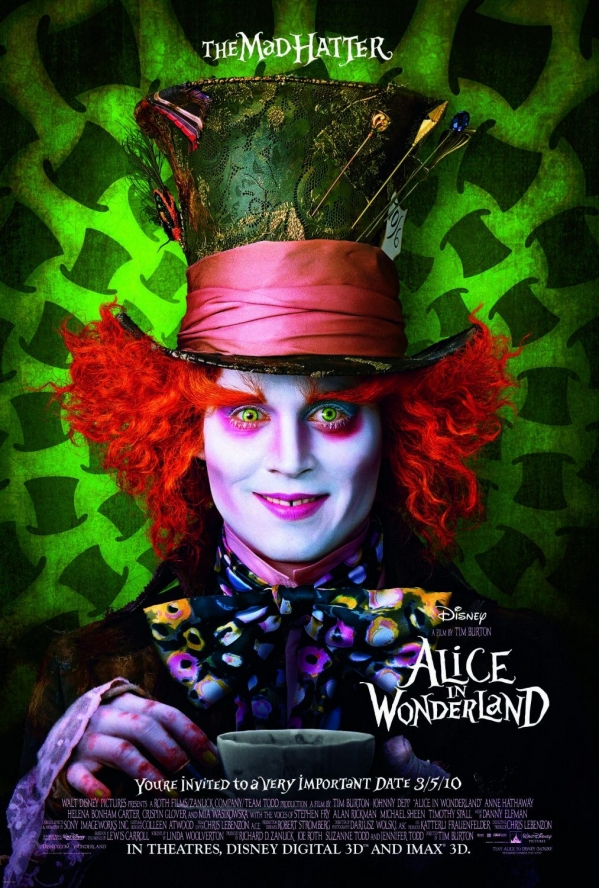 Alice In Wonderland
March 5th
Fresh off of the success of Public Enemies, Johnny Depp takes a 180 degree turn from a prominent Illinois bank robber, to the Mad Hatter in a movie that has more remakes than one can try to name. Nonetheless, this a sequel to the original Lewis Carroll story. A Disney production directed by Tim Burton (who also worked with Depp on Edward Scissorhands and Sweeney Todd) is sure to be a 2010 money maker from families across the U.S. Alice In Wonderland also stars Anne Hathaway as the White Queen, Alan Rickman, Helena Bonham Carter as the Red Queen, and Crispin Glover as the Knave of Hearts.

Green Zone
March 5th
From Paul Greengrass, the same director of the Bourne Trilogy comes Green Zone, an action/thriller/war film that stars Matt Damon as a warrant officer who helps senior CIA officer search for weapons of mass destruction. Based on the 2006 book by journalist Rajiv Chandrasekaran, the film takes place in Green Zone, Bagdad, before the U.S. troops went overseas. It also stars Amy Ryan, and Greg Kinnear. 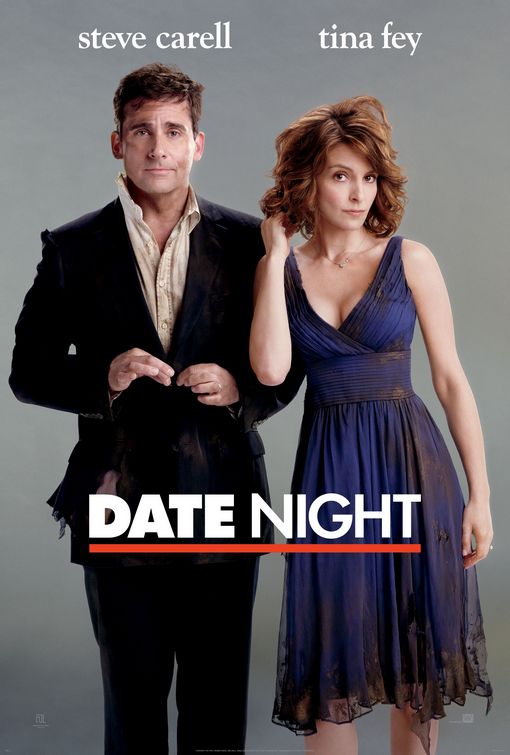 Date Night
April 9th
A comedic story that follows married couple Phil and Claire Foster as they try to reignite their marriage that seems to be on a downward spiral, by going on a date that happens to be out of the box for them. No more dinner and a movie, this night they try an upscale Manhattan restaurant, and after their identities are mistaken, they end up on a wild goose chase of a date instead of a simple romantic evening! Starring Steve Carell, Tina Fey, Mark Wahlberg, Ray Liotta, James Franco and Mila Kunis.

Death At A Funeral
April 16th
A Black Comedy with an all-star cast, Death At A Funeral is a remake of the 2007 British film of the same name, with a family that tries to take care of an abundance of problems while attending the funeral of a patriarch. Starring Chris Rock, Martin Lawrence, Kevin Hart, Tracy Morgan, Zoe Saldana, James Marsden and Luke Wilson.

Nightmare on Elm Street
April 30th
One of the feature horror franchises is back for a reboot, similar to that of last year’s Friday the 13th. Only this time, Freddy Kruger won’t be played by Robert Englund, and he won’t be as humorous as he’d been in recent films. Nonetheless, look for new ways to try to sleep this April with Freddy on the minds of today’s youth. This 1984 remake stars Jackie Earle Haley as Freddy Kruger and Rooney Mara as Nancy Thompson.

Iron Man 2
May 7th
The sequel to the 2008 summer blockbuster features Tony Stark in a darker role, focusing a bit more on his alcoholism and problems, as there are more of them since he revealed his identity at the end of the first film. Don Cheadle will be replacing Terrance Howard as James “Rhodey” Rhodes a.k.a. War Machine, due to complications between Howard and director Jon Favreau. Gwyneth Paltrow will return in her role as Pepper Potts, Stark/Iron Man’s assistant. Besides Cheadle, other new additions include Mickey Rourke, who will play villain Whiplash, Scarlett Johansson as the Black Widow and look for a couple cameos from Samuel L. Jackson in his role as Nick Fury. Cheadle will be suiting up War Machine’s armor this time, giving Rourke two formidable heroes to duel.