Skip to content
Home » And The Nominee Is…Elena Kagan?

Out of the 30 members of Obama’s closest team members, including cabinet members, czars and advisors, only 4 are African Americans. In fact, former Republican President George W. Bush cabinet diversity is not that far off from President Obama’s.  Yet, no one would consider President Bush to be a champion of civil rights.

Some may not like the fact that I am focusing on race at this juncture. But the question is warranted since the only black on the Supreme Court is right leaning Justice Clarence Thomas.   Yet, President Obama has now made two selections to the high court and has not seen a need to nominate an African American. 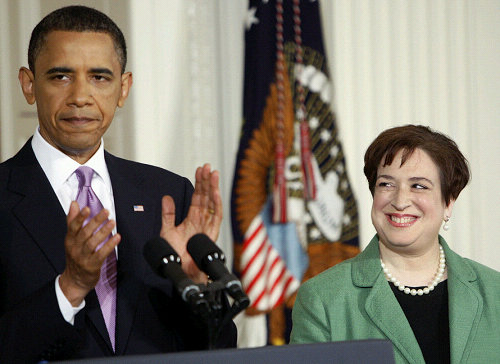 What makes the selection of Elena Kagan more confounding is her less than sparkling record on civil rights.  Guy-Uriel Charles, founding director of the Duke Law Center on Law, Race and Politics, wrote a cutting blog post criticizing Kagan’s hiring practices.  He wrote that of the 29 positions Kagan had a chance to fill, 28 were white and one was Asian-American. And of the group, only six were women—five white and one Asian-American.

Granted from an academic standpoint, Kagan is highly qualified to be appointed to the high court.  In her early writings she is very logical and thoughtful in the points she makes.  The range of her talents as a professor, law-school dean, and as the first woman to be solicitor general goes without question. Chances are that if confirmed she would become a formidable addition to the Supreme Court.

However, if Obama’s goal was to promote another woman to the high court, they are many qualified Black woman deserving of the opportunity.  Such as, Elaine Jones, former director-counsel of the NAACP Legal Defense and Education Fund and Jacqueline A. Berrien, chair of the U. S. Equal Employment Opportunity Commission. In fact, if First Lady Michelle Obama was not his wife, she would be a credible and bold selection for Supreme Court justice.

Is it possible that President Obama is overly sensitive to the charge that he favors one group over another?  When I thought about this question, I went back and read some of the old articles written during the campaign about race.
In the nationally distributed publication, The Nation, the author of a contemptuous rebuke to then Senator Obama writes, “If someone admires Reverend Wright as much as Michelle Obama seems to—and she has spoken very well of him in the past—then it’s reasonable to assume that they share some common values. People who attend the same church for a quarter century often share key attitudes and outlooks of their minister. That’s not always the case—but it’s more often the case than not. And it is very rare that people who attend a church for more than 25 years hold views that are fundamentally at odds with their pastor.“ 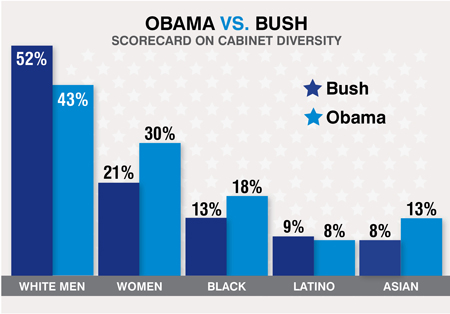 I look at this issue in two ways.  First, his political opponents used the Wright issue to send a clear message to President Obama that any deference he shows to people of color will be met with swift, deft counter attacks.  It was a shot across the bow that he will be put on notice for any race favoritism as they see it.  Secondly, it’s plausible that the focus on race during the campaign has made an often tactical and careful- to a fault, Barack Obama more sensitive to how he is being perceived by white America.  His renowned cautious nature has heightened to the point where he flees the very appearance of favoritism in all aspects of his decision making.  In either case, this is an unfortunate result of his election.  Over the next 2 or 6 years, he will have to find the courage and conviction to make critically bold choices to embrace civil rights and not walk away from it.

With the election of President Obama must blacks did not realistically expect a free ride, favoritism or even something as radical as reparations.  However, we do expect that we will get a “fairer” shake at the opportunities given by the Administration.  President Obama should not feel obligated to demonstrate his fairness to people of other backgrounds.  He should simply apply the same standard he asked the American people to afford him when he ran for President.  Let everyone rise and fall on their own merits.  Unfortunately, for the moment, it looks like “others are rising” while qualified Blacks are standing still.  His election is a continuum in our journey to attain what is duly our right.  He must become a willing participant in this journey by ensuring we have ample representation at the table.

The Upcoming Midterm Elections and the Misinformed Electorate

The Revolution Will Not Be Televised

What exactly is this new TEA PARTY?