There are only a few days until the most heated midterm election this decade. But just because political news has kicked into overdrive doesn’t mean the rest of the world is at a standstill. Even with a 24-hour news cycle, you still may have missed a story or two. Here’s what went down while you were out early voting. Oh, you didn’t early vote this week? Don’t worry. Just make sure to vote this Tuesday. Here’s your weekly recap: 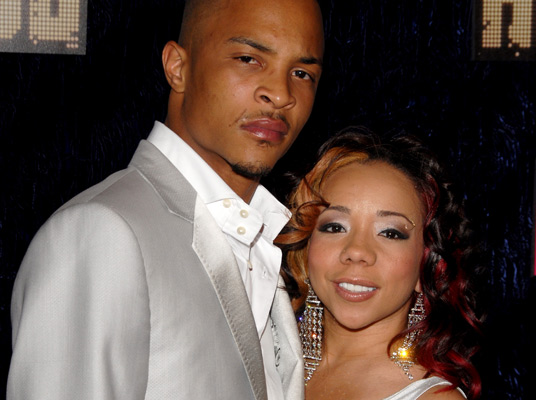 BIG CHARGES FOR TINY
So there’s good news and bad news for T.I. and Tiny. Although rapper will have to report to an Arkansas prison no later than November 1 for violating his parole, he will not face drug possession charges for the L.A. incident that landed him in hot water. The Los Angeles District Attorney chose not to file charges against the rapper, citing his 11-month prison term for his parole violation, and questions surrounding the initial traffic stop in which the rapper and his wife were busted. LAPD said that T.I. was asked to step out of his Maybach, which they say smelled of marijuana, after making an illegal U-Turn. However, while ecstasy pills were found and T.I. tested positive for Opiates, no marijuana was ever located in his system, or his car.

It is not known whether the rapper will be made to seek treatment at rehab or detox centers in Los Angeles, CA or not.

However, while T.I. has dodged the additional drug charges, his wife Tameka, “Tiny” Cottle has not. The L.A. District Attorney is pressing forward with drug possession charges against her. Let this be a lesson ladies. Being a Ride or Die chick is cool until you catch a case!

DID CLINTON TELL MEEK TO DROP OUT OF RACE?

It’s clear that the heat of the midterm elections is weighing heavily on the remaining candidates, but in Florida’s highly sought-after Senate race, things are getting downright ugly. News reports surfaced, claiming that former President Bill Clinton had asked Democratic nominee Kendrick Meek to bow out of the Florida Senate race so that newly minted Independent candidate Charlie Crist, who is ahead of Meek in polls, would have a chance against leading Republican opponent Marco Rubio. Crist, current Florida governor and longtime Republican, changed his affiliation to Independent after losing to Rubio in the Republican primary earlier this year, drawing criticism from both sides of the political party spectrum. However, some argue that he would be the lesser of two evils when compared to Rubio. Crist and Meek have seemingly split the Democrat and Independent vote, helping to boost Rubio’s lead.

However, Meek has shot down the story, saying that it was Crist who asked him to quit, not Clinton. Having spent time with Meek as he prepped for an Atlanta fundraiser, I have to say that I’m glad he’s sticking in the race. I just hope Florida voters will feel and show that same appreciation come Election Day. 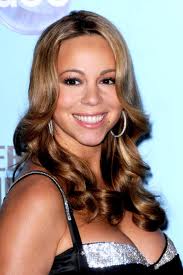 Pop Diva Mariah Carey officially announced this week that she and hubby Nick Cannon are expecting their first child, in what has to be the worst kept secret in entertainment. However, obvious baby bumps aside, fans the world over were ecstatic to hear of the singer’s forthcoming bundle of joy, especially after Carey revealed that the couple’s first pregnancy ended in miscarriage a couple of years ago. Here’s hoping to a safe and healthy pregnancy and child for the couple. I wonder whose outfits will be smaller, Mariah’s, or the baby’s.

It seems that the allegations against Marques Houston and Chris Stokes go beyond the multiple child molestation accusations against them. Raz-B had said to “ask Ray-J” in regards to being molested by Stokes and Houston, but in an interview with The Urban Daily, Ray-J clarified the statements by accusing the pair of theft, not molestation:

I had a problem with Chris Stokes and Marques Houston a couple of years ago, they were stealing money from me and taking projects that I had out and taking them away from me so I started doing “diss songs” about them just talking a lot of smack. That was at a time in my career when I was real reckless so I had a lot of diss songs talking about them and who they were. I was just dissing them, just cause I didn’t like them as people back in the day but I’m older now, I don’t regret what I said or what I did but I’m definitely at a new time in my life that I wouldn’t go there again. He’s (Raz-B) definitely talking about the “diss records”

When asked his thoughts on the molestation claims, Ray-J had this to say:

Raz-B is in pain right now, he’s hurt he’s seeking for the love that he once had from his crew. I can’t speak on what’s true or not, I don’t know

While nothing’s been proven in court, it might be safer for artists to steer clear of TUG Entertainment for a while.