Skip to content
Home » Maybach Music It is, for Rockie Fresh 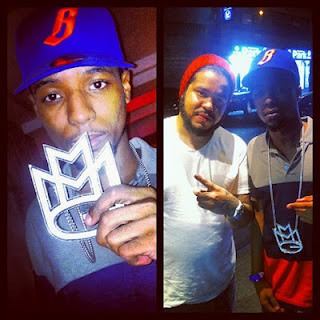 Congratulations to Rockie Fresh, the 21 year old Chicago MC, has inked a deal with Rick Ross and his Maybach Music Group; after an arduous courting process  where admittedly Rockie receieved interest from Bad Boy, Universal, Columbia and RCA among others, something about the vibe between he and the Bawse made it a foregone conclusion as to where his music home for the foreseeable future would be- M.M.G.

Besides interest from Ross, the newcomer also fielded an offer from Diddy’s label. “Bad Boy was interested; I definitely had a lot of talks with them. Same thing with Columbia and Universal and RCA as well. But it was just one of those things where, when I met Ross, it clicked,” he said. “It was some real n—a sh–, for lack of a better term. I felt more comfortable in that setting than in any other meeting I had.” (Courtesy of MTV News) 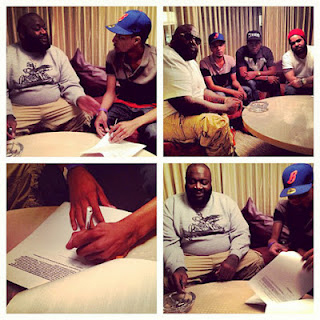 I had the opportunity last summer to kick it with Rockie during his time on the Cool Kids tour, presented by Mountain Dew. After a date at Brooklyn Bowl, we chopped it up about most things music, and more about life and his perspective on rap, as well as his goals. I can say without a doubt that Rockie is a cool brother and deserving of the success.