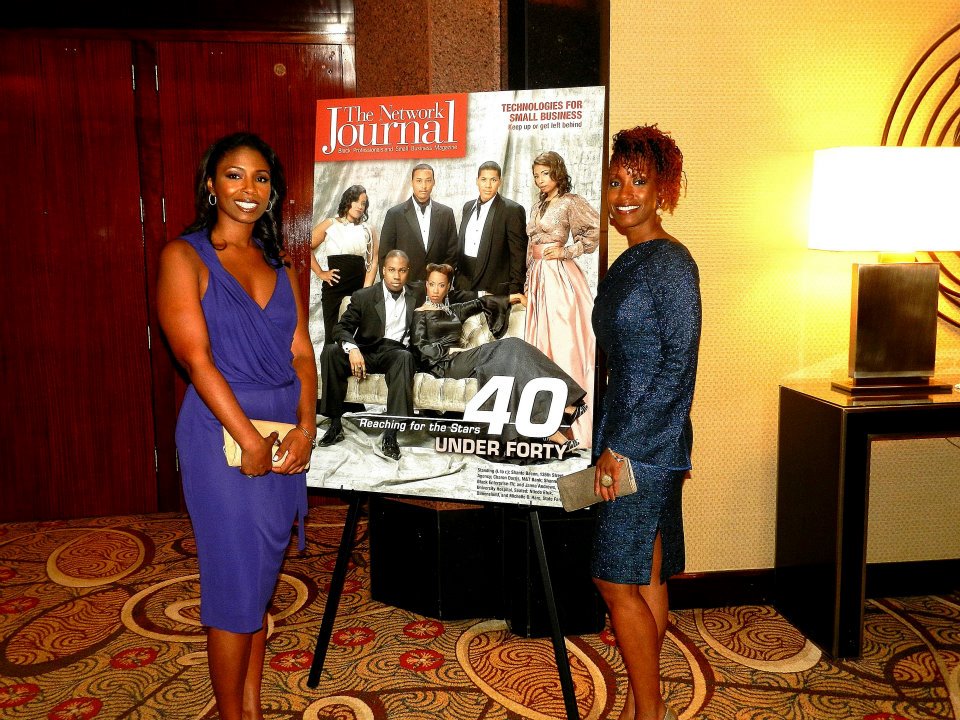 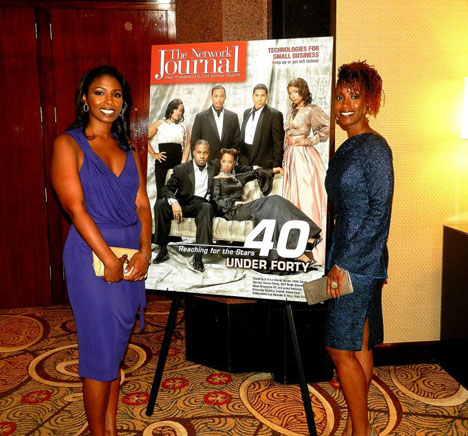 When asked how it feels being an honoree for the Network Journal’s 15th Annual “40 under Forty” awards ceremony, State Farm representative Michelle D. Hare (pictured above right, with Janna Andrews, M.D.) replies, “Five years ago when I moved to New York was when I first got introduced to the Network Journal. When I walked into the office I saw covers of many of the past issues and I remember telling the publisher that one day I’m going to be in your magazine. Now, five years later, here I am.” Somewhere in the silence of a bedroom there is a prepubescent child of color dreaming about their future. They are imagining all the glitz and the glam. They are envisioning a life many children their age aspire to. However, according to the US Department of Education, “Nearly half of the nation’s African-American students attend high schools in low-income areas with dropout rates that hover in the 40-50% range.” Similarly, the Education Sector, an independent think tank, reports, “Fewer than half of the Black students who enroll in college graduate from four-year institutions within six-years. Nationally, the average six-year graduation rate for all students is 57%.” The question now is, “Should these young children of color continue to dream as Hare did? Or should they just allow these statistics to swallow them whole?” 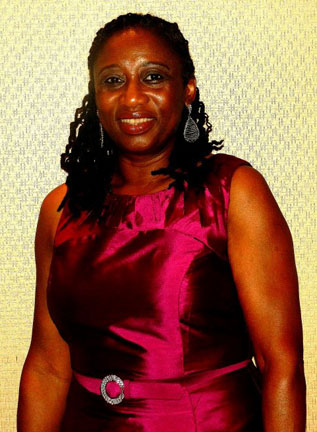 This year’s Network Journal’s 15th Annual “40 under Forty” Achievers Awards Dinner was a celebration of defeating the odds as well as exceeding all expectations. The festivities were sponsored by Wells Fargo and WBLS radio on June 28th at the Crowne Plaza Hotel in Times Square, New York City. The Network Journal, a premier magazine for Black Professionals, created “40 under Forty” to publicly recognize the newest generation of African-American leaders. These professionals are not only doing exceedingly well in their own respective industries, but are also committed to the uplift of their communities as well. “It is very, very, heart-warming; we are very proud of our young achievers. Every year we have forty of them and every year they seem to be doing more and more things. Not just individually but also in the community. We’re proud of them and we hold them up to the world; these do not reach the negative statistics that you read about all the time.” This was the response from TNJ’s Executive Editor Rosalind McLymont (pictured right) when asked how it feels to sponsor an event with so many blossoming individuals of color each year.

The night was a perfect marriage of mocha-skin and business cards. All were eager to learn more about one another and share some of the experiences that brought them there. “I think that for me it’s great to see all of these amazing professionals doing things in different industries that I would never otherwise get to know. It really brings us together. It feels very collaborative like a great big family and I’m honored to be in such company,” replied honoree Janna Andrews, M.D. at SUNY Stony Brook Winthrop University Hospital, when asked how it feels to be recognized at such an event. Andrews wasn’t the only one who felt the family vibe.

The reception area seemed to have its own running inside joke. Everyone laughing and enjoying each-others company as if they were all distant relatives on an annual reunion trip. “A humbling honor,” was all honoree Howard Reid, representative for Janssen Therapeutics (Pharmaceutical Company of Johnson & Johnson), had to say when asked how it felt to take part in such an event. A man of few words, but those three choice words were the common denominator of how many of the honorees felt that night.

“This year we received 282 applicants and we had to narrow it down to 40. We look for what they’ve accomplished thus far as well as community service. So you could have accomplished a lot but if you’re not giving back to the community then that really hurts your chances,”  TNJ’s Executive Director for Programs and Marketing, Denise  Acquaye explained, when asked how difficult the decision process was this year. 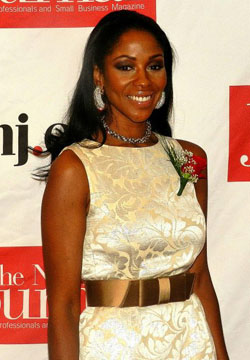 Honoree Ericka M. Pittman (pictured, left), Vice-President of Branch Strategies at Blue Flame Agency, also feels deeply about giving back to the community. Pittman had a special message she wished to share with the youth aspiring to reach the levels of her and her colleagues, “Young people should first identify who they really want to become, and then go all in for that. Never let anyone deter you from your dream. Work really, really, hard and be 100% amazing at every single thing you do. Eventually you’ll begin to see all of your dreams manifest themselves.”

So this is directed to that prepubescent child of color dreaming in their bedroom. Keep dreaming! Then once you are done, graduate high school, graduate college, do all the things these statistics, simple numbers, will tell you are impossible. Remember, you are greater than the box society tries to shove you in. You are boundless in a world full of walls; do not be afraid to break them. Set a goal for yourself and work towards that goal. Seek out a mentor in your field, latch on to them and take their advice. This is how we will begin to flip the numbers game into our favor.

Another Honoree of the evening was Shante Bacon, co-founder of the 135th Street Agency.  Friends of Parlé, the 135th Street Agency, a PR and marketing firm based in New York and Atlanta, has been receiving many accolades of late, rightfully so, for some of the hardest working ladies in the business.  She attended the event with co-founder, Saptosa Foster and her family (pictured below, in blue and white dress). 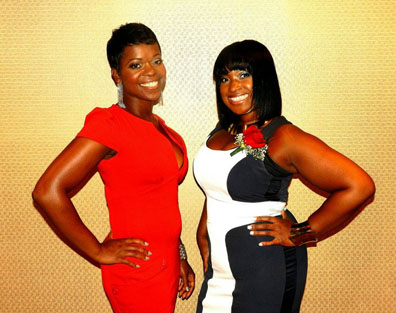 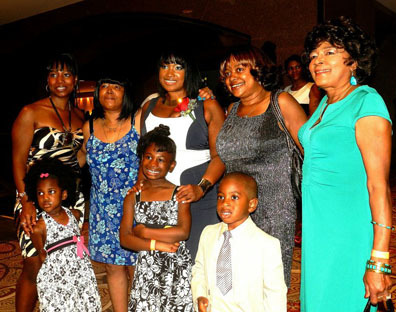 Among the other honorees are Brooke Ellis of General Motors, Shartia Brantley of CNBC / NBC Universal, Shannon Lanier of Black Enterprise TV, Aida Moudachirou of L’Oreal Paris, Derek Fleming of Marcus Samuelsson Group and many more.

For more information about the special issue, check out The Network Journal online at http://www.tnj.com.