Skip to content
Home » “The Soul Man”: Bringing The “Wholesome” Back Into Your Home 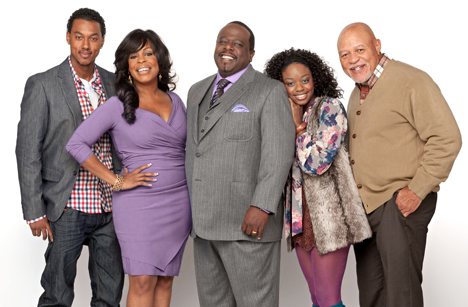 In a society full of “bad girls” and “housewives” there grew an increasingly desperate need for the resurgence of the family friendly sitcom. There are so many television shows out now based solely around both fingernails and knuckles. There are so many shows that use a “cage-match” formula to garner high ratings all at the expense of an impressionable generation. The same generation that could not tell you the difference between a closed fist and an extended hand. Slowly, we are beginning to lose the value of the word “wholesome” and are replacing it with the word “profitable”. However, it is the mission of T.V. Land’s newest comedy, The Soul Man to show that these two words can easily become synonymous.

“The thing that blesses me the most is when I read the tweets or Facebook status’s about the show that express how people watch us with their family. I love the comments about people trying to get home so they and their mom can catch us on a Wednesday night. We really haven’t had appointment television based around a predominately African-American cast in such a long time. I’m so happy to be a part of the rebirth of that,” replies cast member Niecy Nash when asked her overall feelings about the show. 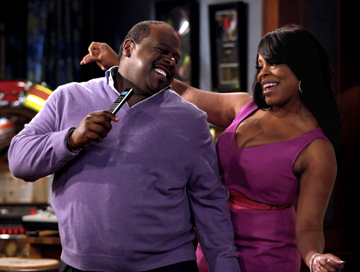 The Soul Man was created by Suzanne Martin and Cedric The Entertertainer, providing him with his first full sitcom role since he played Cedric  Jackie Robinson on The Steve Harvey Show.  It pairs him with director Stan Lathan, who was also the director of The Steve Harvey Show.   The series follows the life of Cedric’s character Reverend Boyce “The Voice” Ballantine. Ballantine was living the high life in Las Vegas at the top of the music charts when he got “the calling” and decided to relocate to St. Louis with his family to become a preacher in his father’s church. However, his family members, including wife “Lolli” played by Niecy Nash and daughter “Lyric” played by Jazz Raycole, are not necessarily pleased with having to give up their flashy superstar life for their new humble one. The series also stars John Beasley as Boyce’s father “Barton,” and Wesley Jonathan as his brother “Stamps.”  “I love the idea of telling the stories of things that I thought really represented our community and a personality I could connect to,” Cedric offers when discussing why he created the show.

The character of Reverend Boyce first appeared on the TV Land show, Hot In Cleveland in 2011.  Cedric took the idea to the next level with The Soul Man, which made it’s debut in June of this year.  “In my stand-up I used to tell this joke about how if R. Kelly became a minister would anyone go to his church? It was loosely based off Al Green becoming a minister and kind of who would be next,” Cedric explained further. “We have these stories throughout our community, be it Mase or Hammer; folks that were popular doing something else and then having to adjust. For this series I really just wanted to show more in-depth that transition.”

Not only has Cedric been successful with portraying this story line, he has also been successful in creating an overall welcoming and enjoyable show for his general audience. The Soul Man is the second highest rated series premiere of any T.V. Land sitcom. 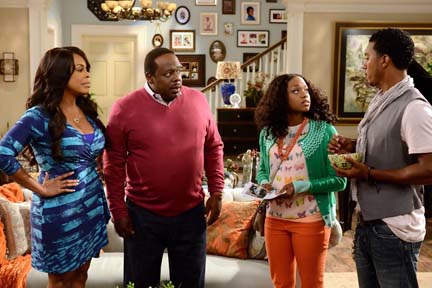 “This is not only a very funny show but it’s a positive show. For the last several years I’ve seen a rise of African-American comedies that aren’t necessarily positive in my eyes. So I just felt like I could sit here and complain about it, or, once the opportunity arises, I could do something about it,” director Stan Lathan said of his involvement in the project. It is that positivity Lathan speaks of that further helps to set this series apart from the rest as the front runner for the African-American community. “This was one of the first black sitcoms I’ve been able to audition for in years,” states youngest cast member of the set Jazz Raycole. A telling statement about Black roles in the industry.

The early success of The Soul Man can be attributed not only to the phenomenal cast but also to the phenomenal network that backs them. “T.V. Land had so much confidence in our concept that out the gate they gave us not only a pilot, but also an additional eleven episodes which is very rare for a television network. It really speaks to their commitment not only to this show but also to the cast of this show,” states Executive Producer Eric Rhone.

All in all, The Soul Man is a dedication not only to bringing positivity back to television but also the image of the African-American family dynamic. With the use of laughter, great actors, a unique concept, and a well-written script, The Soul Man excels as far as television goes to offering family friendly programming.

The series airs on T.V. Land every Wednesday at 10 pm EST. So do yourself a favor and turn off that reality show and tune in to some authentic comedy. You will be glad you did.