Skip to content
Home » Based On A T.R.U. Story – 2 Chainz album review 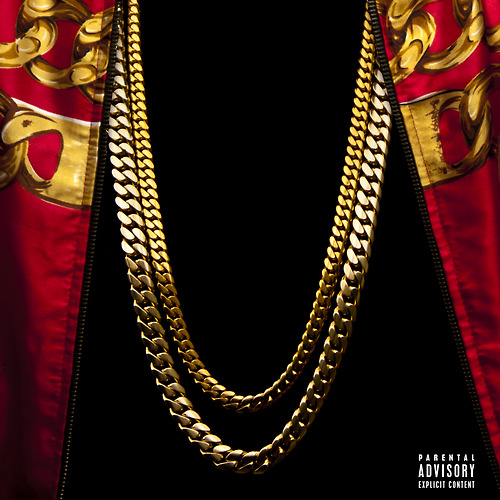 2 Chainz created a brand and a following this year that actually took the industry by surprise. It started last year with his T.R.U. REALigion mixtape and the release of his single “Spend It,” but it continued with his numerous guest appearances. The buzz got him a bidding war an eventually landed him a deal with Def Jam. It also got him a co-sign from Kanye West & G.O.O.D. Music. It was like over night people forgot that he was Tity Boi from the decently successful rap group Playaz Circle, and now he was one of the game’s top names with one of the top 5 most anticipated albums of the year.

With the larger than life hype, Based on a T.R.U. Story had to be amazing to live up to the hype. It’s not. But having listened to him since the Playaz Circle days, I’ve been disappointed with the solo move from the beginning for the most part. 2 Chainz works better with someone to bounce off, someone to challenge him on a record and inspire him to elevate his flow. His original partner Dolla Boi always finds a way to bring the best out of him, as he does on “Stop Me Now,” one of the album’s premium cuts.

The features on the album are many and the industry status is large all around with appearances from Kanye West, Lil’ Wayne, The Dream, Chris Brown, Scarface and John Legend to name a few. All the album’s best highlights feature an artist who help 2 Chainz dig into himself to find something deeper. Mike Posner does this extremely well on “In Town” as does The Weeknd sample used on “Like Me.”

2 Chainz put together a full project with T.R.U. Story. Above all else its better than the T.R.U. REALigion mixtape and it put him in class above many rappers in the game now, based soley on the names he was able to partner with on the project. Most of the music is nothing to write home about, but from everything we’ve gotten from Tity Boi/2 Chainz, we didn’t expect greatness anyway.
#TRU.

Based on a T.R.U. Story (Deluxe Edition) receives a PAR