Skip to content
Home » Has Hip-Hop Become a Detriment to Our Youth? 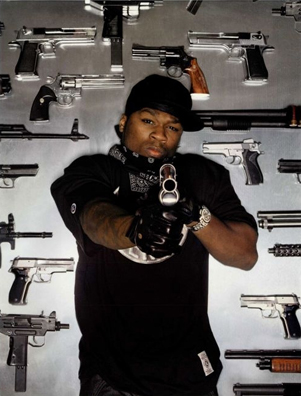 The Hip-Hop we know today has evolved from a very meager beginning. Changes in Hip-Hop have affected the youth of today both positively and negatively. We now have gangster and drug infused Rap, as well as women who have adopted sex laced rap as their niche into the industry.  Have these changes become a detriment?

When Hip-Hop was first introduced in the eighties, it was widely projected as just a new fad that would quickly fade away. It was not seen as a major explosion of thought that it has turned into and some thirty years later Hip-Hop is still holding strong. With the changes in Hip-Hop, we have also seen changes within our youth.

The good with hip-hop is that for many years there was always a positive message in the music and culture. Somewhere along the way that changed. I can remember groups like Tribe Called Quest and De La Soul, Eric B and Rakim, rapping about knowledge of self and party rappers like Big Daddy Kane, Biz Markie, and Slick Rick. We had Mc Lyte and Queen Latifah showing the young ladies positive women who didn’t rap about sex, Salt, and Pepper who taught safe sex and life lessons in their music. Back then, most music videos were being filmed on HBCU campuses. This in turn, gave the youth a sense of pride and hope.

Eighties Hip-Hop also offered great music without profanity and degrading our own people, especially your women. There was none of this teaching the youth how to sell drugs or use them for that matter, and most of all there was no talk of shooting up the enemy. You had Public Enemy with more of a political message, there was N.W.A who showed the gritty street side of politics that really had not been mentioned.

Towards the nineties things changed in Hip-Hop. Young people started buying into the negative message that was being put out, such as drug dealing and gang banging as evidenced by an increase in violent crime and drug arrests. This is when we started to lose some of our youth. As the music became more mainstream, the message was sacrificed for a record label contract and a hit single. The affect the music had on the youth wasn’t considered. When you have young people looking up to a rapper they will try and emulate everything this person says and does, so if they think their favorite rapper sells dope then that’s what they want to do. These same young people start to treat their peers different, become more concerned with meaningless status and trends such as fashion, slang and criminal activity. The youth also get caught up in the so called beefs that their favorite artist are involved in. They will defend every aspect of their favorite artist without understanding that the beef is only to increase album sales, and usually nothing more.

What these young people fail to realize is that they are being sold entertainment that is being passed off as reality. That fantasy is a detriment to the youth of today, the youth are not hearing the music tell them it’s okay to be intelligent, or to go to college or work hard to build a respectable and honest life. Instead, what they hear is that ‘if you buy some dope and move some kilos you can be large like me’. This is the disaster that Hip-Hop has become.

We can see the same affect happening to the young women also. The young women have loosened their moral compass, and have elected to go the way of the women being rapped about.  It seems that in their minds the young man living as if he is the rapper is the catch not the young man trying to achieve through a positive lifestyle.  Moreover, this is a travesty in itself, because we should want our young women to focus on more than a car with rims and a bank roll of money. We want our young women to look at life through clearer eyes than just what they see in a video or hear on a cd.

Will Hip-Hop find a better balance that can affect some change or will we continue to see Hip-Hop be stretched thin, with our youth being caught up in the fray?