R & B superstar and RCA Recording artist, Miguel made a special guest appearance at the Sony Flagship Store in midtown to promote their latest creation, the Sony X Headphones. Miguel snapped pics with fans and then stuck around for a mini exclusive, intimate performance for a select group of individuals.

Accompanied by his guitarist and musical director on the keys, Miguel started the crowd off with his latest single off his sophomore album, Kaleidoscope Dream album “Do You…” Perhaps not the best record for a room seemingly dominated by teens as the lyrics ask, “Do you like drugs?” repeatedly, but he did it with grace.
He followed up with “The Thrill” another song from the new LP. True fams were obviously in the midst as they were able to sing along even though the song isn’t a single.

At the point the audience had earned the hits so he went right into “Sure Thing” and followed it up with “Adorn.” By then L.A. Reid who has his offices in the Sony building had made his way to the middle of the crowd. He rocked back and forth to the music, signed autographs and snapped pics with fans without missing a beat. Most of the crowd didn’t even notice him though, as Miguel had their full attention.
Miguel thanked the crowd and gave away a pair of the Sony X headphones before jumping off the stage and disappearing into the midtown streets. The Sony X headphones are the product of partnership between Simon Cowell and Sony Music Entertainment, formerly known as Syco Entertainment. The X headphones are available at Sony stores online and authorized retailers nationwide for $299. 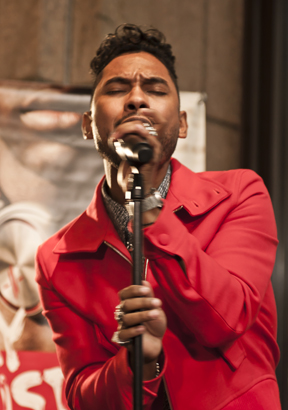 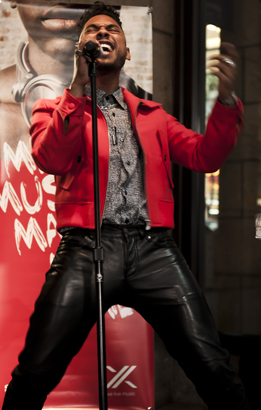 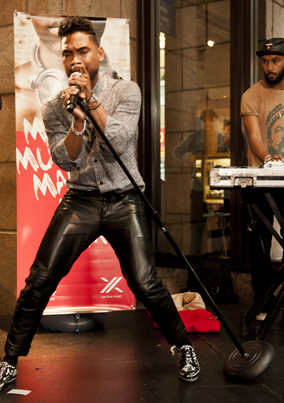 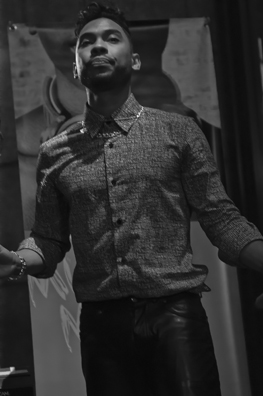