It’s been called Afghan, Bhang, Black Rock. Broccoli, Buddha Grass, Bush, Dope, Draw Dry High, Dubby, Shit, Gage & Ganja, just to name a few.   And there’s  always the ever popular pineapple express strain. Don’t ask me how I know this. Just trust me that I have a passing…Oops I mean a giving…Oops again, I meant to say, a general knowledge on the subject.

For the past several decades, I’ve tried to understand why former President Reagan’s War on Drugs included Mary Jane.  I struggled to understand why this “drug” qualifies for the same punishment and scrutiny as crack cocaine… or dare I say armed robbery or grand larceny?  Why isn’t it treated like alcohol; as a personal vice that if used responsibly has zero to little impact on any of the societal ills that are the result of “real crimes”?

Unlike many drugs, “pot smokers” don’t steal, or sell their bodies in an attempt to support their habit. They usually just enjoy getting high on this relatively inexpensive “drug”. Like alcohol,”weed” alters your state of mind, BUT if consumed in reasonable amounts, one can still function through life with little to no health complications.

Additionally, legalizing “herb” will allow State and possibly the Federal  government to receive tax revenue. Given today’s economic challenges, many government coffers need the added cash flow to balance their budgets.  Also, some of the sales proceeds could be used to fund rehab clinics for the few people that abuse the drug.  This ensures that those that become addicted, like alcoholics, will have access to the support and counseling they need to regain control over their lives.

These solutions, in contrast, actually help the War on Drugs.

Here are some staggering  facts on the amount of people who smoke “roach”.

Given these astounding numbers; Why are we persecuting so many Americans for using this “lesser” drug? 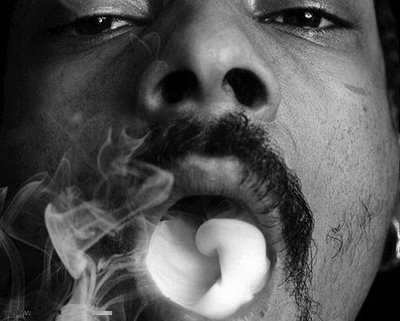 Today, recreational marijuana is now legal in Colorado and Washington. Although these are huge accomplishments for proponents of drug legalization, it’s still a long way off before we can puff “spliffs” in public.  This is because the Federal government still has laws against marijuana possession. It’s laws supersede State Law.

So don’t “break out the Cheetos and Oreo’s cookies just yet.”