Ghana born music producer, Selasi Duse, has worked to create hit songs for a slew of popular artists in the industry.  Selasi recently released Shades of Grey, an EP of his own music, which he labels as a fusion between reggae and Hip-Hop. He is also a part of the team that produced Real Housewife of Atlanta star. Kim Zolciak’s popular song, “Dont Be Tardy For The Party.” The work he and Kandi Burruss put into creating Zolciak’s music has inspired the pair to work with other artists who have similar aspirations of stardom, though they may lack the training and/or technique. The Kandi Factory, a show where Selasi Duse works collaboratively with a team of experts to create star performers out of ordinary people makes it’s debut on Bravo, on April 9th.  We caught up with Selasi to talk about his path into the industry, his current endeavors and Bravo’s latest reality show.  He was full of insight.

Parlé Magazine: Let’s start from the beginning.  How did you end up in Atlanta from Ghana?
Selasi Duse: I came straight from Africa. I had an agreement with my mom. She paid my tuition for college then I could do what I wanted afterwards. I knew Atlanta had an emerging music scene and it worked out.

Parlé: What was your original inspiration behind getting into the music industry?

Selasi Duse: I was in the music industry before I came to the US. I had an album in Africa. I was always involved in music within my church. My father was a deacon and a preacher. My agenda was always music.
Parlé: Why work as an engineer and producer for so long as opposed to releasing your own music?
Selasi: This is my second release. My first was titled, Coming to America. Initially I came out with a demo. When I came to the US I realized there was a difference in the sound between the music here and the music in Africa.  I still had work and growing to do. At the same time people were intrigued with the production, recording and mixing of my music. I worked in the music industry as a producer and engineer while I still perfected my sound. I was able to juggle both and I’m here now. 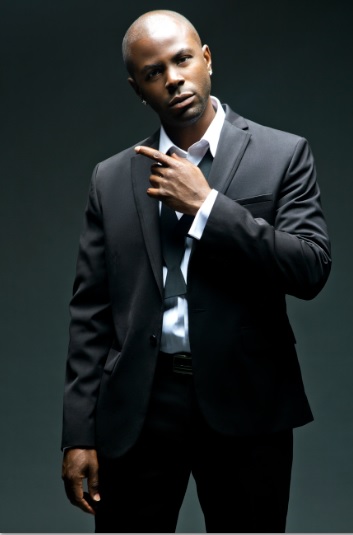 Parlé: Who were some producers you looked up to at that time?
Selasi: I’ve always looked up to Dr. Dre’s production just for his sounds. The way his beats sound you can tell that he puts a lot of work into his music and that’s what I liked.

What was the first song that you produced that got you your first major recognition in the music industry?

Selasi: I did a record for Rasheeda. She was signed to Universal Records. I worked with her on “Murderer” and I worked with Jagged Edge on their album, The Baby Making Project.
Parlé: Do you have a favorite artist to work with?
Selasi: Kandi, I like the way she works. Her writing is good. I also liked working with Q. Parker, he’s amazing.
Parlé: Are there any artists who you haven’t worked with yet but would like to?
Selasi: Bruno Mars and B.O.B. I like the way they sound.  Vocally I like Bruno Mars’s ability. I like his overall talent. His concept when it comes to writing and stuff like that.
Parlé: How did you meet Kandi?
Selasi: We met through a mutual friend. Rasheeda from Love & Hip Hop introduced me to her.
Parlé: What was the thought process behind forming The Kandi Factory?
Selasi: The whole concept was developed when we worked with Kim. After we did that we were like, “Oh what if we had a show? Because we can make anyone be able to sing.” She said she’d go for it. It’s something new to me. We take people from different walks of life and we just go in there and work with them. We have five days to get them from a nobody to get them to an artist who can perform. It’s a lot but it’s amazing.
Parlé: Is it hard to work collaboratively with other experts on one individual to produce an ideal product?
Selasi: It is, but everyone is good at what they do.
Parlé: What is the hardest part about the entire process?
Selasi: The schedule and work. We shoot an episode a week. Three days a week I have to sneak in the studio to produce the project but we have fun at the same time.
Parlé: What is the most rewarding?
Selasi: I think people get a false view of the music industry. You only see the finished product so you don’t get to see how much work goes into that final product. I get to witness when people realize that the only way to win is to finish. We get to push people to finish. I get to see both the finished product and the transformation.
Parlé: While working on other people’s music you’ve also released your own with the EP, Shades of Grey. What is the meaning behind the name?
Selasi: It represents the colors between white and black and musically it’s the same between American and African music. It is a fusion between reggae and Hip-Hop.
Parlé: Why the mixture of genres instead of selecting one that you think will bring most success?
Selasi: It’s a reflection of who I am and where I’m from. The African sound is what I grew up on and it’s what I’m working with. It’s where I am right now. It’s just something, musically, when it came to my project that I wanted–a representation of me.
Parlé: Why so few songs?
Selasi: It’ s giving people a sample of what I’m working on. I feel like each of these songs can be singles.  I like them all respectively.
Parlé: Do you plan on releasing a full CD?
Selasi: Yes, I see myself doing that. After I work on this project. My whole plan is getting this sound out. Then I’ll work on an album to compliment the EP.
Parlé:  What do you want people to take from your music?
Selasi: I just want people to listen to it and enjoy. Current music is saturated. People are looking for good music. My music is about just having the way it was intended to be, without restrictions. My music is straight for people who enjoy music.
The Kandi Factory premieres Tuesday, April 9th at 10pm ET on Bravo.  The Selasi Duse EP, Shades of Grey, is available for purchase on iTunes.
Also Check Out:
Kandi Burruss: Sets the Record Straight
Sir Michael Rocks – A Cool Kid Flying Solo
Juelz Santana – God Will’n mixtape download
Introducing iMega. Brooklyn Bred, Hip-Hop Influenced