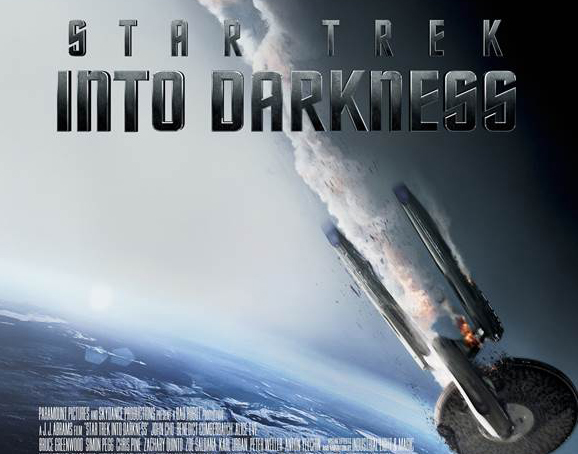 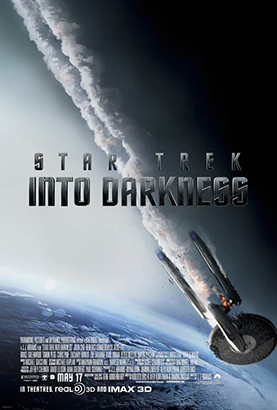 I thought it would be good to have this film reviewed by someone who wasn’t a Trekky, someone who wasn’t even a Star Trek fan to deliver an unbiased opinion on another journey into the Star Trek saga, delivered by J.J. Abrams. So there I was in a theater filled with Star Trek fans, just an urban entertainment journalist, there to support Zoe Saldana (plays Uhura) as she ventured Into Darkness.

The regular characters are all here and they remain true to their original personas, from what I know about them. Mr. Spock (Zachary Quinto), Captain Kirk (Christopher Pine), Doctor Bones and Scotty all find their moments among the star studded cast. The movie continues where the last left off, continuing to tell the story of the early Enterprise crew, still learning and growing as they attempt to manage their spaceship and their dynamic relationships.

Betrayal is the theme here, as Captain Kirk must deal with several acts of betrayal, both mild and severe. His handling of the acts help make him and a better captain and a better leader. As Kirk grows, seems the crew continues to grow along with him.

New characters are also introduced in this film–new to me, but the Trekkies in the theater seemed to know all about Khan. From what I can understand a long term feud has developed between Khan and Mr. Spock, this film being the perfect set up for things to come.

One thing I will say about the film is that the new age feel for Star Trekand the addition of all the new technological advancements to film—including this being a 3D screening—have made Star Trek so much more appealing. Growing up the Sci-fi aspects honestly bored me, but during the film I found myself engaged and wanting to know more about the back story of the characters and the world they lived in. Surely a job well done for J.J. Abrams.

I look forward to what’s next in the saga. Not ready to call myself a Star Trek fan, but I will say that I like where J.J. Abrams is going with this.