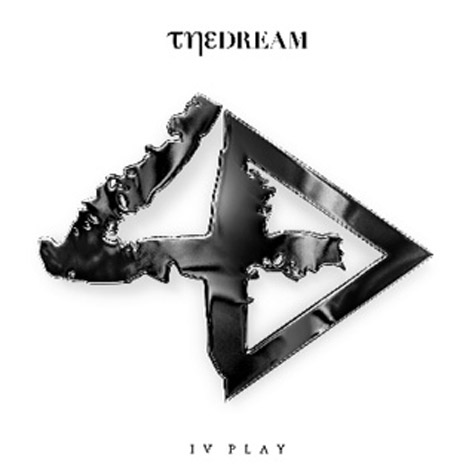 Something is missing on the latest album from The Dream. Once you get past the intricate artwork and the elaborate cover (deluxe version), one thing is obviously different from this project than his previous three major releases–not counting 1977, which was released as a mixtape before Def Jam decided they could capitalize on it financially. Christopher “Tricky” Stewart, who served as the co-producer and co-writer on the first three albums, is nowhere to be found on The Dream’s IV Play. While Carlos “Los” McKinney is still around to provide some production and writing, Tricky is completely absent from the 18 track project. What might be an oversight for most listeners, stood out like a giant nose pimple to me, as I wondered at every misstep ‘what would Tricky do?’  Not to give Tricky all the credit for The Dream’s success, but if you want to know where The Dream was prior to Tricky see Nivea’s 2005 release, Complicated.

The Dream has left his Love series in the past, starting fresh with a seasoned approach here. He calls on a couple big names in Jay-Z, Beyonce, 2 Chainz, Pusha T, Big Sean and Kelly Rowland to help get the album through 3 of the first 5 tracks. Should be noted that on his first 3 projects he had a total of just 5 features.

Listeners who enjoy a braggadocious Dream, similar to that on, “Shawty is A Ten” or the new single,”High Art” with Hov, will be pleased with the project. Straightforward, cheesy metaphors and in your face lyrics run rampant on tracks like “Equestrian,” “New Orleans,” “P*ssy” and “Michael.” If you seek a more soulful Dream, this project won’t have much for you.  Personally, I thought the use of his features was quite underwhelming overall. The aforementioned “High Art” and “Turnt Up,” which includes Beyonce and 2 Chainz lack the creativity one would expect from some of the biggest names in the business.

Kelly Rowland serves as the album’s bright spot, and the best feature on the album. Their duet, “Where Have You Been” would be best served as a single, and probably should be used for her album as well. Besides that record and the title track “IV Play,” there’s not much memorable material here. “Self-Conscious” is a decent gem stuck between some less favorable tracks, but its worth the download.

Honestly if you don’t have the deluxe edition, you’ll forget about this project in a couple weeks. If you have all 18 tracks then you’ve got at least a few extra tracks to pick through. Comparatively this is The Dream’s least spectacular work. His hooks are usually the positive side to his projects, but this time around it’s the chorus that serves as his overall downfall. Which brings me back to my original question.

“What would Tricky Do?!”

Also Check Out:
Lip Lock – Eve Album Review
No ‘Yolo’… Live Life Smart, Not Necessarily For The Moment
K. Michael – An Eyewear Brand Visionary
Fantasia – Side Effects Of You album review
Love & Hip Hop’s Erica Mena Goes ‘Underneath It All’

Danny McFarlane
Processing…
Success! You're on the list.
Whoops! There was an error and we couldn't process your subscription. Please reload the page and try again.
non gamstop on BestUK.Casino