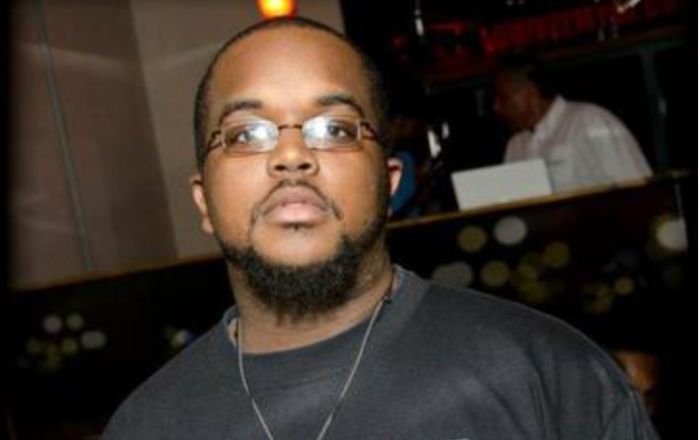 Spoken word is one of the many venues in which silence can speak volumes. The words of lyrical artists can either take your breath away or leave you jaw dropped, thinking to yourself, “Did they really just say that?” Many have come and gone, some maintain, and few can easily transcend from spoken word poetry to music to acting. Christopher “ThePoet Saymo” Fleming is one of the few who makes this artistic switch with ease and is more than eager to share his talent with anyone who is passionate about art.

Chris has been both revered and condemned for his crafty wordplay as well as the truths that he speaks. His fans, friends, and strangers alike have praised him for his genius, unique style and his ability to entertain and inform. While others simply show no love, he keeps pushing forward with what he does best. Formally known as Christopher ThePoet, Chris took on his new handle, Saymo, which was inspired by neo expressionist painter Jean Michel Basquiat aka SAMO, which is short for same old ish. What same old ish is he talking about?

“Arrogance, self-centeredness…microwave poetry,” explains Saymo. “Don’t get me wrong, there are a great multitude of poets out there, but there are many more who use my art to get more p—y. Poetry comes from your SOUL…I want you to describe your cuts to me so well that I look down and see my wrists bleeding.” If that’s not real, someone please clarify for me what is. “They say art imitates life, so…a good chunk of my work is from personal experiences, but Art also creates life,” explains Saymo. “At times, I like to use my work as personal self-affirmations even when grim (those grim times make the best stories even though they suck to go through).” Regardless of your educational background, it is very well possible to not know everything and Chris has seen it and heard it redundantly.

“There are some very Learned Idiots and some Educated Fools who will teach you the inner Matrices of life, but we overlook them because they don’t look ‘Godly,'” says Saymo. Everyone has their own perception of what truth is in this world and Chris is no different from any other spiritually thirsty and socially confused human. The ups and downs of life, he’s been there, done that, and still going through it. Saying that he puts himself out there is an understatement. Out of the many challenges in life, reporting the honest truth about himself has been more than a journey for him. It’s like an awakening to self-realization.

“I could have had a cozy job, a wife and probably kids, a home, etc…but instead I’m sleeping on a twin size mattress with a 60 watt light bulb as as lamp and a busted TV as a stand, single and scarred from heartbreak,” he admits. ‘Starving Artist’ would be the first label that comes to mind, as all writers and lyrical artists are stereotyped as such. Chris has also challenged this label as well as the typical artist prototype by being a purple cow.

“I ain’t doin nothin new, I’m just being myself while I do it…love myself and take y’all along the journey as I learn my crazy self and hopefully, you’ll become inspired to do the same.” Acknowledging that there are broke but not broken artists out there who flew through many rings of fire, Chris hopes to meet and greet with them over some liqs. As a Hip-Hop emcee, it was practically impossible to ignore the concept of Hip-Hop and Rap.

“Rap (one of the four elements of Hip-Hop) actually means Rhythm and Poetry…its the vocals to the soundtrack of the Hip Hoppa. Deejaying is the actual soundtrack. Graffiti is our hieroglyphics that will be studied as a way to understand inner city life and ghetto life at large. Breakdance is our Praise ritual,” Saymo elaborates on Hip-Hop culture. “Pay attention the next time you celebrate, see if you don’t breakdance in some sort of fashion.”

Born and raised in South Carolina, Saymo would love to open doors for artists in S.C. as J. Cole did for North Carolina. As the founder of #teamPOET, Chris has established a team and created a family that is a foundation based on family, love, respect, growth, perseverance, and the vision to Provide Opportunities to Entertain and Teach. He’s gotta give his team proper dues when he sees fit.