Skip to content
Home » J. Peguero – A Lyrical Wordsmith In The Making 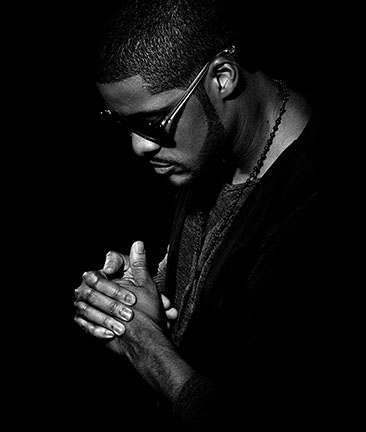 The Dominican born, Brooklyn bred, Miami inspired rapper J. Peguero has had a great amount of success this year. With great praises for his mixtape, A Tale of Two Cities, Peguero is slowly but surely establishing himself as a lyrical wordsmith who’s not just another rapper in this game for money, women and fame.

“I’d rather have a loyal fanbase than win any awards, it would be nice but just because you have an award does not mean people are gonna care,” Peguero explained.  Parlé Magazine had a chance to sit down with J. Peguero to discuss his life, music and what the future holds for him.  Check out the full interview here…

Parlé Magazine: How did you know music was your particular calling?
J. Peguero: I started doing music early on, just rapping in ciphers with friends in the neighborhood. I was just fooling around with it for a while but as I got older I started taking a serious interest in making music. Around 2002, I started taking it seriously by learning how to write music, work on hooks and learning the craft of organizing songs and what goes into it besides just the lyrics and melody.

Parlé: How would you describe your style of music to those unfamiliar with it?
Peguero: I have a hard time explaining that to people because I try to sound as original as I can, but I’ve been told that I sound like Kid Cudi or Drake. I stick to what I know, a New York swagger with a Down South flow.

Parlé: Your mixtape, A Tale of Two Cities has gained a lot of positive attention; can you tell us if this, for you, felt like a long time coming or overnight success?
Peguero: I’ve been doing this for seven years already. I had a mixtape before A Tale of Two Cities that I felt that no one has really heard or paid attention to. It felt like once I dropped those singles (“Turnt Up” and “Callin’”) from this one, that’s when I started getting the recognition and attention I was looking for. It definitely wasn’t overnight, I put in work and still do put in a lot of hard work to get here.

Parlé: Any new projects in the works?
Peguero: Yes. I am working on a new mixtape called Heartbeats. I call it that because I feel that my music is getting more and more personal. I felt it was appropriate to name it Heartbeats because the music was coming from my heart. Looking at a release possibly mid to late summer, I can’t wait to release that because like I do with all my music a lot of blood, sweats and tears goes into my work so that the fans can get to know my story and what I’ve been through.

Parlé: What inspires your music?
Peguero: Life. It’s all about how I’m feeling when I create. If I’m feeling good, I’ll do a party song, but if I’m feeling a bit more serious than I’ll make that song. I’m inspired by whatever is happening around me.

Parlé:  What has been the hardest thing for you adjusting to all this newfound success in the Hip-Hop/Rap game?Peguero: There hasn’t been too much of an adjustment. Yes, there’s been a lot more recognition than I’m used to but I’m a real dude and I try to keep myself humble at all times by not letting the success go my head. I’m still grindin’ and working, I’m just happy there are people listening to what I have to say.

Parlé:  Is there a place where fans can buy your music now?
Peguero:  Right now only my singles are available on ITunes: “Callin,” “Turnt Up” (Featuring Trina), “Down In My City”and “Go!” But if you go to www.jpeguero.com, you can listen to my music there.

Parlé:  Who have you worked with so far and who would you like to make a song with?
Peguero: Right now, I’ve only done a song with Trina. I reached out to her to do that song because it was Miami inspired song. Back in the day, Trina and Trick were the most established artists from Miami and I wanted her to represent that. I’m not too into features because people will say ‘Oh, if it wasn’t for so and so that song wouldn’t be as hot.’ I want to establish myself as an artist first. I do a few collabos with my labelmate George Tandy.  I’d like to do a song with Pharrell. I like his diversity and creativity. I’m a big fan of his music and his productions. Of course, I would like to do a track with one of the greats like Nas, Jay-z, or even B.I.G., if I could.

Parlé: How have you managed to steer clear of any Hip-Hop beef?
Peguero: I’ve always been the type to mind my business and do what I need to do. There’s no time for me to worry about what someone else is doing when I need that time and energy to focus on me. I don’t wanna be your run of the mill rapper with one hot single. I’ve never been into beef or had any with anyone because that’s not what I’m about.

Parlé:  Has the use of social media, helped or hindered you so far as opposed to physical sales?
Peguero: I’d say it’s helped. Thanks to a lot of the Hip-Hop bloggers, they we were the ones that helped spread the word of mouth on my mixtape. I like how we’re able to reach people instantly no matter where they are and share so much. But I’ve seen both sides of this, someone who’s hot online but isn’t doing much on the radio and someone who’s getting mad spins on the radio but not the topic of discussion online. I’m just trying to make sure that everything I do whether it be in the booth or in concert, I’m giving it my all so that my fans know I’m coming with it each and every time.

Parlé:  What are your goals for your career in the future?
Peguero: I’ve always been a creative person. I dabbled in producing on my mixtape. I do hope to be an all around person in the studio like maybe get my own label or produce more but I want to keep writing good stuff and make music. My main long term goal is to always be relevant.

J. Peguero wants his fans to know that he is on Instagram and shout him out (@jpegueromusic) either by uploading some fan artwork, concert photo or just showing love, your photo could be featured on his website (www.jpeguero.com)