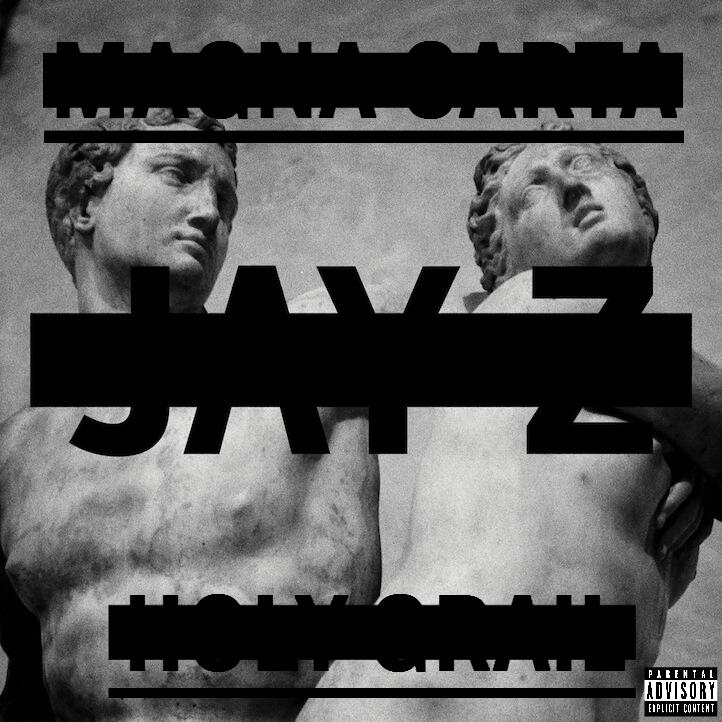 It has been said that when rappers build hype up to the release of their projects that they must live up to the challenge of being able to outdo said hype. When Jay-Z announced to the world that he was releasing a new album, there was speculation as to whether it would be worth the 3 week wait. Unveiling the 16 tracks (17 if you count the bonus cut) in the wee hours of America’s holiday, Magna Carta Holy Grail lives up to its hype and it is arguably Jay’s best, production wise since 2001’s The Blueprint. On the album, Jay Z boasts of what many rappers have often boasted about on their albums – fame and wealth predominantly, but what accompanies that boasting is meditation and rumination on whether those are worth it over family, loyalty and spirituality.

The opener, “Holy Grail,” which gives a nod to Kurt Cobain and industry prominence has a sick beat produced by Timbaland, The-Dream and J-Roc that is able to match Jay’s lyrical sharpness. It is the album’s cornerstone, a testament to the fact that whatever beat Jay is offered, he can deliver. Clocking at almost 6 minutes, it features Justin Timberlake; who at first listen seems to steal the show from Jigga – though once the song is finished there is revelation that this is the rhyme appetizer to the main course that shortly follows. “Picasso Baby” finds Jay pondering on when satisfaction settles in for those who taste the good life with cars, houses, you name it; while “Tom Ford” is hubris at its finest with Jay ditching “pop molly for Tom Ford.” The song comes complete with a Nintendo type beat and bottle blows.

“F.U.T.W.” begins with the line “let me be great..don’t be good, my nigga be great” and captures with its massiveness. There is a hearkening to the Jay of times past – the one that many fans of his have looked for since 2001’s The Blueprint or even 1998’s Vol. 2…Hard Knock Life.

Jay addresses the Illuminati on “Heaven,” a pontification on religion. At face value, the track seems to be one of those you might dismiss, but it will undoubtedly replay itself in your mind once finished especially given the conspiracy rumors that continue to swirl around Jay and his involvement in the new world order. “Part II (On The Run)” features his wife, Beyoncé. Full of syrupy mush and sweet vocal acrobatics from Beyoncé, this is the follow-up to “’03 Bonnie and Clyde,” and surpasses that cut in production and flow. There will inevitably be those that feel Part 1 of the duo’s tête-à-tête was far superior, but “Part II” is hard to ignore.

“Jay-Z Blue” allows Jay to incorporate Biggie Smalls grunts and speak on fatherhood in a blunt way. The track once again reminds us why Jay has continued to take center stage whenever he releases an album. “Nickels and Dimes” closes out Magna Carta and feels as if it may have been a better fit in the middle of the album rather than at the end.

Let’s face it. At this point, Jay-Z has nothing to prove to anyone. He does not need to prove he can rap, nor does he need to assuage fans who feel he sold out following the release of In My Lifetime, Vol. 1 in 1997. Magna Carta Holy Grail, holds its own being more revealing, more introspective and more to the point. It offers an extended perspective into the billionaire’s frame of reference on life while maintaining the stop people in their tracks, barely break a sweat wordplay.

Kevin Benoit has 1810 posts and counting. See all posts by Kevin Benoit