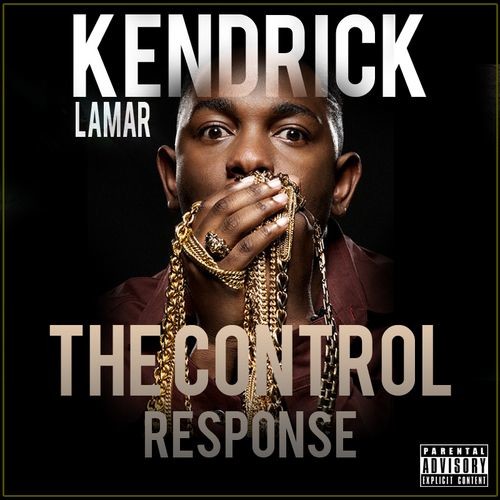 It’s no secret that Kendrick Lamar has already made a name for himself as one of the top new rappers in the game right now. Kendrick’s control verse has made prominence in Hip-Hop official. The verse has had the entire Hip-Hop community talking.

Rappers such as Lupe Fiasco and Joell Ortiz have offered up responses to the verse with freestyles of their own. Most recently, Eminem has made his own freestyle response. Some fans have said that they  are glad that Kendrick challenged the rappers, while others aficionados say that he was out of line. Then there is also the sentiment that the rappers that Kendrick Lamar didn’t mention in his verse shouldn’t even bother with their responses. However, I am one of the fans of Hip-Hop that can’t wait to hear responses from more rappers,whether he mentioned them in the “Control” verse or not. Why? Because it will bring back something that has been missing from Hip-Hop in the recent years. Pure competition. It is this level of competition that has makes lyricism in Hip-Hop more noticeable.


There have been plenty rap beefs and feuds in the recent years, but that is not the same as competition. There is a difference between rappers making diss records against each other simply because of a dispute and rappers trying to prove that they are better than the next rapper. You can easily find rappers who have recently went at another rapper’s throat because of an ongoing feud or a verse that was taken as a sneak diss. But when is the last time you heard about a new hungry artist trying to take the spotlight. When is the last time you heard about someone going super hard in the rap scene to keep from falling into the shadow of another rapper? How many times have we heard rappers who sound incredible on a solo track, but sound completely different when it comes to a feature with other rappers? The latter has been happening far too often. This is why lyric’s in verses often go unappreciated unless the fans know that two artists are beefing.  But when you have rappers trying to claim that they’re the best and that their lyrics and flow are the best instead of just making it about embarrassing an enemy, that is when other artists will step their game up and fans will take notice.

What I am saying is that Hip-Hop has lost it’s competitiveness throughout the past few years. No one saying that they’re the king of the South instead of T.I.; no female rappers other than Lil’ Kim saying that they’re a better MC than Nicki Minaj; really no rappers in general just coming out to say “I’m the best MC and I dare anyone to argue”. Kendrick has changed this. With just one verse, not only did he say he wants to be known as a better rapper than his competition, but has made rappers come out to dispute the claim that he is better than them. He has brought a little more competitive edge to an era of Hip-Hop that is full of friendly features, shout outs and feuds that have nothing to do with music. Maybe that’s why rappers like B.O.B., Cassidy and most recently, Joey Bada$$ have made their responses. They felt the need to challenge Kendrick Lamar and prove that they aren’t ready to just hand the crown over to another MC. This type of competition is what Hip-Hop is all about. Even Pusha T has recognized that hip hop is better when it’s competitive without beef by saying that Kendrick’s verse was “sport”. This is why Kendrick Lamar’s verse on “Control” is the best thing to happen to Hip-Hop this year in my opinion.