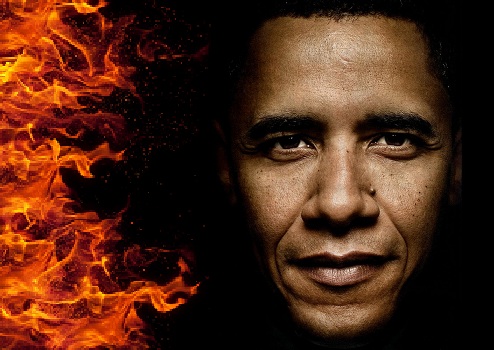 As the collective chorus of political punditry dooms the Affordable Care Act, aka ACA, aka Obama Care, one must step back from the noise and look at the issue plainly.

Last week President Barack Obama put it in clear terms when he publicly told the American people during his press conference that the new health care law is a “policy” and not a “website.”  However, he personally accepted accountability by acknowledging that the website “hasn’t worked as smoothly as it was supposed to work.”   Nevertheless, he continued to urge Americans not to be discouraged from registering for health insurance because of the problems that have plagued its rollout.

In his words, “the Affordable Care Act is not just a website,” he said. “It’s much more.”

I find it entertaining to watch baby boom age political talking heads on cable news trying to analyze the hi-tech challenges facing the ObamaCare website.  It’s analogous to our grandparents attempting to review Jay Z’s new Magna Carta Holy Grail album. They clearly have no idea what they are talking about.

Whether it was Apple’s iOS 7 software, Xbox’s initial platform, Microsoft Windows XP, COE, Vista, 7, 8 or even the popular Twitter social media site; many large-scale tech rollouts have always been riddled with glitches. This is a reality of evolving technology trying to match the demand for it.  Informed Americans have not abandoned those inventions because of the challenges faced with its introduction.  Instead, Americans have learned to wait as keen technical minds work tirelessly to identify the source of the bugs and then fix it.  That’s why today we have a wealth of “firmware” updates released across the web to fix the issues with the software we’ve come to depend on.  This is a common aspect of the IT age and we all understand and accept it.

Today, many people on the political right are rooting for ObamaCare’s failure.  The challenges with its website provides another tactic to ultimately destroy the new health care law in its infancy.  However, the irony is that when the Republicans passed the Medicare Part D law during the Bush administration, it’s implementation in 2005 and 2006 were a complete failure.  These same Republicans that are now denouncing the Affordable Care Act’s rollout, previously asked Americans to be patient and not to pre-judge the Medicare prescription plan they voted for based on a few technical problems.

Here are a few of the comparative issues between the two laws rollout:

Decrying the ObamaCare website is simply an uninformed call of “Fire” where there is none.  The goal of its opponents is to scare millions of Americans away from the potential benefits of the program once it gets its footing.  The new health care law will provide Americans with:

As you sit back and watch cable news “analysts” continue to push back against ObamaCare, simply enjoy the show.  Eventually, the website issues will be fixed and Americans will realize that the only thing that was on “fire” are the lies from the President’s political opponents.

Also Check Out:
War on Drugs Effects on the Black Community
Family Loyalty (Where Does It Start and Where Does It End?)
Football Night In America – Reality of the Concussion
“Meeting” Mike Tyson
Are You An Endless Dreamer?
When Race Is A Primary Deterrent – Racism In America