One of the Bright Spots of the New School, Rapper Dee-1

New Orleans has been well known for many things, the obvious being great food and an amazing football team, however their rich history in music is what separates them from many other places in the world.  For the past decade artists like Lil Wayne, Juvenile, and Birdman have had the New Orleans Hip-Hop scene locked down, however it looks like it’s time for a new leader in New Orleans Hip-Hop market. His name is David Augustine Jr. better known by his stage name “Dee-1,” which he created by taking the “The One” and flipping it into his own. 2010 is when Dee-1 began to shine brighter than most as his controversial song “Jay, 50, Weezy” gained a numerous amount of attention creating a buzz that he couldn’t imagine. Since then he has simply been on fire.

Singles, mixtapes, and sold out tours, Dee-1 has done it all even opening up for acts like Drake and Lil Wayne just to name a few. His faith and determination can be credited to the reason why Dee-1 has been able to achieve this level of success. November 2013 the story only got better as RCA Records inked a deal with the New Orleans native. Plus he recently joined Lupe Fiasco on a nationwide tour, an artist he admits to looking up to. This road to success for the twenty six-year old emcee has been dreadful, painful but nonetheless, a dream come true. If Dee-1 symbolizes anything, it’s that hard work dedication and a giant leap of faith can lead you into the right direction.

Dee-1 has always been one to watch. From his days at one of the more academically advanced schools in Louisiana, “Ben Franklin High School” where he was a basketball star until his days now where he performs for thousands with some of the same lyrics he wrote before his recording deal. His New Orleans roots are deeper than an accent, it’s nearly embedded in him, using his upbringing as inspiration for the music he creates.
When listening to Dee-1 you’d probably never believe that his lyricism has changed drastically since the early years when he attended LSU. Sparking the mature lyricism was the aftermath of “Hurricane Katrina,” one of the most devastating moments in American History. The loss of family, friends and personal items struck a nerve in David and inspired the then LSU student to change his approach and speak with a purpose. “It wasn’t the loss of my personal things that mattered to me, it was seeing my family’s house destroyed that really affected me,” Dee-1 admits. 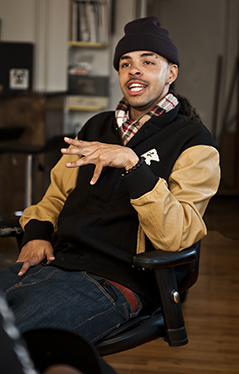 The road to music stardom wasn’t as easy as this story may suggest, it was an uphill battle that included hard work, dedication a huge leap of faith which led to the success he is having now. After college, Dee-1 led students in the classroom as a life skills and mathematics teacher in New Orleans. This experience meant many things but far more than anything it meant David had the opportunity to change students lives, something he takes extremely personally. Somehow his classroom of maybe one hundred fifty was a broad enough group for the ambitious emcee.  Battling with thoughts of being able to affect one hundred fifty or binge able to affect thousands was a no brainer. He planned perfectly for the moment, saving money and preparing his mind to leave the classroom and pickup the microphone full time. His mission not so long after was to head to the school he taught and dismiss himself from his teaching gig. Nervous, he drove around the block a couple times, and even made a call to his best friend to make sure he was making the right decision. After a while he eventually drove up to the school and did it. Dee-1 recalls, “The sky never opened up and the sun never shined so bright.” With no steady income or assurance that income would even be possible Dee-1 began his pursuit of a music career.

Musically Dee-1 has always been influenced by the greats of his region such as Mannie Fresh, members of Cash Money Records, and Soulja Slim. His musical influences don’t reflect his personal artistry, it’s the total opposite. No curse words, positive messages and rhyming with the purpose of changing the world. In 2004, long before leaving his teaching gig, the New Orleans emcee made his entrance by releasing his mixtape It’s Only The Beginning, which was titled perfectly. Only the beginning was correct, from 2004 -2013 David’s ability to consistently release musical content has been impeccable. In 2010, however David’s career took an exciting jump when he released I Hope They Hear Me Vol.2 a sequel to his remixes of industry tunes, this project instead had entirely brand new music. Spawning singles like “Jay, 50, Weezy” a track aimed at the industry moguls asking them to readjust their focus from popularized habits and refocusing onto other topics that are affecting the majority of people. Unsure of exactly how the industry would take this song, Dee was admittedly nervous about the reception it would receive, but it ended up working fantastically. After this release Dee-1 became known to a few who may have not understood or weren’t aware of the buzz he had in New Orleans. He followed up with The Focus Tape and The Psalms of David, which propelled Dee-1 to another level.
Psalms of David Vol.2 is the latest installment for Dee-1. Using the same formula that seems to be working for him, he is simply making great music. Taking about four months to create the project in its entirety Dee-1 has been plotting on taking over the industry with this project. Led by single, “Walking Revolution,” the video shows Dee-1 giving food to the homeless, a act that stems from his giving personality. Following up was a single titled “I’ll Pay For It,” which is a flip of a Soulja Slim songs “Pay For It” simply rhyming about paying others to switch from the negative things in life to the more positive. Released to the world on November 19th his latest body of work is his best work yet. 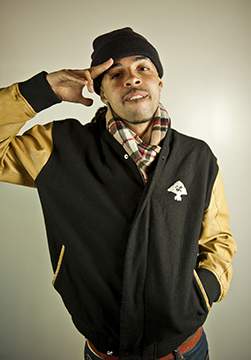 When asked what’s his favorite song on his tape he responded instantly, “They are all my favorite, I love all of them equally.” To go along with the release of his mixtape, Dee-1 has tons to celebrate, including his recent major label signing and his latest tour. As for what’s next, he’s unsure but still his message and mission remain the same. Taking one day at a time and living life to the fullest has been the mindset of Dee-1.

Performing for thousands each night Dee-1 is very appreciative of the blessed position he’s in. The commitment to work hard and consistently release music is something he is never let go. Psalms of David Vol.2  is a small taste on the limitless talent and creativity this New Orleans native possesses. Now one of the newest faces of New Orleans the future is bright. Dee-1 is doing his part to let his city remain a premiere staple in the Hip-Hop game. New Orleans passes the torch to the leader of their new school, Dee-1.

Also Check Out:
Kendrick Brought Competitive Edge Back To Hip Hop
Joshua Rogers – Loving His Lord Under All Conditions
Brother Ali – Creating His Own Space
Jon Jon Augustavo – Visualizing Concepts For Life
Lil Wyte – 12 Year’s In, With No Filter