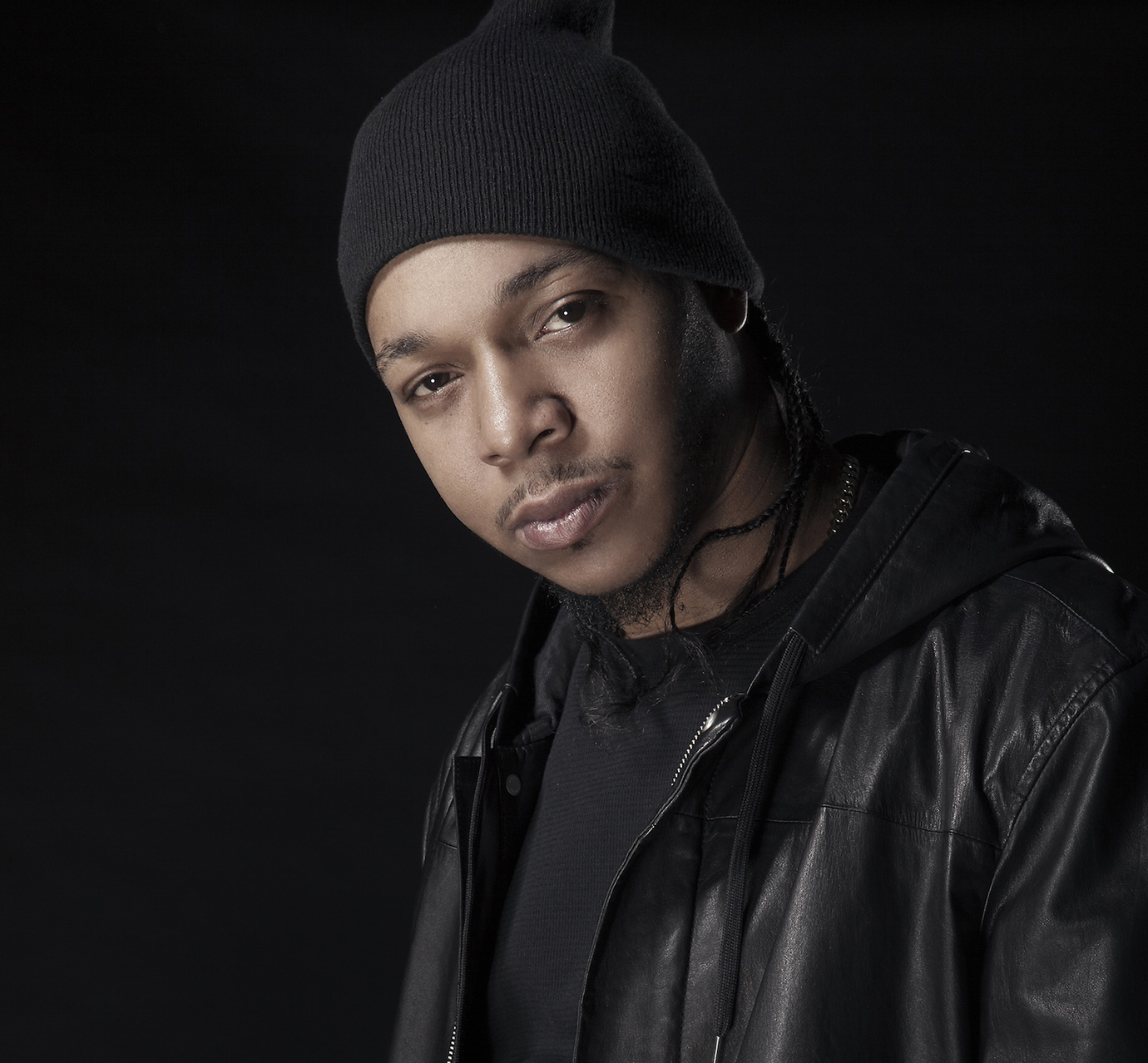 Recently I got the opportunity to interview underground Rap phenomenon Trayvis Ruff aka T.R.E. His latest single, “Sound Good” is currently rising with radio play around the globe. Trayvis who was born in South Carolina, grew up in Maryland and is now resides in Atlanta where he is climbing the charts with his inspirational mix-tape, On my OWN. He’s most definitely somebody to keep a look out for. Check out how cool and down-to-earth T.R.E. is in our interview below…

Parlé Magazine: I must say T.R.E. “Sound Good” is an awesome track, its different, it shows your versatility and more importantly it’s REAL… What was your inspiration behind this track?
T.R.E.: Basically it was to get on the radio, and I said I guess I have to say a whole lot of outrageous s& to get on the radio… and here we are.

Parlé: You definitely hit some pin points because a lot of people try to do the most outrageous things to get play on the radio, but from what I took from the song is that you don’t have to change, your music speaks for itself.
T.R.E.: EXACTLY… What I was really trying to let people know is that no matter how crazy people sound sometimes, things will pretty much work itself out, but it’s crazy how it worked out because it’s definitely on the radio.

Parlé: I read your bio and I understand that life was really tough growing up for you.  Is it safe to say that the hardship of your childhood is one of the reasons that push you to keep grinding as hard as you do? Do you think that because of all the things you’ve seen and endured, that it has kept you grounded and determined?
T.R.E.: It’s kind of like you realizing that this life is not even for you anymore and you can’t end up like everybody else. You got to do it, if not you then who else.

Parlé: T.R.E. your style is very different; everything from your lyrics to the ruggedness in your voice when you rap, there is no wonder why people compare you to the likes of Andre 3000, NAS, and DMX. Who would you say was your favorite rapper growing up?
T.R.E.: Actually I couldn’t name just one; See I liked music, but what did it to me was the fact that you could tell a story that people could relate too. I listened to Bob Marley, that’s one of my favorite artists, but I like all kinds of music, just good music. I couldn’t say one rapper but my influences are Pac, Scarface, Jay-Z, NAS, and Snoop, I like Good music… it depends on my mood really. 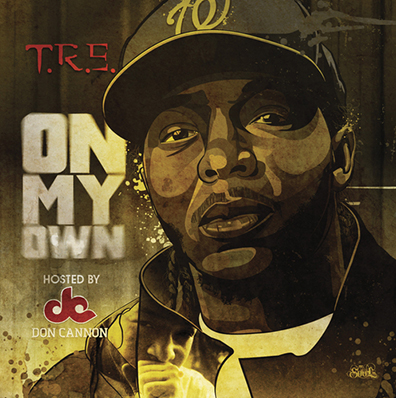 Parlé: Your Own my OWN mix-tape is AWESOME! With tracks like “My Homeboys Couch,” “Truly Blessed,” “Entitled,” and “Empty Promises” just to name a few; I definitely see why you are a force to be reckoned with. What is something you want your fans (old and new) to take from this album?
T.R.E.: Basically it was something for people to ride to, for everyday people to ride to, that’s really why I made it. I just got tired of getting into the car and not having anything to ride to and everybody else was saying the same thing and nobody is listening to the radio anymore; just put their CD in and listen to one song and then put another one in. Like man, no good music, you know what I mean, that was my inspiration to make this album. Everything on this album is genuine, I don’t do that hood s$*%, so every song is going to have a point, it’s going to touch on some topics somewhere and it’s going to touch the listener.  I promise, it has to in some kind of way, even if you haven’t went through it, the song will make you feel where I’m coming from.

Parlé: I feel you on that one T.R.E. because “My Homeboys Couch” spoke to me. Like I said early I read your bio and I already knew that you actually wrote this song ON YOUR HOMEBOYS COUCH. The song spoke to me, it was so inspirational, the song itself had an overwhelming realness about it, which is something a lot of rappers are notspitting today.
T.R.E.: The funny thing about that song is back in the day I used to do open mics, I would go by myself while others went with their squad so they can cheer for them and stuff. While they talked all the gangsta stuff, I would perform that same song and win and everybody would clap; I would turn their fans into my fans, folks would be like how could you go up there and say that stuff, and I would be like, ‘it’s the Truth.’

Parlé: On this album you had a chance to work with DJ Don Cannon, what was that experience like?
T.R.E.: It was great man.  It was a dream of mine, for a long time I was holding on to music waiting on a deal, everybody was talking about signing me but we just couldn’t agree. So I said ok and I sat down and plannedthings out.  I wanted Cannon on my mixtape and had a partner of mine who knew him and he had him check out my Youtube and the next day I heard back and Cannon was like the music is incredible. That right there was like a big boost and he had signed up to do it, and it was just like a dream come true. Cannon said “Man this is INCREDIBLE” and he really wanted to be part of it, so we established where I wanted to go with it, I had explained to him that the major labels didn’t understand, but he did.

Parlé: As an upcoming artist T.R.E. do you think at this time and age of music, it would be better to be signed with a label or to stay independent? I only ask because so many artists of today are branching out from their labels and creating their own.
T.R.E.: I would say it depends because I believe that its easier with the label. They have the ability to make you a star and make your name known. Being an indie artist, I believe that the hardest part is getting the exposure; although if you can get your exposure by all means stay independent. If you can’t, then I would go with a label because I don’t know how folks will find you. It’s rough, it’s a thin line; for me I love the creative control, it’s nothing like having control over your music, I couldn’t deal with someone trying to change my music, that’s one of the main reasons I remained independent and didn’t take the record deal. You’re not yourself anymore.

Parlé:  Speaking of the record deal, all these labels that wanted to work with you, they tried your sound, have you found or are you still looking for a label to call home that is not trying to change your sound? Given your history I know you’re not going down without a fight because as an artist you are unique and sometimes record labels either want to tweak you up or tweak you down and it’s not fair to your artistry or to your fans because it becomes like you’re turning into a sellout. So would you rather keep fighting the good fight and still do your own thing, I ask because listening to your lyrics I know you are not going to give up and throw in the towel.|
T.R.E.: I couldn’t have it any other way; I probably couldn’t live with myself. I couldn’t even do music anymore if I couldn’t be me. It wouldn’t be no point; I could have a check but I don’t think I could sleep with myself. I mean all my life there have been people telling me to just go ahead and do it until you can get in and then you can really deliver the message you want to deliver, but I feel like if I do that, the people I’m trying to reach wouldn’t even check for me after that. The only label head that really supported me and believed in me and felt like I shouldn’t change anything was Irv Gotti, but that was back before his label went down.

Parlé:  And I agree DON’T change anything, your lyrics speaks the TRUTH and Honesty and it has a Message in it, which is something a lot of music is missing… The message!
T.R.E.: Thanks Ja’me, that’s exactly what Bob Marley’s music has, a message.

Parlé: Last but not least T.R.E., what advice would you give to a young fan who is trying to make it in the industry?
T.R.E.: I say if you’re really serious about it, you should know it’s going to be rough. You got to be down for yourself because things will get tough, they going to call you or don’t call you but you have to remain strong and focused.

Also Check Out:
J. Holiday – Keeps On Pushing On
Comedian Marcus Banks – Started From The Bottom
Actor Leon Takes Us Deep Into His Latest Movie Role
Joseph “Teeny” Barrino – Standing On His Own
2 Pistols – Independently Coming Back Hard

Kevin Benoit has 1810 posts and counting. See all posts by Kevin Benoit