Your worth is determined by your hustle, more true in business than anywhere else, those that succeed display a tireless initiative and knack for providing quality. To say that Tone Trump is merely a hustler, or a rapper, would be an understatement. The mind frame of a mogul is what has allowed this West Philly representative to rise, like the Phoenix in many cases. A product of grassroots approaches to an industry that can be unkind to those who lack stamina and persistence. With a fresh start at hand, the Top Notch Entertainment CEO is pushing restart in some ways, but getting back to the same old business in others. Understand the mind behind Westside Story, Lets Win and more. Meet Tone Trump…

Parlé Magazine:  I wanna start off by saying that the buzz surrounding your forthcoming Westside Story release is really elevating. I’ve been watching the campaign as it evolves. For those who may not be in the know at this time, break it down for them the concept behind Westside Story. Is it autobiographical?
Tone Trump:  Westside Story is my EP, which will be available on iTunes. It’s inspired by where I am musically right now, not so much a direct depiction of my life persay. I feel like if anything its our story, as a people, coming from poverty; anyone that comes from poverty, can relate to it. I know where I come from, there’s this sense of feeling like outsiders, we come from the ghetto, you know? And in terms of where the game is at with Hollywood, or even the industry period, there’s a lack of authenticity. Gotta shout out Taya Simmons for working with me on it. I need for the people to go and get the project, so they can get the full idea, don’t wanna give too much away prematurely. It will be released this Spring in full.

Parlé:  How did your alliance with the super talented Taya Simmons come about?
Tone Trump:  As far as me and Taya joinng forces, I would have to say that began back in about 2010, I was up in NYC at the UMAs and I won the award for Most Exciting Artist that night which was a blessing. Taya was actually there doing some work with Mysonne, who was in the same category. Long story short I was there just being me, being familiar, when we spoke she mentioned that she was working on a reality show pilot and that she would be reaching out. Over the years we have stayed in touch, and I have witnessed her growth in this business, and just from a creative standpoint; in my opinion she is the next Quentin Tarrantino, or the next Benny Boom. The quality is amazing, that red beam. She is next, hands down.  When we met I already knew about her work with Fred The Godson, Pusha T, L’orel but now a days its about her own brand, and she is taking it to the next level. As you mentioned, we’re a team, and I am just glad to have her be a part of everything.

Parlé:  You were one of the first artists, especially on the independent level to really take advantage of the DVD wave, in terms of promotional tools and really getting your brand to a recognizable level; talk to us a little bit about how important those outlets were for you.
Tone Trump:  I came up on the DVD circuit at the time when it was at it’s height. As artists, its hard to get on the radio, but with those outlets I was reaching more people than radio could in a sense. WorldStar Hip-Hop was on the come up around the same time. Here in my city, Philly, I was blackballed a lot so having a chance to push my brand to other places really helped. Shoutout to Sub Zero and DJ Dupree, he always showed me a lot of love, and helped with the push. Before long I was up at MTV; going from DVD to MTV, I was really proud.

Parlé:  You have always had a strong presence in NYC, the market has really embraced you. Was that a calculated move of yours, to make sure that New Yorkers were in tune with your movement?
Tone Trump:  Definitely from the gate. Even growing up, as a hustler or whatever I always thought bigger. I was the type who liked to get my money OT. I had a strict mom, she was young, and very sharp so I had to make moves in other places and build relationships.  The reality is if you ain’t known in NYC, you ain’t working hard enough.  I am one of the only Philly rappers that has that kind of presence in the city, I’m talking about getting my whole crew in any club, hitting up the Jovan’s, the DJ Self’s, the Flex’s of the world dropping bombs on my songs. I was a showcase killer for quite a while; between that and my NY family Piff Unit it made it more valid.  Every part of NYC has embraced me. I got family in Linden, I’ve shot videos there, up on Gun Hill, anywhere. That’s real. Most of these dudes back here never even did shows in NY. To me that’s crazy. I never skipped steps, I did the shows, I tore up the internet; I’m touring heavy, we talking Ohio, Michigan, Wisconsin on New Years Eve that just passed, all through the Midwest. I’ve done a lot while people sitting home. I tell the young hustlers think global. Make noise in your market, but don’t sit still.

Parlé:  We touched on Westside Story, but I gotta get into the fact that we’ve been waiting for a while on the Hustler’s Story. Any updates on the release of the album?
Tone Trump:  Right now the plan is to release Hustler’s Story after the run with Westside Story. My goal is to make it a trilogy: CD, Movie, and book. With that project we have to take it to the next level. I am at the table right now with some deal offers and I can say that they’re all looking like 7 figures.  The thing for me is I want ownership, and I am not ready to part ways with that so we are negotiating. God willing, it will be out this year. For now, the focus is Westside Story. Me and Taya have big plans for it. Its for all the hustlers as well. The book is done, I gotta add, its just about releasing it through the right situation. In the meantime, go check out the Westside Story trailer. 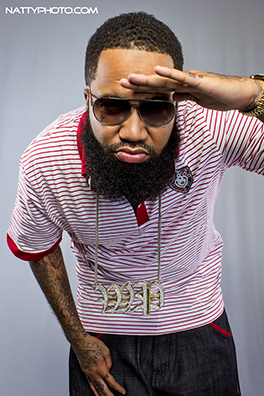 Parlé:  You know we can’t get outta here without speaking on the Jeezy, and the CTE situation. Are you stil signed to CTE?
Tone Trump:  When people ask its like theyre always anticipating me saying something negative. I saw in the news that the brother Jeezy is going through it, for the record that’s my brother; he’s not my boss no more, but that is my brother. There’s no deal with CTE anymore for those that wanna know, cut and dry. But let’s be clear, I made money rocking with Jeezy, I traveled the world. I was at his son’s Sweet 16, don’t let TMZ twist it. I reached out to the label to send my best wishes. I learned a lot in that period of time. I got my own imprint now, Top Notch Entertainment. I gotta tell you man, I’m so real that even if I had an issue with Jeezy or with the CTE situation, yall wouldn’t never know it. He a millionaire, I keep those people on deck. (laughs).  You gotta understand the dynamic, its people that don’t rap that are up there at CTE, my guy Carbon 15, Stone, Dred, these are real dudes; on top of that there’s artists that I fucks with like Wink Loc. I wanna see them all win.

Parlé:  What’s the latest with the Let’s Win Brand?
Tone Trump:  My hustle is outstanding my brother, its a blessing from Allah. I wanna say too that I did that symbol before Jim Jones. That’s the homey and all but I thought about it first. Basically I remixed the LV logo and 40 days later I was in all the malls, literally like 40 malls country-wide was placing orders. The brand is definitely still moving. I just did a whole Deathrow tribute line that the people can be on the lookout for. You can get it at www.westsidehustler.com I am heavy with the merchandise; we got westside hustler cups and more. For next winter we are working on outerwear. The goal is to continue to push. I got my check (laughs). Support a hustler.

Parlé:  What are your thoughts on the Philly rap scene right now with the success of Meek Mill and some others.
Tone Trump:  I definitely want to shout out Meek Mill for repping the city; gotta shoutout those that came before and set the scene; Beanie Sigel, Peedi Crakk, the whole State Prop, the Roots. Right now though I am so focused on me. I show a lot of people love, but I am about Top Notch Entertainment. To the others coming up, do ya thing.  Be smart as rappers, we are a target. But there’s definitely a lot of dope talent in Philly. Hip-Hop Since 1987, I salute.

Parlé:  When its all said and done, what will Tone Trump’s legacy be?
Tone Trump:  The greatest hustler ever to live. Made it out, came back and gave back. Seeing 21 where I’m from is a win, I want my kids kids to be good. Shoutout to all the hustlers, free Ace Capone. I wanna go down as the greatest hustler through providing programs for kids, jobs for ex-offenders, its so much deeper than rap. I am too smart to just rap, I’m a mogul.