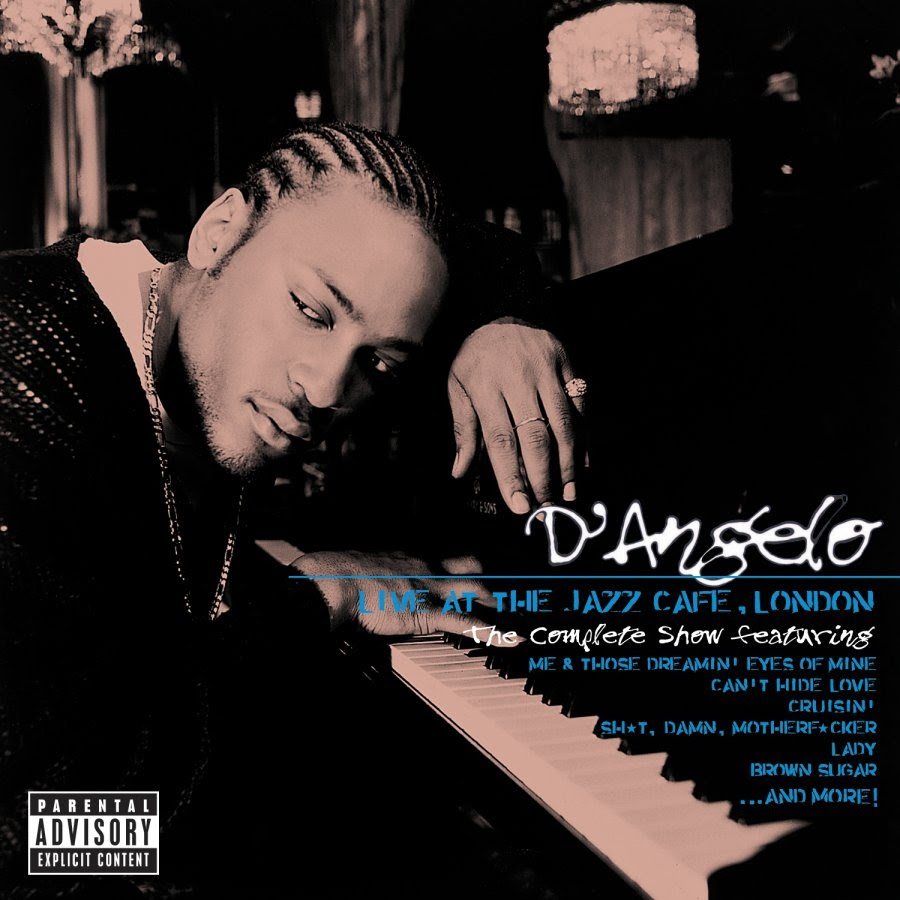 Whether you remember him for his cool demeanor and corn row braids or his perfectly chiseled body he displayed in the video for hit song, “How does it feel?”, one thing is clear: you cannot mention neo-soul without mentioning D’Angelo.

Best known by many as a prolific writer and producer gaining his first big break in 1994 when he co-wrote and produced “u will know”. The song was featured on the soundtrack to Jason’s Lyric with vocal contributions from Gerald Levert, Brian McKnight and Usher to name a few. The following year, D’Angelo released his debut album Brown Sugar. Following the success of Brown Sugar, D’Angelo went on a nearly five year sabbatical despite being in high demand. During that time, however, D’Angelo traveled performing oversees and recorded Live at the Jazz Cafe’, London in September 1995. The album was released through EMI records which folded in that same year which limited distribution. The album was re-released just a week ago and includes five additional recordings.

The live album showcases everything D’Angelo does well. The richness of his voice matched precisely with the ebb and flow of excellent musicianship takes each song to a whole new level. On The Ohio Players’ cover, “Sweet Sticky Thing” the singer pulls back his vocals allowing the instruments to set the mood. The instrumentation is occasionally interrupted by the singer’s lucid falsetto. Unlike the original version, the horns take a back seat giving ear to the rhythm of the drums. However, in the very next song, “Jonz in my bones”, the keyboard and horns are front and center. Other covers like “Crusin'” are both recognizable yet distinctly D’Angelo. The marriage of creativity and homage to the original lends itself to a nostalgic tribute.

The “live” factor offers an additional layer to the already incredible music. With background vocals from Angie Stone (whom he also has a child with) as well as a hand picked band under the direction of Yoshitaka Aikawa, D’Angelo combines diverse sounds that coalesce into a monolithic experience.

D’Angelo is able to slip seamlessly into his own material offering the same care and precision used previously. He holds closely to the recorded version of “Me and Those Dreaming Eyes of Mine” yet expands “Brown Sugar” into an over 10 minute serenade. Here, his clever uses of adlibs, instrument solos and pregnant pauses captivate the audience.

If you are a D’Angelo fan this is the perfect album to reminisce. If you are a new listener, you’ll appreciate the neo-soul sound that D’Angelo was a pioneer in creating. Regardless, you’ll be nodding your head and losing yourself in the music.

Live At The Jazz Café, London receives a PARLÉ