Skip to content
Home » Jimi: All Is By My Side movie review 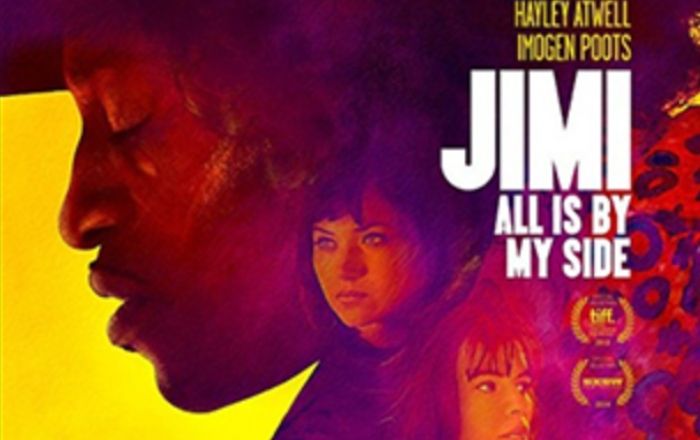 Telling anyone’s story can be tricky because it can go wrong in a number of ways. From focusing on the wrong details or overlooking something that viewers were looking forward to. When the subject is someone like Jimi Hendrix, who few really knew, it gets that much more difficult. Though he is well regarded as one of the greatest guitarist ever, his career really only spanned 4 years. That gives you a specific time period to focus on, but it also demands that you show why he deserves all the acclaim in huge chunks.

Jimi: All Is By My Side did have a great first step in having André Benjamin (André 3000)an equally eclectic and enigmatic artist portray Jimi Hendrix. Its also written and directed by John Ridley, who put together 12 Years A Slave. The story builds around the fact that Linda Keith (girlfriend of Keith Richards at the time) helped build the Jimi James buzz and eventually would secure him management and transform him from a little known guitarist that played open m ics in the city to a Jimi Hendrix. The film intentionally looks at the year before his career really took off and thus Ridley didn’t want this to be a bio-pic, although it feelsnlike one. The films focus is much of his early difficulty communicating with people Linda would bring around because he didn’t like to define his music nor did he enjoy having to sell himself.

The film doesn’t look much at his time in America or working with other American artists trying to build their careers. In fact, there are moments when you completely forget that Hendrix was American and had any sort of American ties, since everyone but Jimi has an accent. The majority of the movie looks at his move to London to begin working with “Chas” Chandler, a drummer turned manager who saw potential in Jimi and moved him across the pond. From there Ridley looks at the struggles fitting in and making a mark, in part because of his alcohol and anger issues.

Ridley is very intentional with his moves for the film, portraying Jimi in a completely honest view for one year of his career. For the viewer that can be good or bad. Much like 12 Years A Slave, you get what you get and you have to be willing participant for 116 minutes.

The Jimi Hendrix family and estate didn’t approve any of his music for the film either, so while you hear elements of what his sound was like, it doesn’t provide the feel of a genuine story of Jimi Hendrix. But once you realize its not supposed to be an entire story, its easier to digest. Just enjoy the snippet and hopefully it inspires you to learn more.

Jimi: All Is By My Side receives a PAR