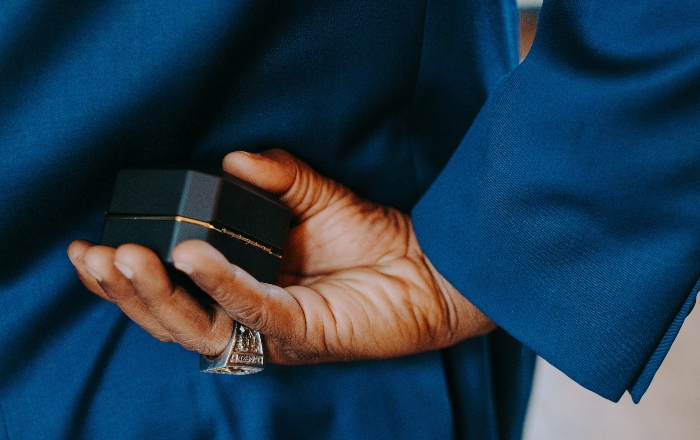 Picture this: being down on one knee, looking lovingly up into the eyes of the one you love. You take a small velvet box from behind your back and open it, showing the ring that is inside to the love of your life. Removing it from the ring box, you place it on their ring finger and with as steady of a voice that you can muster, you utter the words “Will you marry me?”  More often than not, this is a scenario in which the man is the one doing the proposal. Well, brace yourself as a new trend of women doing the proposal is on the rise.
Traditional gender roles when it comes to male/female relations are continually changing. When asked on a date, women started feeling more comfortable paying for their own meal as to not feel any sort of obligation to the man. This assertion of independence transitioned to women asking men out on dates and often times paying the entire bill.  Then ladies started wanting to be boo’d up with their man… living under the same roof. This was the actions of the independent, “I got this!” take charge type of lady. So is it a natural expectation that the next phase would be for a woman to propose?

When I hear on social media, the news or even on TV shows (scripted and reality shows) that yet another woman has popped the question to her man, I start to wonder if she is doing that because he is not moving fast enough for her liking or if she feels he needs a little “encouragement” to get him to the alter. Whatever the case, what is the rush? Why is this trend gaining so much momentum as of late?  It appears to be widely accepted mostly amongst those that are in their early-30’s and younger. But even Beyoncé recognized tradition and sang about letting a man “put a ring on it” and in the song since he didn’t, she moved on! Do we need more anthems like that for women to put a halt to this trend?

Some might speculate that with the ratio of available men to available women being in favor of the man, some ladies are maybe feeling that “If I don’t snag him now, some other female might.” While I feel my sister’s pain on that “How long must I wait?!” question, especially if the woman has been waiting patiently for years, there is no guarantee that a proposal from her man WILL actually happen.

I can appreciate a woman that knows what she wants and isn’t afraid to go after it, but when it comes to the union between the two sexes in holy matrimony, why do the “man’s work”?  More often than not you are going to be taking HIS last name upon marriage, not vice versa so let that man propose to you! I know that might sound old school or really old fashioned, but there are still some of us, male and female, that miss some of the traditional practices and traditions of yesteryear. For instance, a man opening the door for a woman, walking a lady to her car or front door, asking a woman’s father or head male in her family for his blessing in marriage.

I really miss chivalry or the chivalric code that seems to be lacking these days. And just think, can we actually name any classic songs about marriage and proposals from the point of view of a woman doing the asking? Not to say that a classic marriage song like “Hear & Now” by Luther couldn’t be sung by Patti Labelle and still pack the same punch, but I think you get what I’m saying…