Skip to content
Home » Chris Miles Finds His Stock Rising In Hip-Hop, One Milestone At A Time 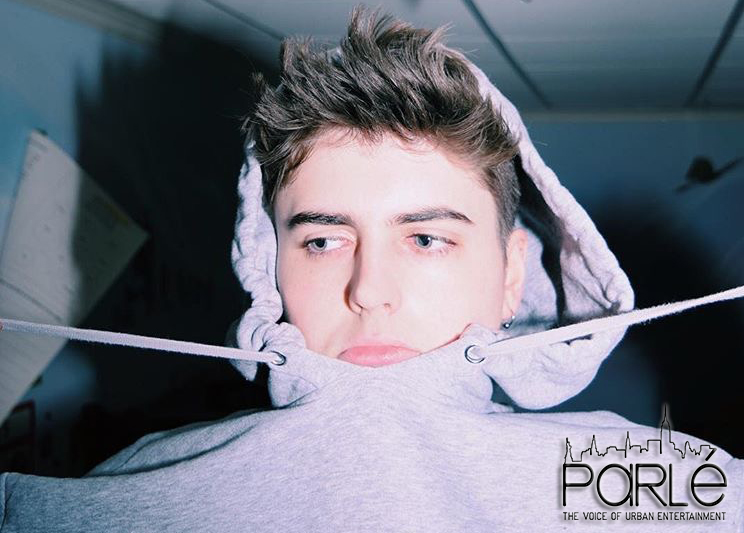 18 year-old rising Hip-Hop artist, Chris Miles has seen his stock steady rising since he first made some mainstream buzz back when he was 13, with his song (“Dial Tone”) making it to WorldStarHipHop.  The Suffolk, Long Island native was signed by Warner/Chappell the following year to a distribution deal and he’s continued to make an impact on fans and even accomplished artists and producers in the industry. He’d received praise from the like of Cam’ron, Tony Yayo, Chris Brown and many others and as he continues to find success.

The son of a drummer, Miles grew up listening to a lot of Jazz, but when he discovered Hip-Hop it was artists like Eminem, Jay-Z and Kanye West who he gravitated to.  The Jazz upbringing and artists like Frank Ocean and more recently PartyNextDoor have helped Miles develop a more melodic sound in his own music, singing on a couple of tracks as he eases into solidifying his own sound.

Earlier this year, Miles dropped his EP, Milestones, a seven-track set, released via T3, an independent production label. Milestones offers a quality look at the sure Hip-Hop star.  His lyrics are impressive, his content is mature and his talent is undeniable.  Complete with a number of visuals, Milestones is catching the eyes and ears of audiences and laying down the foundation for what looks to be a long and successful career.

We caught up with Chris to talk about the new project, his latest visuals, battling depression and much more.  Check out the full interview below.

Parlé Mag: What first got you interested in making music?
Chris Miles:  I would be young, in middle school and used to just come home, sit on my laptop  and make song and put them on YouTube and see if they would hit. Eventually I started getting better and more people would see my stuff and I got inspired by that.

Parlé Mag: I know you’re from Long Island, what was it like being from that area, and trying to make Hip-Hop?
Chris Miles: It was cool.  It’s like an hour away from one of the biggest cities in the world obviously (NYC), but at the same time I feel like I’m in the middle of nowhere. It’s trees, farms and a lot of nothing over here, really boring, so I’m thankful to be close to the city.

Parlé Mag: What was the moment when you knew you really had what it took to take things to the next level?
Chris Miles:  I was 12 or 13 when one of my videos got on WorldstarHipHop. It got on there randomly overnight and in like a couple days it had like 3 million views. And when I was super young I started going to Cam’ron’s house and just playing records and he was telling me, ‘yo you got the shit’, and that’s when I was super young so that’s when I knew. The OG’s are fucking with me! I know it’s lit.

Parlé Mag: Let’s talk about this Milestones project. First of all, the name, why’d you go with that?
Chris Miles: It was inspired by just going through a lot. I was going through label bullshit, losing friends here and there, and just learning the industry, I feel like I went through a lot to drop this project. And also, my middle name is Miles, because my dad named me after Miles Davis, and Milestones is one of Miles Davis’ album titles.

Parlé Mag: You’re a very melodic artist on some of your tracks, do did that come about? And how do you make that transition in style as a young artist?
Chris Miles:  I feel like it all depends on what your style is, every artist is different. That’s just the music I like to listen to, melodies and things you can sing along to evoke certain emotions, more than just rapping would. So I like to do both. 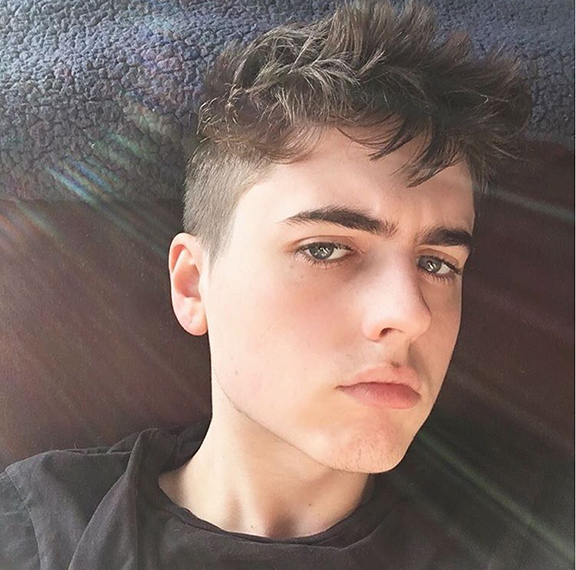 Parlé Mag: You’ve been rapping for a long time now, looking back at your journey, what do you think about where you’ve come from to now?
Chris Miles:  I’ve been rapping since the age of 13 so it feels like a long time, and it feels like I been doing this forever but I wasn’t even ready back then. That was just training and it helped me grow as an artist.

Parlé Mag: What’s been the biggest lesson you’ve learned in the industry so far?
Chris Miles:  Don’t get too down on myself because this industry has the tendency to make you depressed. People will tell you that you’re no good or that you don’t have what it takes. I been told by legends in the game that I’m not ready yet or I’m not good enough and to come back in a couple of years. All that does is make me want to work harder.

Parlé Mag: One of the tracks of Milestones is “Scumbag”, talk to me about putting that together?
Chris Miles:  That’s probably one of my favorites off the project. I did the song with the guy who produced “No Problem” for Chance The Rapper (Brasstracks). I went over to his crib in Brooklyn and we chilled in his basement where he made the beat from scratch and I wrote the verse right there. I feel like a lot of the things I do are looked down on. In high school I was ‘the rapper kid’ and then people would be like, ‘oh he’s a scumbag’, but I feel like I was just weird because I was in my own lane.  So I figured I would just make a song like, ‘yeah I’m a weirdo but at least I’m going to make music and be a weirdo.

Parlé Mag: On the track you talk about people asking you about college… first of all are you done with hs? And have you decided on college?
Chris Miles:  Honestly, I get home schooled right now so it’s all online classes that I can get up whenever and do, but I be slacking because I’m lazy as hell. When I’m doing school work I just be thinking, ‘I could be writing a song right now’. I should be done with it in a couple of months, but I just don’t think college is for me. I feel like you go to college to find a career, but if you already have a career it kind of defeats the purpose.

Parlé Mag: Right. Fair enough. Jumping back to the Milestones project, before “Scumbag” you released “Wake Up”. Talk to me about that track and the corresponding visual.
Chris Miles:  That was shot with my video team Strange Nature. They live like 30 minutes from me so we had mad time to just sit down and brainstorm.  We literally just shot that in an office building, we had fog machines and all that. The song is inspired by me being depressed sometimes and just going to sleep instead of dealing with my problems. I used sleep as like a coping method and I would just say fuck it, but I realized that that wasn’t doing anything about it, so I wrote a song about it.

Parlé Mag: You’ve mentioned depression a couple of times now and I feel like there are so many artists these days that are dealing with it (Wale, Cudi, Cole, the list goes on). And you just mentioned that Hip-Hop and the expectations can lead to depression, but do you think that there’s a way to make it easier on young artists so they don’t have to go through those struggles of depression?
Chris Miles:  Well, I think it’s really just outlook. A big reason for my depression, I always felt like if I have this happen I’ll be happy. Like if I have a lot of likes on instagram, I’ll be happy or if I have a lot of followers on twitter, I’ll be a happier person.  But then, I got that stuff and I wasn’t seeing the results in my music, so that would just cause me to get frustrated and get depressed.  I feel like it’s all about your outlook. If you feel like something is a bad thing, it’s a bad thing. If you feel like something is a good thing, it’s a good thing. I feel like everything is just mental.

Parlé Mag: I must say, I think it’s deep that you acknowledge your depression and have an understanding of what’s going on, even though you’re just 17. Because there are folks twice your age that still don’t understand that what they are going through is a state of depression.
Chris Miles:  Good looks

Parlé Mag: You’ve been doing this for a long time, what’s your support look like right now?
Chris Miles:  My mom’s has always supported me. It’s hard for her to understand it because she’s like a nurse, but she’s also married to my dad and he’s a drummer so she’s always had to deal with musician struggles. My parents have always been supportive. My sister is in 8th grade and she’s always playing my music for her friends.

Parlé Mag: What advice do you have for young kids trying to be in a position similar to yours?
Chris Miles:  Keep following your dreams. If you’re talented, just keep going.

Parlé Mag: What do you think the biggest misconception about you is so far?
Chris Miles:  People look at me and think I’m just a white rapper that’s a  younger kid. It’s hard for a white rapper to get respect but then they see me and think I’m young too… but once they see that I have bars and that I’m a cool person. It’s hard for people to see that I’m a cool person.

Parlé Mag: What are you up to when you’re not making music?  What do you like to do?
Chris Miles:  I’m probably watching “The Office” on Netflix and chilling with my homies. I don’t do much besides music.  It’s always on my mind and even if I’m doing something else, music is what I’m thinking about. I always have anxiety about what I’ma do next. I gotta record this song tomorrow or I have to get this song mixed.  Especially now that I’m about to turn 18, I’m not a little kid no more, I can’t rely on anybody else.

Parlé Mag: If people haven’t heard Chris Miles, what’s one song people have to listen to in order to understand who Chris Miles is?
Chris Miles:  Definitely “Scumbag” because it says a lot about who I am as an artist and it says a lot about me as a person as well. So I feel like if you’re only going to listen to one song to get the gist of who I am, melody wise and rapping style wise then that would be the song.

Parlé Mag: What’s next for you?
Chris Miles:  Right now I’m just trying to get as much free music out as possible. I know that these days you just gotta keep dropping music, keep building up the fan base so that’s what I’m trying to do now. 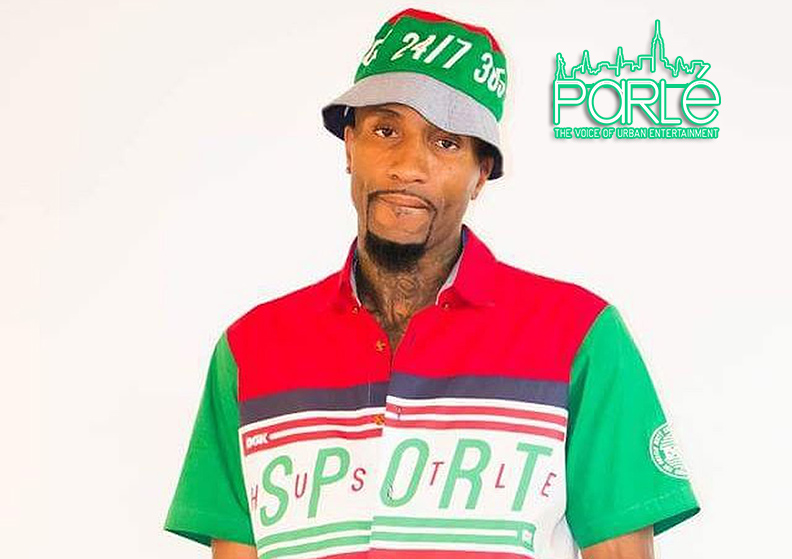 [INTERVIEW] Rapper Quan Reflects On The Opportunities Hip-Hop Has Provided

An Introduction To Rapper-Poet, Noname – Another Shining Star Out of Chicago

5 thoughts on “Chris Miles Finds His Stock Rising In Hip-Hop, One Milestone At A Time”