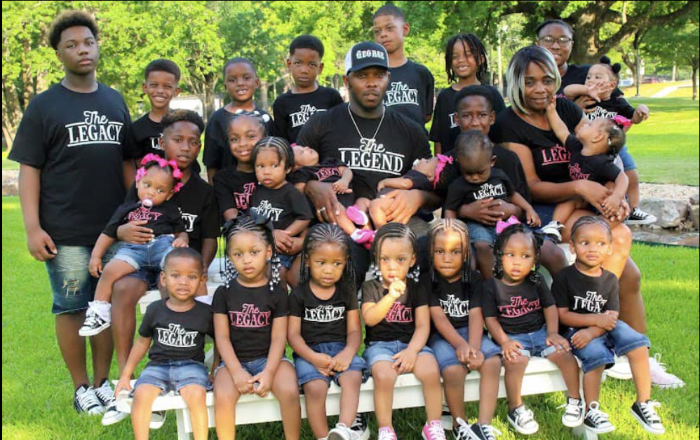 Man with 33 kids goes viral after posting a family photo on Facebook. Nick Cannon has some competition out in these streets!

Demond George, the man with 33 kids, went viral on social media for posting a family cookout photo on Facebook. He has a mixture of elementary school kids, pre-teens, toddlers and infants. While it’s clear he has a large family, nine of his children are missing from the photo. 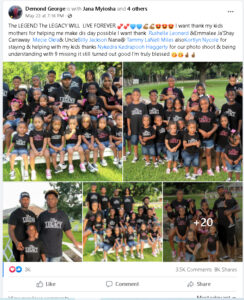 Social media was disgusted, concerned, angry and confused by the man with 33 kids

33 children. This is so irresponsible and nasty. pic.twitter.com/y4kLJZIVAg

Every time he stepped out the house pic.twitter.com/GTJ508WQlK

THIS is what’s Destroying the black community pic.twitter.com/8ozQn8cEai

Oh now he really is that episode of svu😵‍💫😭pic.twitter.com/kepHKEQycb

He oldest on the side like “this nigga insane “ pic.twitter.com/5ZmR7VzPNT

Nigga got 20 grand …. Ok? Can you make it 33 bands? A band for each kid ? Like his character don’t even give me good father.

Him when you ask how many baby mamas he got pic.twitter.com/hyUflEsfui

That why Kings had multiple wives… man seed was to spread and as statistics tells it this year alone was the lowest birth rate in a generation so Kudos to him n Nick for repopulating the earth.

Demond was so livid at the online criticism that he went on Facebook live and lit into everyone. He started throwing money and calling his critics bitches. He deleted the original live but check out a clip of it below:

Social media didn’t think his response was called for but others in his Facebook live empathized since ‘we don’t know this man from a can of paint.’

He also said he slangs dick all over America (he’s a truck driver) so it’s possible that some of these women had no clue he had all of these kids. But for the ones who did and still procreated with this man??? You’re just as nasty and irresponsible.

why you on this man’s neck here online, he your daddy or sam’in

if you angry with him dm him your peace, stop trying to make other people hate him too sis

What do y’all think about the man with 33 kids? Comment below.