Skip to content
Home » NBA 2020 Draft Pick Retires: “It Began To Destroy Me” 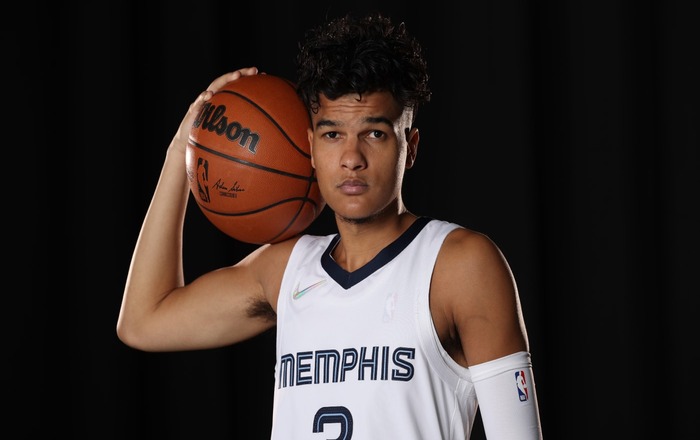 When a lifelong baller retires after two years in the NBA citing anxiety and depression — it clearly shows you money does not buy happiness. Tyrell Terry, a Dallas Mavericks second round draft pick in 2020, has announced his retirement from basketball. On Thursday, via Instagram, the 22-year-old deemed playing in the league “the darkest times” of his life.

The 2020 NBA Draft Pick expressed in his post: “Intrusive thoughts, waking up nauseous, and finding myself struggling to take normal breaths because of the rock that would sit on my chest that seemed to weigh more than I could carry.” Terry retires early and clarifies further: “This is just a brief description of the anxiety this sport has caused me, and while I’m grateful for every door it has opened for me, I can’t continue this fight any longer for something I have fallen out of love with.”

The Dallas Mavericks drafted Tyrell Terry out of Stanford in the 2020 NBA Draft with the 31st overall pick. During his rookie season, Terry played in 11 games for the Mavs, however, was waived in October 2021. The guard then signed with the Memphis Grizzlies and balled in two games before being waived yet again in the offseason. Following, Terry played for the Memphis Hustle (the Grizzlies’ G-League squad) and appeared in 29 games while averaging 13.2 points, 3.2 assists, and 3.8 rebounds per game.

Terry continued in his post: “To most, I will be forever known as a bust, a failure, or a waste of talent. While those may be true when it comes to basketball, it is the biggest failures in life that lead to the greatest success. There is more for me out in this vast world and I am extremely excited to be able to explore that. And for the first time, to be able to find my identity outside of being a basketball player.”

“I am eternally grateful to those who have believed in me and apologize to those that I have let down,” the now retiree concluded. “But I’m headed down a different path now, one that will hopefully lead to happiness and being able to love myself again.”