Hosted by Dallas Penn through OnSmash.com, the concert also featured the likes of Stalley, Emilo Rojas, Scram Jones, and Brooklyn’s own Duck Down Records label-mates Skyzoo and Sean Price.

The audience was sprinkled with different cultural backgrounds and Hip-Hop heads, stomping on the hardwood floor of the ballroom.  The weed smoke in the air mixed with the twirling strobe lights really gave off a high feeling, and the Rap music played against this backdrop just took you as high as you needed to be, even if you didn’t smoke!  Talking about the marijuana, one fan in the crowd turned to his friend to say “It smells great in here!”

As far as the performances go, Stalley represented for his hometown of Ohio with his five-track set.  His beard would remind anyone of Freeway, but the band behind him definitely set him apart.

Skyzoo kept the crowd alive, which did seem to fall asleep after a while, waiting for the arrival of Styles P and others.  Jamming to old school tracks like Nas’ “N.Y. State of Mind,” Mobb Deep’s “Shook Ones, and Pete Rock and C.L. Smooth’s “They Reminisce Over You,” just to “Make sure we was in New York still!” Skyzoo said.  That was definitely the case.

The Purple Haze being blown throughout the ballroom was evidence enough, if not the New York fitted caps, baggy jeans, and Timberland boots.  Speaking of purple, Sean Price was drenched in the color as he took the opening acts home with his performance.  Even though they messed up his intro, Price came back out in a Bruce Lee-like fury.  “They fucked up my intro ‘cause it was so many people out in the hallway.”  Said Price. “Anyway, throw that back on, and ya’ll act like ya’ll never saw me!”  With Price on stage, and the upcoming main event, 2010 felt more like ‘95 briefly.  Back in the time of The Notorious B.I.G. and Tupac, when the East Coast was Rap music, Saturday morning cartoons and your bowl of cereal!  Back when rappers shot their videos in front of their buildings and they were shown on Video Music Box.  Price left the stage a little after he paid homage to his Boot Camp Click brothers by rapping the verses off of “Lelfaur Leflah Eshkoshka.”

Lyricism was at the front of the line.  No dancing…well, save for the women there with their dates that couldn’t help sit still.  But the acapella freestyles from all of the artists that performed kept the crowd attentive.  All the opening acts did their thing, giving the crowd some good music, performances, freestyles and keeping their eyes open til…

A high, and drunk Styles P hopped on the stage in a gray hoodie, black vest and black hat, screaming out to his fans during a song break “I’m gonna keep it 100 right now, I am stuck!  I don’t give a fuck right now!”

That same energy Styles displays on his records, he displayed on stage, backed by D-Block and DJ Green Lantern himself.  There was also a surprise appearance from Consequence, and Pharoahe Monch, who performed “My Life” with Styles.  The shocker of the night was the Jadakiss showing, who performed the now classic track “We Gon Make It,” after Styles finished a couple pulls from his blunt on stage. 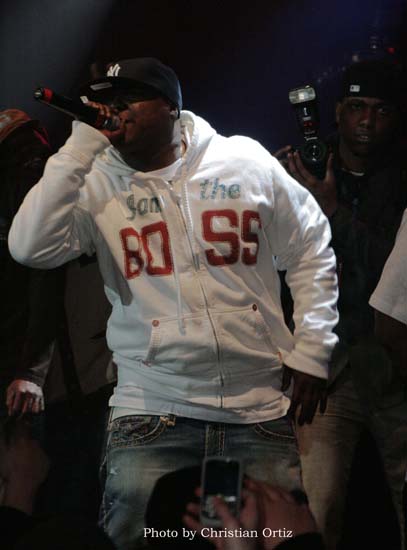 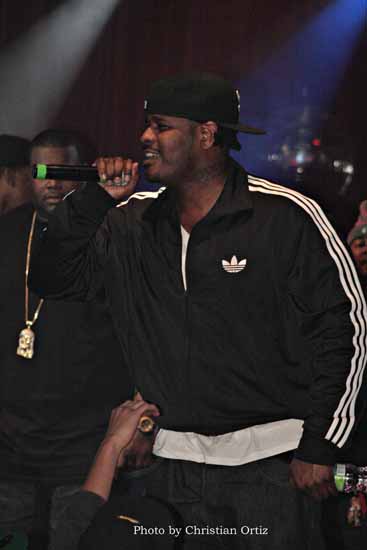 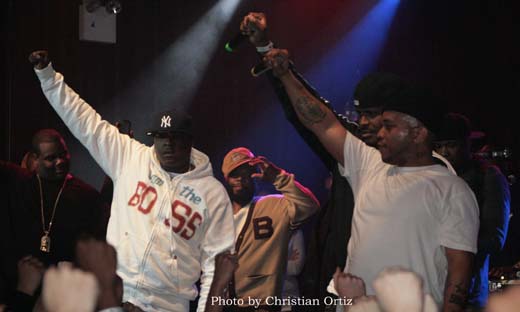 It was definitely a concert for the people, and Styles showed how important that was to him when he climbed down offstage and into the sea of Hip-Hoppers, breast-stroking to the middle of the crowd, and “Wildin’ Out” with his fan base.  Sheek Louch’s “Kiss Your Ass Goodbye” rang through the speakers while phones from all over the room recorded video and took pictures.

All in all, the promotion for The Green Ghost Project seemed to work.  The fans were intoxicated by the drugs, alcohol, and the slew of old and new music from Styles and the L.O.X.  Time will tell if people will actually buy it, but one thing is for sure: if this concert was a CD, it would go Diamond without a doubt 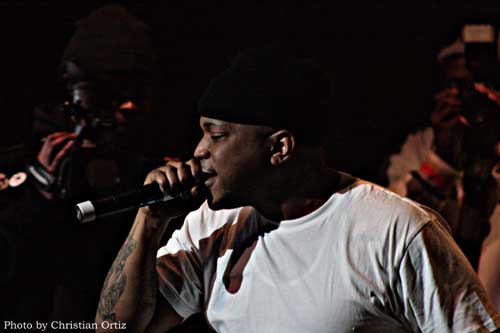 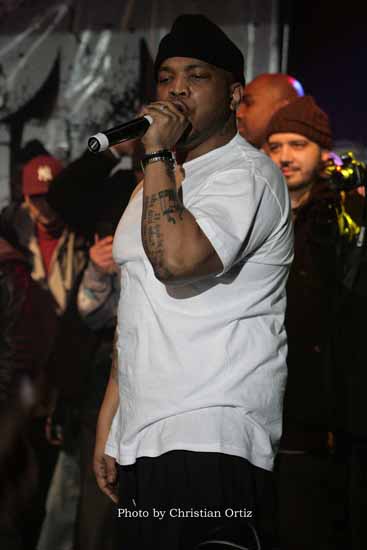 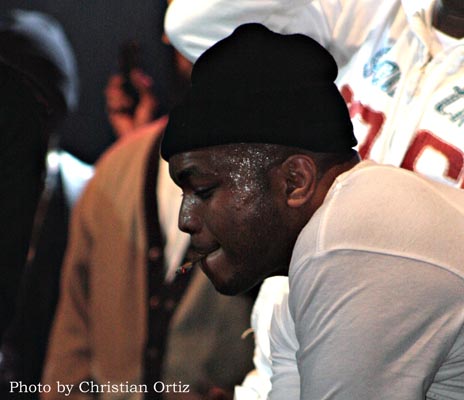 WBA Lightweight Championship Goes to ‘Tank’ Davis in Round 6 TKO