Skip to content
Home » Getting To Know Sullee J 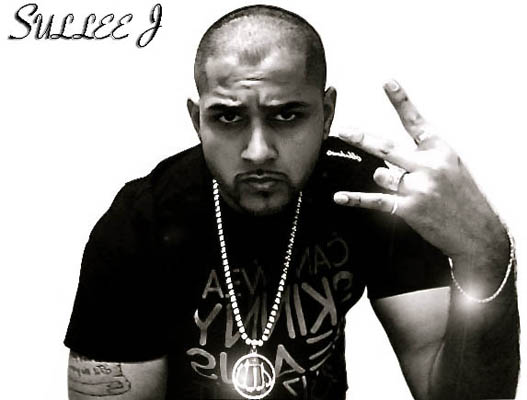 ‘GOD FIRST’
The above are meaningful words to this next up and coming young artist. “I feel like it defines everything I have done and am doing as a person,” says Sullee J about putting God above all else. A Baltimore born rapper of Pakistani descent, Sullee J now finds himself emerging from an ever popular Chicago rap scene, the same scene that gave us artists such as Common, Twista, Kanye West, and Lupe Fiasco.

Sullee J has grown up in the face of versatility and has risen above his personal struggles with a renewed faith. From being a distanced youngster, to being subjected to racism, to a devastating car wreck that left him bedridden for a year, forever changing his life, Sullee J has used his faith to remain on a positive level and is a genuine ‘glass is half full’ kind of guy. He goes as far to speak out for causes he believes in and has even done performances for charity. He looks to bring new inspiration to the world of Hip-Hop and has a growing fan base here in the states as he makes his way on to mainstream radio. I was also pleasantly surprised to find that Sullee has also acquired quite the following overseas. We got a chance to catch up with Sullee J as he prepares to release his second mixtape and gets ready to return to Norway to open for Method Man on March 24th.

Parlé: What can listeners expect from you? Tell me what Sullee J is all about?
Sullee J: Sullee J is basically all about inspiration, not only for the youth, but speaking as a whole generation. I feel like hip-hop—and first of all I don’t think it’s bad, I think it’s in the hands…in the hands of some of the wrong folk. I wanna give people an image that, you know, when you see a rapper on TV it’s not all about his money or you don’t have to be like holding a bottle or standing next to a girl. You don’t need to be involved with, you know, getting the nicest car, you can still be cool. I’m all about inspiration, positivity, cleanness, and for a cause.

Parlé: Cool, I hear that. Why don’t you tell me a little bit about your childhood?
Sullee J: I was born and raised in Baltimore, Maryland. Growing up I felt like I went through a lot in my childhood whether it was, you know, friends, whether it was relationships, business, everything. I just kind of distanced myself. I feel like life taught me to push away and give back at the same time. Like I distanced myself from people who I know, but then teach people who did wrong cause I feel like they can change; because at one point we all make mistakes. And at another point we can all learn from them.

Parlé: I know from reading your bio that you struggled with racism growing up. What was it like being of Middle Eastern descent in this country?
Sullee J: They weren’t much better before 9/11, but after that it’s just like people just look at you kind of different. It’s like they talk to you but then they’re looking through you like you’re not even a person. You know, you kind of feel embarrassed inside sometimes. You kind of feel like…you kind of feel like some people only talk to you cause they have to and some people won’t even look at you because they just judge you by the way you look. So it’s like you have to change your image somewhat, you have to talk different somewhat, say different things just to fit in. But you know I’m kind of standing up and showing people that I’m still being myself and no matter what people think, I feel like I can change their view and show them that not everyone is like everyone else. And that’s what I’m doing, I’m not just talking about it, I’m actually helping people. When I went to Norway I did charity performances for ‘save the children organization’ which is a camp for refugees who were rescued.

Parlé: Yeah, I read about you going to Oklahoma City to speak out for Billy Anderson. What motivates you to do that stuff?
Sullee J: That’s from me trying to show this world that I’m different and I’m not afraid to stand up for what I’m speaking because everyone loves to talk good, but I love to do it.

Parlé: I read how you began writing poetry in the 5th grade. I found that with some artists there is a correlation between poetry and artists who did well in grade school. Would you say that is the case with you?
Sullee J: In a way, it’s kind of like how I told you earlier, how I kind of started isolating myself from my experiences, cause I felt like most people that I would meet would take advantage. So instead of talking to people I kind of just talk to a paper. When I started writing I did a project, teacher started saying how it was really good material for someone of age. And of course when your that age when you hear something like that you’re like “oh my god, oh my god” so it just kind of motivates you.

Parlé: I saw online that you’re gonna be opening for Method Man in Norway coming up.
Sullee J: Tornado booking, they put me in for opening act for Method Man. So this will be my second time going back there. I’m working on that, but I’m also working with radio stations. I’m on radio stations in Ireland, Norway, Russia, Uganda.