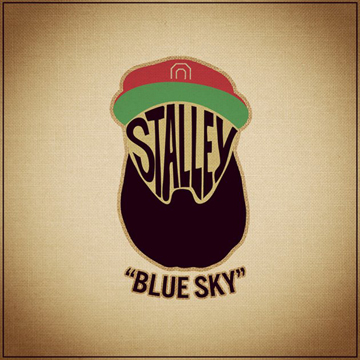 Stalley begins his appropriation of Common’s excellent “Blue Sky” with the assertation that “they sayin’ I’m the next up/A lot of new rappers/ But I’m the best up.” While such bravado is not rare in rap–indeed, it is crucial to the lifeblood of the form–the ubiquity of the claim means that it requires a certain level of talent to prevent it from becoming suicide.

Stalley does not disappoint. He strays from the signature sound he introduced on Lincoln Way Nights, an album dominated by cavernous bass which necessitated, in my opinion, a conversational, almost spoken word flow from the bearded emcee. Lyrical content took center stage as he managed to hold together amidst the thundering landscape; Intelligent trunk music that was as close to poetry as anything else has been in the last decade.

But “Blue Sky” is not trunk music; No I.D. crafted a lush, operatic soundscape for Common, and Stalley adapts. His voices pitches up, assuming a kind of ratatat delivery that is not uncommon, but uncommon for him. The content is solid, but decidedly on the back burner here–it is impossible to say whether this is an evolution, devolution or simply a deviation. Stalley’s detractors sometimes bemoan the lack of flow on Lincoln; they may come back in droves here, if cuts like this and “City of 30,000 Wolves” are indicative of a new, and still quite sound, direction. But for those who found Intelligent Trunk Music so mesmerizing in the first place, the author included, the real question is, will that sound ever come back?

Freestyle of the Week Review: 2 Dash Tone, “Niggas In Paris”