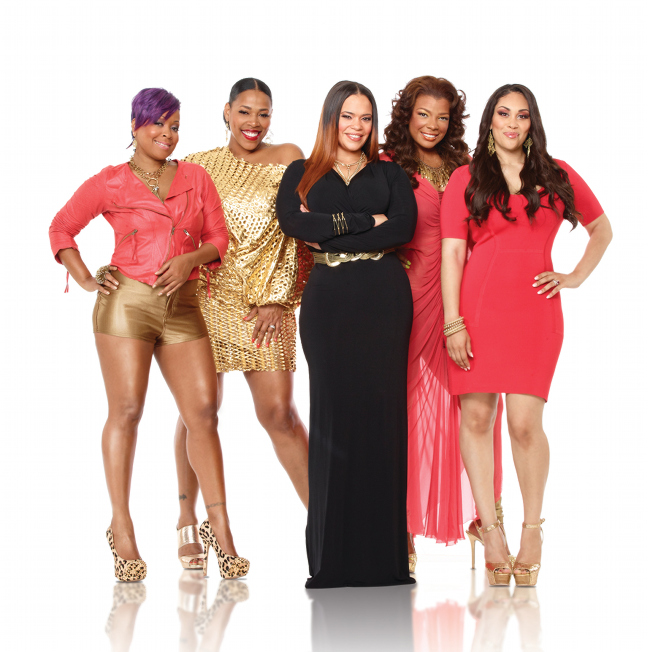 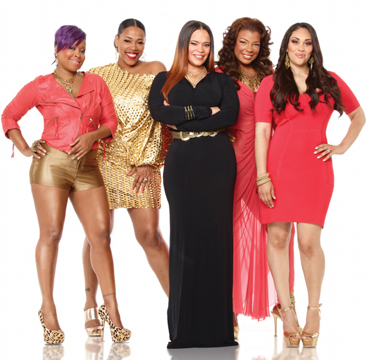 When R & B Divas debuted on TV One a few weeks ago, fans were excited to see some of their  favorite R & B singers, past and present, in the limelight on a positive reality show. The cast, which features Faith Evans, Syleena Johnson, Nicci Gilbert (formerly of Brownstone), Monifah Carter and Keke Wyatt, include women who have all dominated the charts at some point in their career, going as far back as the late 90s. Not only were fans excited to see where these ladies have been, but they were eager to see what’s in the works for their careers as well. With their revitalized fame and a cult following, these divas are giving fans something to look forward to. R & B Divas made TV One history, debuting as the highest rated show and on October 2nd, the R & B Divas collaborative tribute album was released in stores and online as well.  We caught up with Faith, Keke, Nicci & Monifah as they prepared for the season finale on the show.

The Divas are definitely setting a new standard for reality television. Faith Evans explained that one of the contributing factors in creating the show was to give women in entertainment a platform, while shining some positive light on the portrayal of the Black woman.  Faith & Nicci Gilbert are the shows creators and executive producers.  “When I approached Faith about doing the show, she was open to it, plus she always wanted to do the compilation album, this was her opportunity,” Gilbert explained.  In the first seven episodes of the season we’ve witnessed that these women possess personalities that make the viewer feel comfortable. The viewers get a chance to see their personal ups and downs, especially with Faith wanting to create a charity album with proceeds going to the Whitney Houston foundation.

While the charity album is the show’s focus, we also get to see what some of the other Divas are doing at this point in their career.  Nicci is perfecting her plus size clothing line, Curvato.  She made her Plus Size New York Fashion Week debut in the last previous episode. Monifah is trying to relaunch her career, but she also publicly revealed that she is a lesbian working on a family with her long term girl friend.  She is also making strides in her effort to continue to remain sober after seven years of drug addiction.  Keke Wyatt brought a new life into the world, with her newborn son.  She also revealed that she has a long history of trust issues in relationships, even in her current marriage, but she is making a serious effort to get past that, even taking on counseling.  Syleena is working on her new Acoustic Soul Sessions album, and still trying to get the recognition she feels she deserves as an artist.  Nedless to say, there has been a lot going on this season.

“There were some moments when I watched the show and had to let my family and friends know some scenes were just TV and of course we don’t normally act like that,” Monifah said, explaining the realities of reality television. “We all genuinely love each other and what family doesn’t have their problems.” The cast members all agreed that they do not regret anything that happened  on the show and what has been shown to the world up until this point.

Recently the Divas had the honor of closing out the Essence Music Festival in New Orleans with their tribute to Donna Summers, Vesta Williams, Nick Ashford, Etta James and Whitney Houston. The journey to the performance is the premise of the season finale.  “I thought I was Whitney for about 2.3 seconds,” jokes Wyatt before breaking out in song with her cast mates, praising Whitney and sharing laughter. Faith further explains how honored it was to be able to do the tribute for the singers who paved the way for their careers. The season finale also provides a view of the cast finishing up the charity compilation album. R&B Divas, the albums title, benefits the Whitney E. Houston Academy of Creative and Performing Arts.

“It was about a show where we see women who love each other, support each other and have a lot of amazing things to offer,” Faith explains, providing a simple culmination to an insightful conversation.  There are already talks for a new season of the show, but in the mean time, the focus is the show’s final episode and the compilation album.

Also Check Out:
R&B Divas: Ladies of Music Return To Forefront on TV ONE
RITA ORA EMBARKS ON U.S. TOUR
Kaleidoscope Dream – Miguel album review
The Importance of the Traveling Sisterhood
Gloria Govan – Much More than Meets The Eye