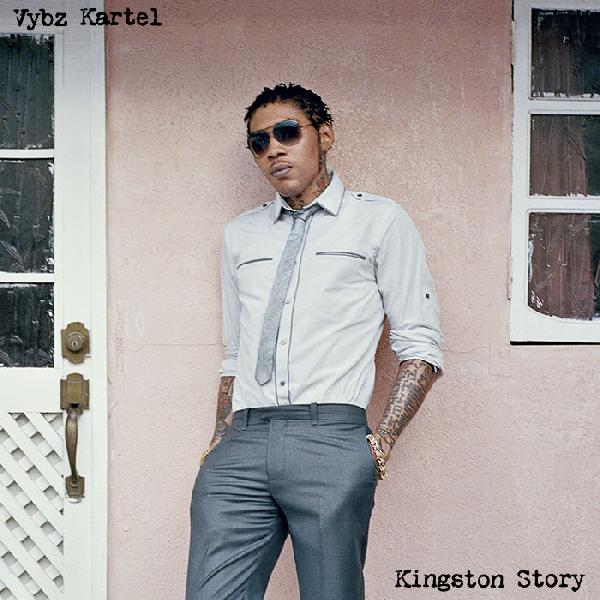 Dancehall musicians have been given a bad rap because of their lyrics and the content of their songs. Their music get reggae parties and the dancehall scene live and jumping,  honestly, someone has to do it. One artist in particular that has been getting the job done when it comes to satisfying the Dancehall fans is  Vybz Kartel.  Kartel is currently incarcerated on murder charges in Jamaica, but Kingston Story is his latest release to his hungry fans and all around music lovers, produced by Dre Skull.

Kingston Story opens up with an ode to his country “Jamaica,” done over a laid back, smooth instrumental with a deep bass-line and police sirens. Sticking to the typical Dancehall sounds and topics he has an ode to women called, “Beautiful Girls,” along with his dance hits “Go Go Wine,” and “Whine Pon Me.” He also serves the gritty music base with a song for his crew simply titled, “My Crew.”  This songs gives some incite into the life that he Vybz has been leading over recent years.

Vybz Kartel is himself as we, the fans know him to be. On Kingston Story he sticks to the title telling the story of his city. He vibes on having a good time, living his life and ultimately through his music he gives us bits and pieces of who he is.

For  my Reggae and Dancehall listeners this album will not let you down. Of course Vybz Kartel never seems to disappoint.