Skip to content
Home » Kevin Hart Says The Biggest Drug Is Fame: “Nobody Prepares You”

Kanye West previously said, “It’s crazy how you can go from being Joe Blow / to everybody on your d*ck, no homo.” In layman’s terms — Ye meant that going from being unrecognized and ignored by everybody, to stepping out in public and people excitedly mobbing you thirsting for pictures and autographs — can be both overwhelming and pleasurable. In a recent interview, renowned comedian and actor Kevin Hart spoke about the price of fame and the highs and lows that come with it. Hart went as far as depicting fame as a bigger drug than heroin or cocaine.

While on the podcast On Purpose with Jay Shetty, the “Ride Along” star equated being in the public eye to the Jim Carrey movie “The Truman Show,” in which an everyday guy is unobligingly the theme of a reality television show about his existence. Hart told the podcast host, “The biggest drug, it’s not cocaine, it’s not heroin, it’s not molly or opioids. The biggest drug is fame. And the reason why it’s the biggest drug [is] it makes you feel like you are powerful and like everywhere you go, anything you want, everything you want. It’s a thing and if you can’t handle this thing, the consequences attached to when that thing is removed are severe. Nobody prepares you for the world of fame. There is no handbook.”

Kevin Hart elaborated about fame being a drug, “You get it and yesterday you weren’t and today you are. People get shell shocked. That, to me, has always been the point of no return.” The standup comic explained that when fame ultimately “wears off”, to survive that person better possess a lot of self-belief and a strong foundation. “What am I, where am I?” Hart said to Shetty. “It’s all gonna finna back to, are you happy with who you are and what you did? Are you at a point where you are OK? Do you know you? And are you OK with you? If you are not, it’ll break you.”

Hart went on, “It’s like a monster. My monsters have been masked in disguise in various different ways but I’ve been able to pinpoint them throughout the years because some of those monsters got stronger … developed. You’re talking about the world of an ego. The idea of who you think you are versus what you are or the idea of expectations and needs as to what you feel you need and what you have to have. That’s a monster that’s feeding that engine of, well, now that I’m making money, this is what I should have, this is how I should look, this is how I’m supposed to be. That’s a monster that you’re feeding because ultimately you’re buying in.” 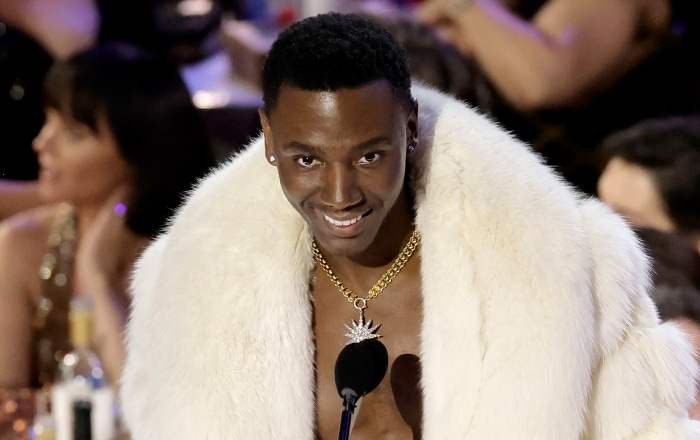