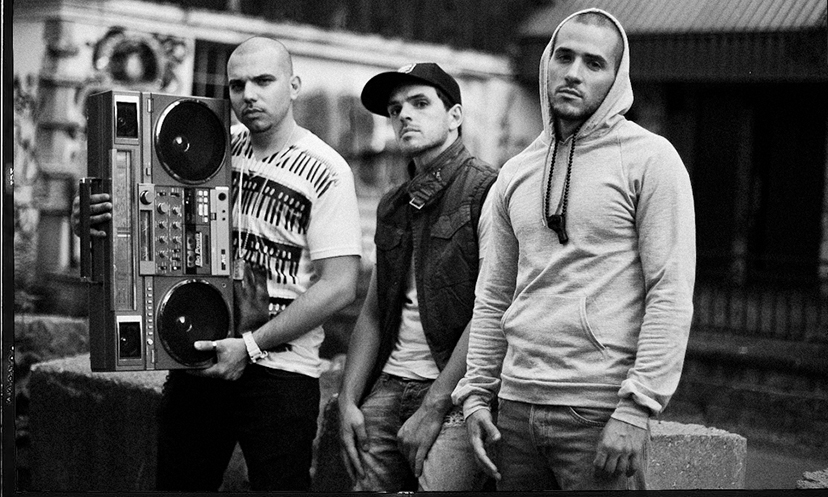 Nation Ruckus the Canadian Bred eclectic and energizing trio is just what the industry has been missing. Rappers Milk-E Fresh, the multi instrumentalist/beat-maker Quality and DJ WiM are the ingredients that give you the formula of Nation Ruckus. Beginning as a high-school band formerly known as the 4Ds they made a splash onto the music scene, performing for local crowds as well as winning local music awards. With a much anticipated album, Boombox Manifesto dropping this coming October 8th the group is planning to give their fans a sample of the album with their “Fresh 2 Def Thursdays”. With an old school mix of brash punch lines and all around flavor, Nation Ruckus leaves no room for competition or comparison.

Rooted in the culture of Montreal, Nation Ruckus provides diversity, with an untouchable aura filled with inspiration from the 90’s. Rightfully so, they are inspired by iconic artist such as RUN DMC, OutKast and the Beastie Boys. When asked about some of the artist that inspire their music DJ WiM responded saying, “A Tribe Called Quest, The Fugees, Ice Cube and Eazy E all inspire me. I find myself listening to old school albums.”
Incorporating the old school into the new school is what Nation Ruckus does best, delivering raw lyrics mixed with thrashing beats, they capture the essence of Hip-Hop. Their idea for Fresh 2 Def Thursday’s is a simple way to promote the album by giving fans and new listeners a taste of what is in store with BoomBox Manifesto. Their most recent release is, “The Anthem,” features Canada’s own Mugs. This is their 4th Thursday release and its available exclusively on their website: www.nationruckus.com

BoomBox Manifesto is a collection of Hip-Hop bangers. Much like the title suggests, the album is full of energectic music mixed with an alternative sound. Milk-E Fresh states, “The album is really is big, some new sounds and new music that’s really unique with a lot of emotions. We wanted to show our fans that we have alot of emotions. We want to blow out people’s mind.”
Bringing it back to the old school, collectively capturing the essence of Hip-Hop, Nation Ruckus is paving a path of greatness.

For more information on the guys, check them out at:
Twitter.com/NationRuckus