For the first time ever, Rock the Bells held a press conference for this upcoming concert series in NYC.  The 2012 Press Conference and Fan Appreciation Party was held at Santos House Party in NYC. As press walked in, red lights covered the panelist table highlighting the logos of various sponsors such as boost mobile, Gueriilla Union, Hot 97, Blackberry, Kingston Technology, and many more. When the lights brightened and the panelists came to the stage, the magic, laughter, and realness began. The panelists included Guerrilla Union founder Chang Weisberg, along with some of  Hip-Hop elite, DMX, JadaKiss, Jim Jones, Immortal Technique, Prodigy from Mobb Deep, Peter Rosenberg, and Supernatural, who will be hosting this year’s Rock the Bells Festival. Supernatural also gave the press an exclusive look at the line up for RTB! 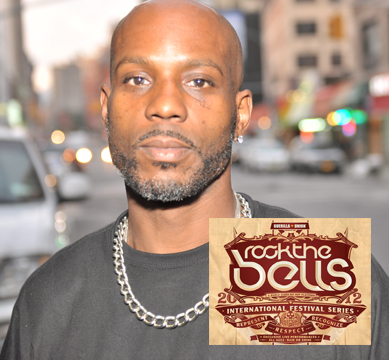 The panelists were very supportive of one another and they can’t wait to not only perform, but also see the various performances during Rock the Bells.

DMX, Jadakiss, Prodigy, Jim Jones & Sizzla were some of the legends in the building.
ROCK THE BELLS 2012 FESTIVAL SERIES DATES & VENUES: