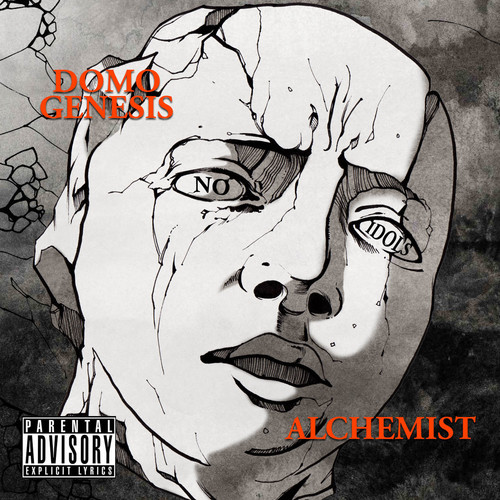 The Odd Future Wolf Gang Kill Them All conglomerate is having a prolific year it seems. No Idols features members of the family as well as the likes of Action Bronson and Prodigy. As much controversy as Odd Future has gotten because of their inclination towards drugs, sexually explicit material, and antagonizing rappers, they continue to gradually escalate in fame with every album they pump out. In line with these recurring themes, this mixtape is not an exception.

Unfortunately, Domo Genesis paints himself into a corner by type casting himself as a juvenile stoner by recycling without reinventing songs about his love for maryjane. What he lacks in creativity is further muddled by his mundane insights on hustling and his inflated sense of self. The mixtape’s sole redeeming quality is Alchemist’s densely emotional production style. The phenomenal instrumentals add enough depth to Domo’s dispensable verses to make this album worth a replay.

The highlight of No Idols is definitely “Elimination Chamber,” which features Earl Sweatshirt and Action Bronson. Bronson’s vivid storytelling ability is like a breath of fresh air. It is hard to listen to him without hearing Ghostface’s voice. Action Bronson’s raspy flow is remarkably similar to that of his empire state brethren.

As a whole, this album deserves a listen. It may not inspire, but it would be a shame to let what may be some of Alchemist’s more experimental work go to waste.

No Idols receives a PAR