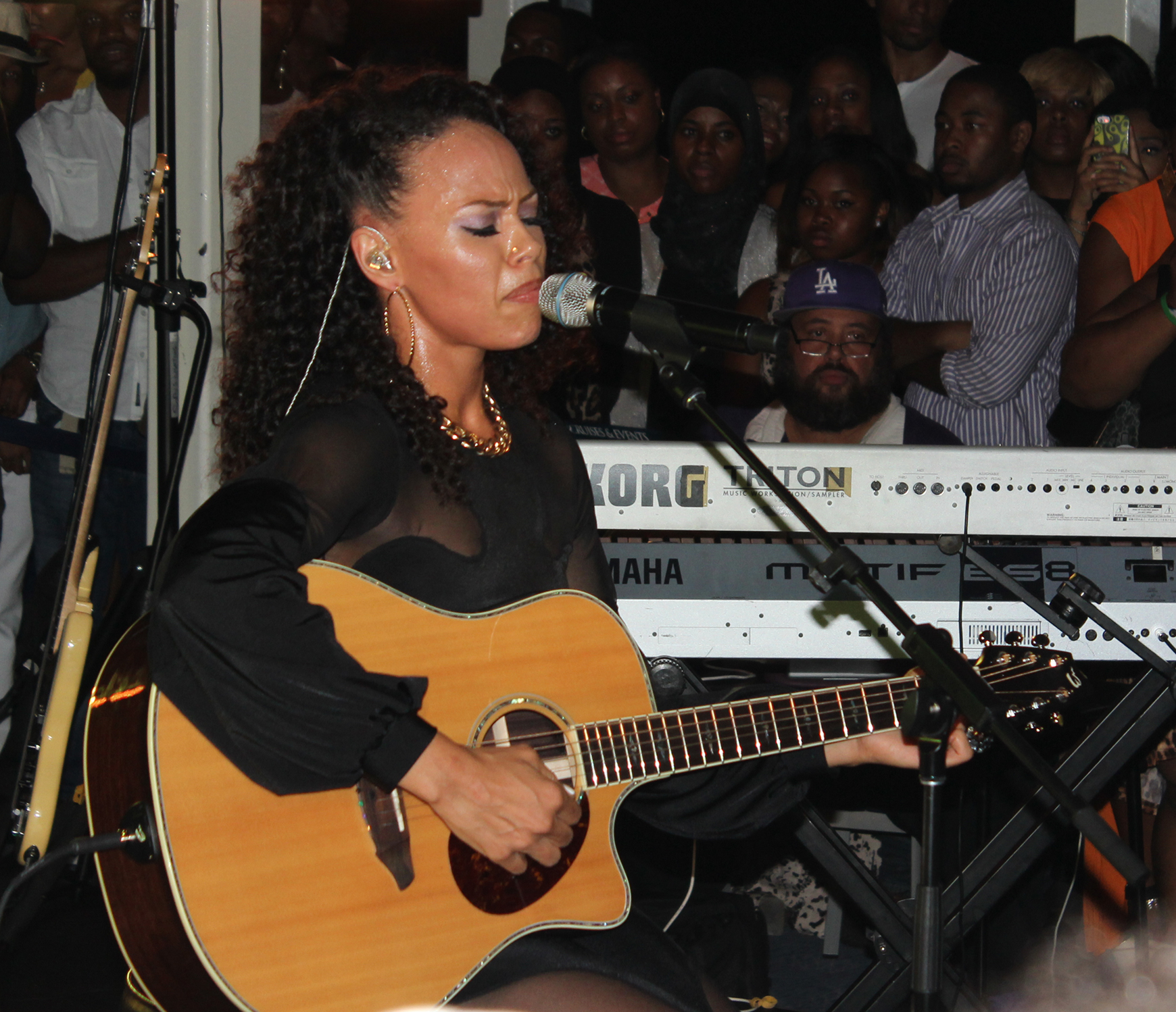 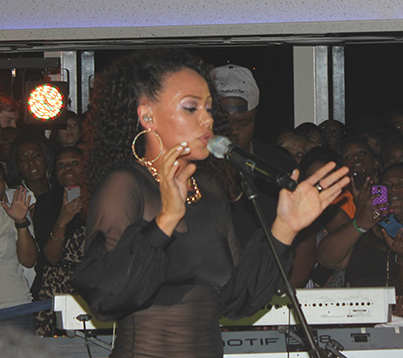 Freak ‘Em dresses and Summer fits were out in full force in Manhattan on Friday August 30th, but nowhere more prevalent than at Pier 40 in lower Manhattan. SOB’s Summer Concert Cruise came to an end with an amazing night on the Hudson aboard the Luxury Infinity Yacht. While Elle Varner was the headliner of the evening, great music was a theme of the night and the special guest performers set the packed yacht at ease as it swayed under the lights of the city. 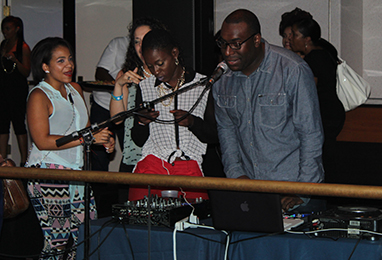 Hosted by Low Key of Youheardthatnew.com and with the sounds of the Urban Philosopher (above) at the DJ helm, the performances were under way as soon as the boat left the dock. The night began with the poetic stylings of Aja Monet, a New York native who made a name for herself with poetry here in the city before she went overseas, perfecting the craft while discovering the world.

Next up was Anthony Hall, (below) a guitar welding singer/songwriter and an obvious fan favorite (for all except the one young lady in the pink outfit). Hall blazed through four tracks and left quite the impression. 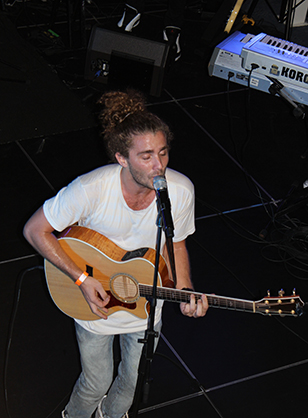 A little while later Shaliek Rivers (below) took the stage performing his hit single, “The Past,” garnering a boat load of fans in the process. One day soon Shaliek will be headlining on stages across the country, but in the mean time he continues to blaze a trial towards success. 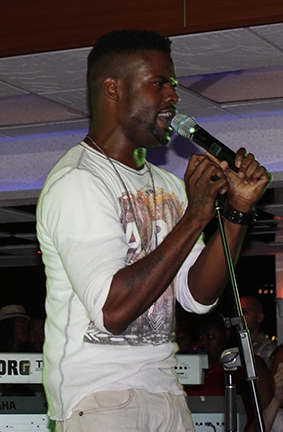 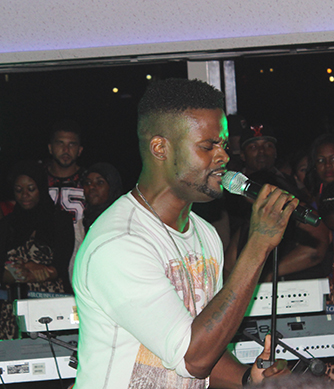 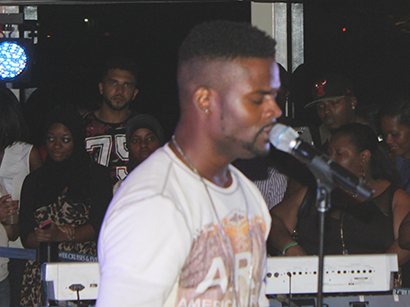 Not a moment too soon, Elle Varner’s time was upon us and the audience was at just the right temperature. Sauntering out looking sleek and fit, the songstress donned a black, semi see-through body suit.  She started things off with the Imperfectly Perfect album cut, “Soundproof Room,” before venturing into her debut single, “Only Wanna Give It To You.” Over her hour long set Elle performed new unreleased material and cuts from the album, while also including a cover to Ella James’ “Blind Girl.” She performed about a third of her set with guitar in hand, the rest of the time she  danced and laughed along with the crowd.

Elle also brought her father, accomplished musician, Jimmy Varner on stage for what she deemed “father/daughter time.” She acknowledged his impact on her life and her music before he provided an assist on keys for her performance of “Not Tonight .”
Check Out a Video of the Performance Here:  Elle Varner Performs “Not Tonight ” with Her Father, Jimmy Varner

Varner, a Brooklyn transplant and NYU alum ended her performance with her smash hit, “Refill,” and expressed her genuine enjoyment to be able to perform in front of her hometown audience under the ambiance of the city lights. “This is a night I will never forget! Ever!” Varner exclaimed. 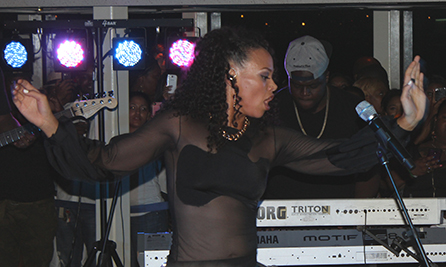 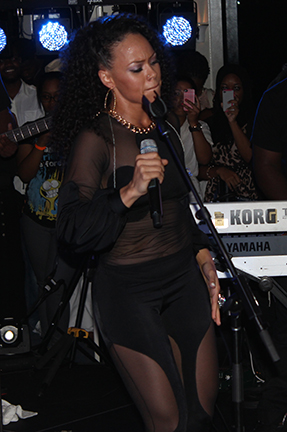 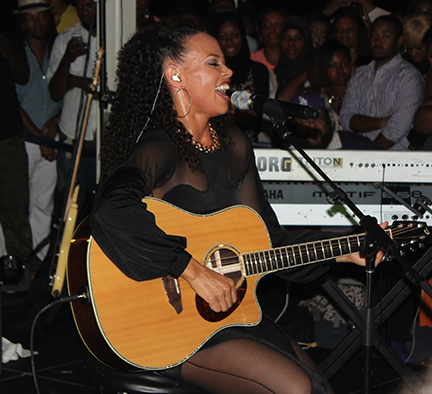 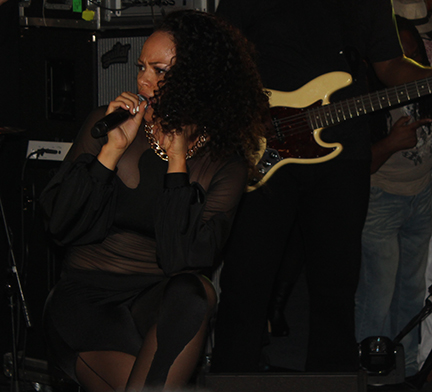 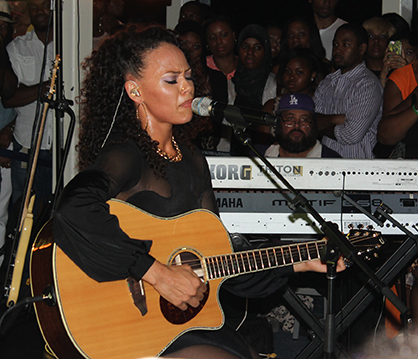 These two, like a majority of those in attendance, enjoyed themselves… 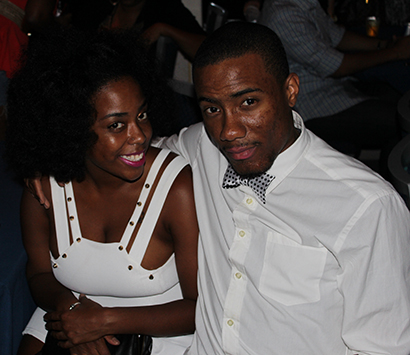