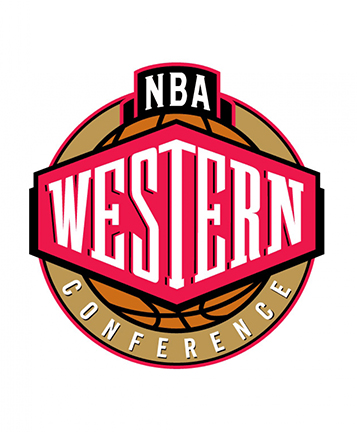 It’s that time of year again. The 2014 NBA Playoffs begin this evening, and in honor of that, I’ve broken down the Western Conference’s matchups, (my apologies to Eastern Conference fans, but nothing really exciting happening in the first round) their biggest matchups and best strategies. The eight teams facing off from the West are some of the most talented teams in the NBA. From the Golden State Warriors and their shooting stars (no pun intended) Steph Curry and Klay Thompson to the Oklahoma City Thunder and their 4th time shooting title winner Kevin Durant, the West is completely star studded and should provide some incredible match ups in this post season.

Spurs Vs. Mavericks
The Mavericks and the Spurs will not be meeting for the first time on Easter Sunday. They have already met during the season in a series in which the Spurs won 4-0, and some expect this series to end in a similar fashion. At the same time, Dallas Mavericks’ star Dirk Nowitzki and his 3rd ranked offense will do everything within their power to ensure that this series ends differently (Rob Mahoney, “NBA playoffs preview…”). This will be a challenge for them. Especially considering the fact that the Spurs are ranked third defensively and contain such assets as Danny Green, who struggles offensively, but has been quite helpful defensively (Rob Mahoney, “NBA playoffs preview…”). All in all, I expect the Spurs to make somewhat quick work of the Dallas Mavericks and move on to the next round.

Clippers Vs. Warriors
The Golden State Warriors are absolutely jam packed with offensive talent. Especially in the case of Steph Curry, whom Zach Harper of “awolfamongwolves.com” described as the “best three point shooter of all time” (Zach Harper, “Series Preview: Clippers vs. Warriors”). And even though the Clippers have the best three point defense in the league, (Arash Markazi, “Series preview: Clippers vs. Warriors”), offensive juggernaut Klay Thompson of the Warriors should be able to put up quite a few points along with his teammate Draymond Green. The Clippers are not without offensive stars, however, as Chris Paul and Blake Griffin, who some analysts believe will be one of the main targets of Golden State’s defensive strategy, run by a now healthy Andrew Bogut.

Thunder Vs. Grizzlies
The Oklahoma City Thunder are mainly know for their star shooter, Kevin Durant, who shot 50.1 percent overall this year and has recently won his fourth straight NBA shooting title (Phil Taylor, “NBA playoffs preview…”). However, many fans and spectators are not aware of other offensive stars such as Russell Westbrook, who with Durant has entered their prime during the postseason (Phil Taylor, “NBA playoffs preview…”). On the other end, Grizzlies center Marc Gasol has returned from a knee injury, and since then, the Grizzlies have been 33-13, which is exactly one game better than the Thunder’s record during that time period (Phil Taylor, “NBA playoffs preview…”) When the final whistle ends this series, I, along with Sports Illustrated reporter Phil Taylor, believe that the Oklahoma City Thunder will be victorious in seven games.

Also Check Out:
Football Night In America – Reality of the Concussion
NFL vs. NBA – Image Is Everything, Offseason Blues
“Meeting” Mike Tyson
When Celebrities Attack – Is It Ever Justified?
Who Would You Choose: Olivia Pope or Mary Jane Paul