Skip to content
Home » Power of the Boob: Why I Opted for Breast Reconstruction

Every October during Breast Cancer Awareness Month, memories of my own battle with breast cancer resurface.   I recall how it hit me within a sequence of events that would change my life forever.

I was afraid to die. I was grieving a man I thought I knew. I had the horror of fighting a deadly disease and all of the accouterments that come with it—hear loss, burnt nails, weight loss and fear.

And on top of it all the loss of one of my breast.

Is it wrong to say I love my breasts as I do all of my body? I love how God made me. Is that just as wrong to say?

If it is then I am certain there are survivors out there who will argue the point that “I am not my hair or my breast.” I believe they are tougher than me. I respect them. But I cannot say this is how I feel.

Maybe because my fight with breast cancer coincided with multiple battles against evil forces that sought to destroy me and continue to deceive me.

I was in battle against a woman who brought dirt into my life and home and I needed to protect what was mine. I fought against an intrusion of people who my husband trusted would “always be there for you,” if something happened to him—lies!!

I fought and still fight for insurance money – unpaid.

I fought against my own mind that every day would remind me how I was only human and could also break. So maybe if I had my loving best friend, my ride-or-die partner, the person I trusted the most in this world to always be there for me and love me no matter how I looked – my loss of my breast would not have been as devastating. But I didn’t. Thirty days before my chemo – I buried that man – steel casket and all the pomp and circumstance to boot.

So like it or not, for all the battles I faced I needed to feel whole – pretty – myself – to be strong enough to stand up against these demons.

And I believe there is power in the boob. And I am not just talking about women being able to seduce men with them. Something  used her larger than life boob to help her lure my husband away from me –Oh yes. Can we go to the videotape, please?  Um Hmm…. I have the black and whites and movie to prove it.

Speaking of the other woman, one night she had the nerve to contact me. On the nightstand was my cell phone, I wanted my children to reach me. So when I heard the texting bell ring on my phone, I assumed it was one of them. But to my surprise –it was the woman I did not know was cheating with my husband. She texted me that I didn’t deserve this. She said I was a good person. I was not surprised to get the text. I had no idea who she really was to my husband. I just said to myself, I wonder if my husband knew how illiterate she was. She wrote in all caps and can’t spell! Anger and why is she intruding into my life at the worst moment of my life? Is this your new employee?

She said I would be alright–again, in all caps. She wrote all this as I lay watching a morphine drip numb the pain from having my breast lopped off and nothing but a flap of skin left.

This is when I decided to have reconstruction of my breast. And although it was  a major undertaking it was a necessary decision.  It took numerous surgeries to repair my breast. Nine in all. And each one I faced alone. He was under the dirt. I was left to sweep it up. After the final surgery, I finally had a strange feeling.

So what is this feeling I am feeling right now? I cannot explain it. I prayed it wouldn’t  leave. I didn’t want to go back to having that anxiety in my every swallow. I think it was a feeling of almost wholeness again because I have two breasts that match. I felt like I was actually coming back to me–whoever that was–with so many  changes and loss, my world turned upside down. But somehow I felt  like I could now face the “other” woman, eye-to-eye, with strength, confidence, and proudly. Because she had nothing on me.

Isn’t that ridiculous? It somehow comes down to the most basic things in life. Here I am a successful entrepreneur, Ivy League grad, recipient of numerous accolades and awards, but in a battle over your man it all comes down to the outer and not the inner. Because we revert back to our animalistic needs. Why she over me? Better sex? Kinky sex? Bigger breasts? Bigger ass? Taller, thinner?  We’re not in a debate competition. We were in a battle of the breasts.

So in spite of the three life-changing hits I took—facing death, facing fear, facing betrayal–I find that I am celebrating victory. At five years my oncologist said I could talk about being cured. And now years beyond that five years, I am.

I have survived many opponents, but none have accomplished my demise.  I still fight. 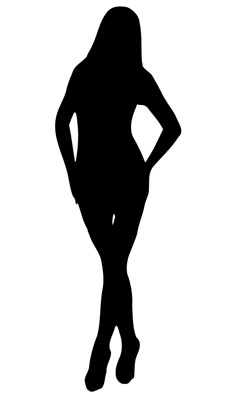 Loving The Body You’re In, No Matter What Your Size

Women of Color and Natural Hair – Self Liberation & Societal Rebellion