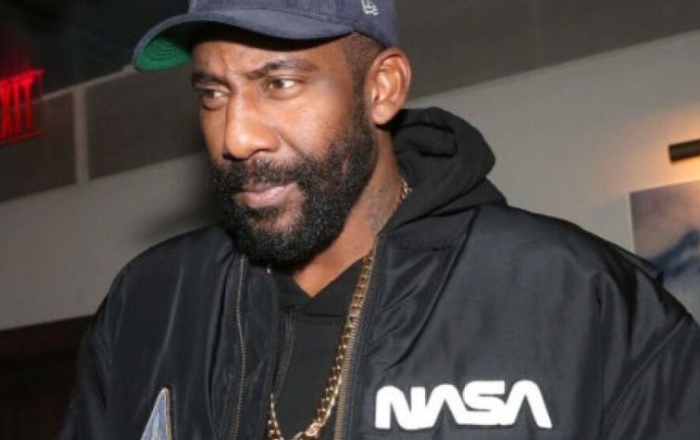 On Sunday, Amar’e posted a statement to his Instagram page denying the allegations and uses supporting claims of being of the Jewish faith, saying he did not assault his daughter.

Within the statement Stoudemire says, “As the investigation unfolds, the facts will show the allegations to be groundless as my daughter’s medical condition is not the result of being assaulted by a father who is nearly 7 feet tall and weighs 250 pounds. I could never see myself assaulting any person, especially my children. I respect, protect, and love my family, particularly my children.”

According to the arrest report, obtained by TMZ, Stoudemire is alleged to have struck one of his teenage daughters, one is 17 and another is 14, across the face at least twice, once with a closed fist, which was described by the girl as a punch, and another being a slap.

The report states that his daughter was left bloodied from the hits and goes on to say the alleged victim described him as continuing to strike her body after the blows to her face.

The reason he allegedly snapped per the police report, Amar’e described disciplining her after she responded with “attitude” to her grandma (Amar’e’s mother) when she called for her at his house, which caused Amar’e to confront his daughter, and allegedly administer corporal punishment.

The daughter is reported to have contacted her mother, Alexis Welch, with photos of her alleged injuries, causing the 911 call and Amar’e Stoudemire’s arrest for domestic violence. Allegedly, Alexis came to retrieve her daughter as well as taking the other 3 children she shares with Amar’e.

Amar’e and Alexis married in 2012 and had four kids together: Ar’e, Amar’e Jr., Assata and Alijah. In 2017, it was revealed that Stoudemire fathered a love child with a Florida woman named Quynn Lovett. According to Radar Online, Amar’e and Alexis filed for divorce in August of 2020 and in April 2021, their divorce was finalized.