Apollo launched a new season of their weekly Amateur Night competition on January 27th. Every Wednesday until May contestants compete for a chance to win the Top Dog competition. Hosted by Comedian Capone and with music by DJ Jess, the competition is still one of the most popular talent competitions around. 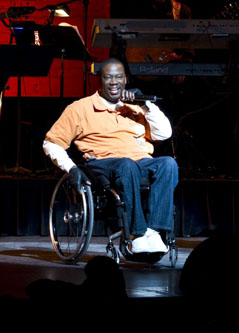 There were over 15 performers inluding a saxophonist, a poet, and a tap dancer among countless singers. The winner for the night was Kalease Hill a Michael Jackson impersonator.