Home Lifestyle Politics Democracy Dies, as We the People Watch 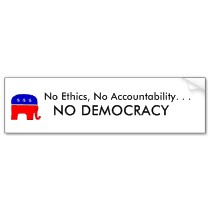 Earlier this year Kelley Williams-Bolar, an Ohio mother, was convicted of a Felony for lying to get her kids into a better school. Williams-Bolar was convicted by a jury of using her father’s address to claim residency status that would allow her two daughters to attend a higher-performing suburban school. Williams-Bolar was put on probation for two years and ordered to complete 80 hours of community service. The conviction may threaten her ability to get the teaching license she was working on.

Last week a homeless mother was arrested for sending her child to a public school in an area where they didn’t live! Tonya McDowell is being charged with first-degree larceny for stealing $15,686 in education funds from the Norwalk, Conn. school district. McDowell and her 6-year-old son don’t have a permanent address, but split their time between a homeless shelter and a friend’s apartment in Bridgeport. McDowell, however, used her son’s baby sitter’s address to falsely register him for a Norwalk elementary school. The babysitter, Ana Rebecca Marques, is also being punished. She has been evicted from public housing for her role in helping McDowell get her son into the school.
According to the Associated Press:

Education officials say cases tend to surface more when budgets are tight and in areas where there are significant disparities between districts such as in academic success or local income level — particularly in wealthier districts near urban areas. That often means the districts in question also have racial disparities.

These two arrests are startlingly severe punishments for what shouldn’t even be considered a crime. Most families get the option to take their kids out of the school without consequence yet these two ladies get arrested? So is there one set of laws for rich white people, and another set of laws for poor people of color?

What an indictment of our society when bankers can take not only our country but the whole world to the brink of financial collapse, by committing fraud, and not one person is arrested! Yet we are going to arrest two African-American women for daring to try and make a better life for their children? Should those two women have known better than to overstep their place in society?  Surely America isn’t going to criminalize two women for wanting more for their children, than they had for themselves.

Yet we continue, in the 21st century to have two separate sets of laws; one for the rich, who grow continuously more powerful, and one for the poor and middle class who are systematically being driven to poverty, hopelessness, and degradation.

America has become an oligarchy ruled by plutocrats, and never has the disparity between the classes been more apparent than today; in an America where a woman can be arrested, prosecuted, convicted, and sent to jail for trying to send her children to a better school. What more injustices must we as a people endure before we say enough is enough?

Our founding fathers were confronted with this same decision 235 years ago. What to do about a government that continuously favored the upper class while always disfavoring any of the lower stations who tried to raise themselves up…

“We hold these truths to be self-evident, that all men are created equal, that they are endowed by their Creator with certain unalienable rights, that among these are life, liberty and the pursuit of happiness. That to secure these rights, governments are instituted among men, deriving their just powers from the consent of the governed. That whenever any form of government becomes destructive to these ends, it is the right of the people to alter or to abolish it, and to institute new government…”

Our government is becoming destructive to the poor and middle class’ unalienable rights to life, to liberty, and to the pursuit of our happiness. We as a people have an obligation to ourselves and to the other citizens of this country to either alter our government or to abolish it entirely if it has become destructive to our rights as its citizens. Our government exists today by our consent, not the other way around. It is time we take our government and our country back from the elite that have taken it from us.

The Crucifixion of Charlie Rangel

The Obama Assassination – Exposing The Co-Conspirators