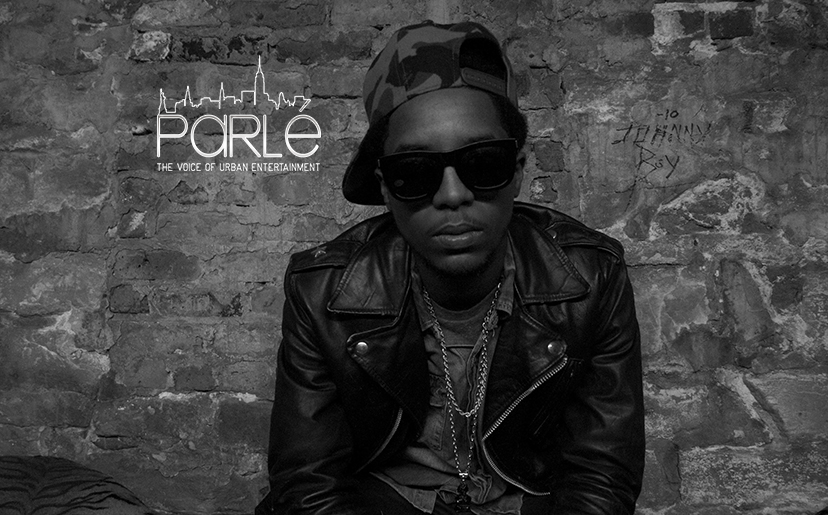 Interview with Rapper Rockie Fresh, who is Undeniably on A Major Grind

Main stream or Indie, whats the difference?  Now a days the answer surely is not success.  Gone are the days of the golden era of rap, and with it, the numbers: albums sold, sold out arenas, and endorsements. Now-a-days true artists, those that are passionate, those who are truly creative and accessible get their music to the public by any means.  Often times its the free download.  Digital Marketing has paved the way for the development of cult like followings for unsigned artists resulting in more publicity and relevance at times than their signed counterparts. Take Rockie Fresh for example. Indie by definition, which a few years back had such a demeaning connotation to it. These days Indie means fresh, trend setting.  A part of the in-crowd some would say.

With a buzz that anyone in the know would consider top notch amongst up and comers, Rockie Fresh, the Chicagoan has carved out a nice niche for himself. I had the pleasure of checking out his live show, as Rockie was one of the opening acts on the Green Label Sound tour presenting the Cool Kids at Brooklyn Bowl.  I left that night thoroughly impressed and quite honestly, a fan. You see for me, Hip-Hop is a way of life. Something to be shared, admired, and criticized if need be.  It exists.  At its purest, its authentic.

I have come to learn, as you will that Rockie Fresh embodies everything Hop-Hop.  His existence has a purpose, his music a message.  I joked with him that it seems as though Chicago is having its moment, the same moment held captive by the South once upon a time, and the East before that.  But where is it now?  I’ll answer that for you–in the middle of a rebirth, a renaissance if you will.  Yes, Hip-Hop is reborn.  Helping the cause are some trendy individuals, with lyrics to hold your ear and a sound to make you at the very least, nod your head. One of their names is Rockie Fresh.  If you havent by now you should get in tuned with the “outsider”.  I present to you our Rockie Fresh interview!

Parlé Magazine:  What does it mean to be a Chicago emcee to you?
Rockie Fresh:  Being a Chicago MC means everything. Following the blueprint of successful artists like Lupe Fiasco, Kanye West, Common, and Twista I understand the importance of being consistent with my brand and putting out quality music. Thats what my foucs is right now. I have a tremendous drive and a chip on my shoulder. In my city there’s this feel that all we got is us. Chicago is not really big on music, we’re more known for other things, but at the same time its refreshing when people can depend on artists. Kanye, Lupe, and those guys gave the city that.  I wanna follow up. My goal is to make Chicago the go to place for talented artist.

Parlé:  I saw your show at Brooklyn Bowl, you tore it down.  How was that for you opening up for The Cool Kids?
Rockie:  My show is interactive on purpose.  I am a chill dude by nature, but when Im up there I want the people to tell me if they like the music, I wanna feel it.  Its a reflection of who I am at all times. Im authentic. My mentality is to touch people when Im up there. As I visit and tour in new places, often times I become a person’s first experience with the music and culture of Hip-Hop. The experience all in all is surreal. The entire experience of being an artist. That along with making a connection with the fans and the audience.  I like to be very accessible. People see me in Chicago, I’m at the boutiques, I’m at the sneaker stores throughout the city. I’m on tour right now but as soon as I get some down time, I’m back at home base showing love.

Parlé:  How did you guys develop a relationship?
Rockie:  Well we all had mutual friends actually and me and Mikey Rocks went to school in the same neighborhood. They were already well known and I was grinding at the time. When the time was right we were introduced and the vibe was good. It’s been all good ever since.

Rockie:  As of now I’m not signed, I’ve just been blessed to have some genuine people involved with my music who support me and use their connects to plug me and put me in the right position to shine.  Right now I’m on tour with Patrick Stump who was the lead singer of Fall Out Boy, as well as Wynter Gordon.  Its an amazing thing for me, they are signed artists and I’m not. I’m establishing myself.

Parlé:  With all the buzz and support comes expectation, are you burdened by that?
Rockie:  More than anything or anyone else I place the burden of expectation on myself. I feel like I have more to experience in life and more growing to do as a man. That’s what I expect of myself. To always get better.  As I go places and see new things, I soak it all in and live off the experience and apply it to my career and life in general.  The world is bigger than Chicago and I’m learning that.

Parlé:  What would you say to that person out there who feels like dreams and goals cant happen?
Rockie:  I would tell them honestly to hit me up and I will keep it real with them. Rap was not my choice you know, I wanted to do other things.  I didn’t wanna be a rapper, I ended up developing my craft. I honestly came from the bottom and I’m on my way to the top.  You have to have faith in God; that’s the only explanation I can give for me being where I’m at today.

Parlé:  Some critics say that the rap game is over-saturated what do you say to that?
Rockie:  There’s definitely a lot rappers so I can see why someone would say that and honestly I may have to agree. However I feel like the right person always comes along and they give the people what they need and with that they can make it and separate themselves. The game is turning over in my eyes. The superstars like Kanye and Hov are getting older so its time for new faces, new ideas, new  flows, new approaches.  That’s what the new generation, artists like me are bringing to the table.

Parlé:  Whats next for Rockie Fresh? Any plans on going major or are you gonna keep up wit the Indie movement?
Rockie:  Ever since I had plans on becoming an artist full fledge my goal was to reach the masses. Sometimes indie artists or underground as they call it, get a false sense of security due to the popularity that comes; I haven’t though. I want to make a classic album and be considered one of the best. In order to do that I need a machine behind me. I need a deal.  I love what I’m doing right now, and I’m young so I have time, but when its all said and done I want to make a classic album and to do that you have to have a record deal. Record labels have the resources.  Right now we’re just touring as I said and finishing up the next project that will be out in October.  Working towards classic status.

Be sure to check out Rockie Fresh’s most recent mixtape release, The Otherside Redux.  The project features appearances by Casey Veggies, Lil B, Naledge, Phil Ade, Tayyib Ali, and Rich Hil, and production by The Cartoonz, Cardo & Sledgren (of Taylor Gang), and more.