It’s pretty common for a rapper to branch out from the music game to try their hand at other endeavors, it’s not so often they become leading activists in and out of the Hip-Hop industry.  Lavell Crump, better known as David Banner, manages to lead a national movement; tour the country, make public appearances – including appearing at Harvard Universities’ L.A. Riots conference, and record with heavy hitters such as Chris Brown and Snoop Dogg for his newly released album Sex, Drugs and Video Games. He even took some time out to chat about all his latest endeavors with the good folks at Parlé Magazine. Here’s a look at our interview with the Mississippi representative.

Parlé Magazine: Many of your fans know you for your most recent work, but how long have you been in the business of making music?

David Banner: Oh man, a while brother. I never really put any numbers to it cause I been rapping since I was really small.  Just a long time brother, but what I can say is I’ve been blessed enough in music to see a lot of people come and go and still remain current.

Parlé: I feel you, starting out so young must have taken a lot of passion and will power to come so far. How did you know this was the path for you?

David Banner: It actually happened back when I was rapping in Mississippi when I was younger and there was this station called WNPR that only played Rap on Sunday. My uncle worked at the radio station and would collect Hip-Hop records and gave a bunch to me. At that time none of my friends were listening to that kind of music and it sparked a love in me. Then eventually as people caught on we would Rap battle in the high school court yard, after I won my first battle my love for music turned into a love for people and it grew from there. I wanted to prove that Black men in Mississippi had more to offer and eventually the South had more to offer than poor people.  That’s when I realized God put this passion for music in me like an apple in front of the horse’s face it was leading me down the path I needed to go you know.

Parlé: Passion can really drive a person to do amazing things, is this same love for music and growth of people what drove you to start the 2M1 Movement?

David Banner: That’s a lower level part; this movement is actually about controlling our image, our music, our movies everything. By controlling our image it would crush all the stereotypes that are put on people. You know what I’m saying? The stereotypes are misunderstandings people have about our culture and if we control that image then truth is what we say it is.

Parlé: That’s a very important and powerful message to give to people, is this also the message behind your new album or does the movement stand alone?

David Banner: Well, I think that people make mistakes by trying to make music be something. My music just is what it is. I’m a man of God so I’m going to talk about God it’s not something that I necessarily say I’ll do right now! I like strip clubs, but I don’t feel the need to say I’m going to Rap about strip clubs right now. Sex, Drugs and Video Games is what it is, just good music. I do talk about a wide range of things though.

Parlé: So would you say that your music or this album is about your everyday life?

David Banner: It’s that, and it’s the influences God puts in front of me. I just try to listen for him and his voice and base my actions on that. A lot time’s people try to tell other people what that is but He influences everyone in different ways. This is the way I see it

Parlé Magazine: Given your inspiration over the last for years since the release of your last album, how will this differ from what you’ve done?

David Banner: Ummmm that’s a hard question for me bruh. I mean on the record there are songs like” Swag” that’s more politically charged, but also songs like “Yao Ming” talking about money and sex or “Let Me In.” At the end of the day it’s just music about my life and I think that’s one of the problems with Hip-Hop now. Think about it, every artists that people like now it’s all about the same things – where they go, who they dating, who they shot, and who they stand for and no real substance behind their music.

Parlé: So my question would be now, when is the last time you’ve heard some good music by some talented lyricist?

David Banner: Yesterday bruh. I heard Big Fred; Kendrick Lamar, Big Chris, School Boy Q there’s so many groups and artists. There’s no deficit about what we will support, its good music out here bruh.

Parlé Magazine: Looking at both sides now that you’re a veteran in the game and are mainstream, who would you say was an inspiration for you when you were still somewhat unknown?

David Banner: Honestly, it ain’t no age limit on influence. I let everything influence me even now I look at Nipsey Hussle independent game or the way that even Creek who isn’t even worried about a stigma he just makes a good album and does what he wants. 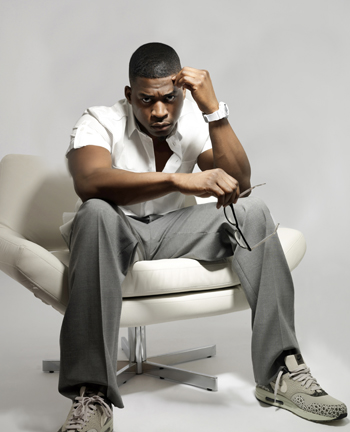 Parlé Magazine: And what advice would you give to those younger artists trying to find themselves in a business as tough as this one?

David Banner: Ummm, I would say the number one thing is to stay consistent and stop putting timelines on our grind. I hear so many artist say “man I’ve paid my dues and I’m tired” and I’ll ask “how long you been paying your dues?” and they say two years. I look at em and tell em “dude I’ve been rapping for 15 years before I got really got on” lol. You pray for a blessing you don’t put a time limit on it and just do what you love to do.

Parlé Magazine: That’s great advice, hopefully when they get on they will use the platform in a good way like yourself.

Parlé Magazine: Well thanks man for speaking with me and good luck with your movement and your new album. Is there anywhere you want your fans to check out your latest work and learn more about 2M1?

David Banner: Yeah, they can donate to the cause at www.davidbanner.com , and hit me on twitter @therealbanner.

Parlé Magazine: Cool Thanks Again man and much success.

David Banner: No thank you brother!

Remember, the new album, Sex, Drugs & Video Games is available online now.  David Banner is looking for 2 million people to download the album, with hopes that those same 2 million people will donate at least $1.  Do your part in supporting real Hip-Hop.