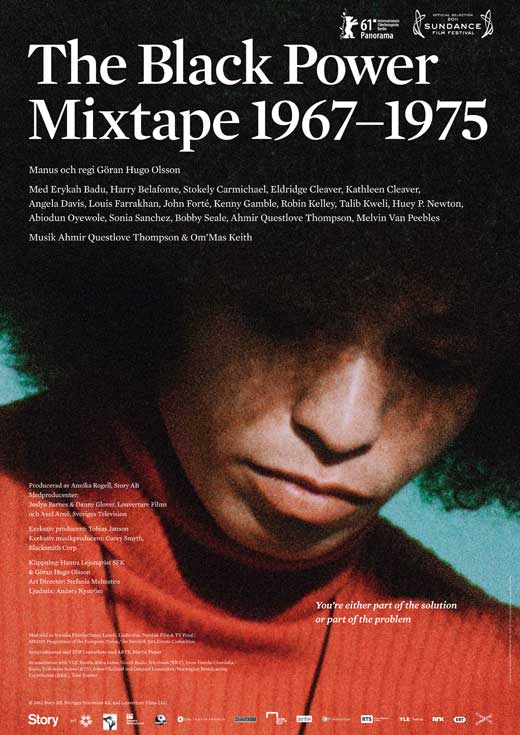 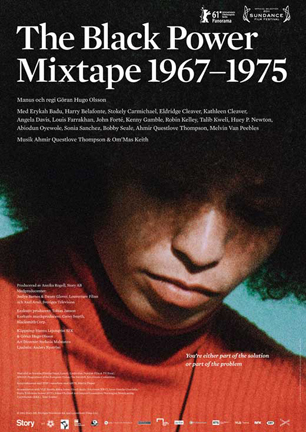 After watching The Black Power Mixtape 1967 – 1975 one will walk away with a clear understanding about the saliency of The Black Power Movement.  Written and directed by Goran Hugo Olsson, The Black Power Mixtape 1967 – 1975 presents the viewer with a historical look into the minds of Black leaders who were in direct opposition to Dr. Martin Luther King’s “passive” non-violent approach for instituting change in America.  Unlike King, these men and women were committed to fighting fire with fire.  Picking up a shotgun for protection of family or self was a no brainer for these freedom fighters.  Their view is that it is one’s duty to protect the community and one’s family by any means necessary.  This theme is played out throughout the entire film and resonates with all of the leaders of The Black Power Movement.  Some of the celebrity commentators in the film (Erykah Badu, Talib Kweli and Adiodun Oyewole) side with the movement’s ideology too.

Olsson skillfully opens with Stokely Carmichael who immediately wins the viewer over with his charismatic smile and his laid back demeanor.  Carmichael is cool, smooth, creative and extremely smart.  His assault on King’s non-violent movement has to be one of the most reverent attacks that I have seen to date.  Clearly, Carmichael has the utmost respect for King, however this admiration does not prevent him from delivering an effective intellectually driven rebuttal; one that challenges the core beliefs of King’s “passive” non-violent approach.  At a meeting in Sweden, Carmichael states that under the umbrella of an uncaring America, an America without a conscience, the nonviolence approach does not work.

This is only the tip of the iceberg.  With in-depth interviews from Angela Davis, Kathleen Cleaver, Huey Newton, Bobby Seal, Eldridge Cleaver, Malcom X and Minister Louis Farrakhan, this film provides a multitude of views and alternatives to King’s non-violent movement.  Olsson’s comparative analysis between the two ideologies helps the viewer to understand America’s acceptability of one over the other.  The Black Power Mixtape 1967 – 1975 is a must see and should be used as a study aid for African Americans both young and old.