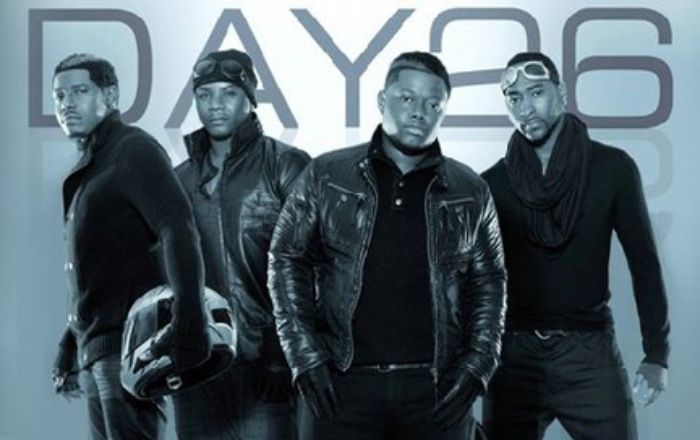 Guess we should’ve saw this one coming! Yesterday, the remaining members of Day 26 released a statement for fans expressing their decision to “take a break from the group.”  The wording leaves room for a comeback, but who knows how far apart the guys really are, having not really released any group material since 2009.  The group already faced their fair share of adversity trying to be the first “Band” from Diddy’s MTV era to release an album after parting from the Bad Boy umbrella.  They had also parted way with original member Que, who is now performing and releasing music as Anthony Q.  Still the group was supposed to be releasing their third album, A New Day this year under Atlantic Records.  The official statement can be found from the group below…

“It is with great sadness and deep pain that we regret to inform you that effective immediately, Atlantic Records Platinum recording group, DAY 26 have decided to take a break from the group and focus on their own individual projects. On behalf of all the members; Willie, Mike, Rob, Brian and even Que, we would like to thank all of the “fams” aka fans, dj’s across the world, promoters, radio programmers, Bad Boy Entertainment, Starstruck Management, BET, VH1 and FUSE and all DAY 26 supporters in general, for your unending support throughout these years.”

“We would also like to acknowledge that this journey would have not been made possible without the vision and mastermind of Sean “Diddy” Combs and of course MTV Networks for making a group of unknown men, the stars that they are today.”

“We simply thank you from the bottom of our hearts and really want you to know that the journey does not end here. We continue to wish each other the very best and continued success in all of our individual endeavors, and all we ask of you is to please give each member a chance and the opportunity to shine in whatever they do.”

…And as the saying goes, this is not a goodbye, but a simply see you later.

God bless you all,