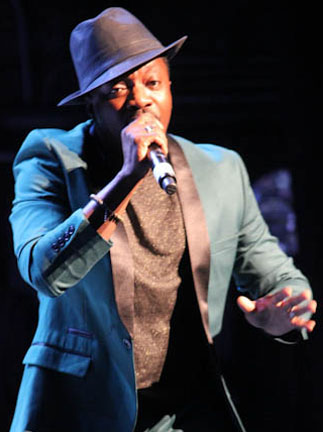 When Soul music comes to New York City, fans show support, even when it’s a busy Thursday evening during fashion week. By the time Anthony Hamilton hit the stage for his set on his Back To Love Tour, the packed Beacon Theater was more than ready for all he had to offer. Thanks to his extensive catalog, Hamilton was well equipped for the task of bringing southern soul to the big city.

Things kicked off with Antoine Dunn, a newcomer hailing from Cleveland. Faced with the daunting task of warming up the stage for a legend, Dudd held his own. Following Dudd was Estelle. While I wasn’t able to take in her entire performance, I was told fans who were expecting the soulful side of Estelle were kind of taken aback by the rough around the edges London born singer. Seems those who aren’t familiar with her two albums and her rapper background were definitely surprised by her profanity laced set. 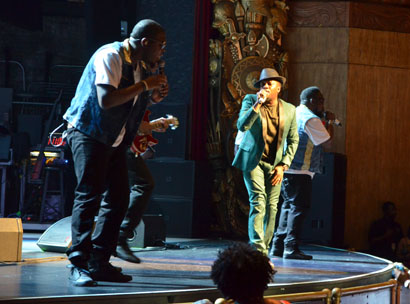 When Hamilton sashayed on stage with his Southern swag and grown man stroll, the Theater went into over drive. Hamilton, accompanied by his 5 piece band and three background singers all donner in jean jacket vests and white tees were intent on putting on a show. They sang, they danced, they even rapped a little bit… And that was just the first song. Incorporating classics like, “Let Me Ride” and “No Diggity” into his set, Hamilton offered audiences with his best work along with some familiar songs to keep the crowd engaged. 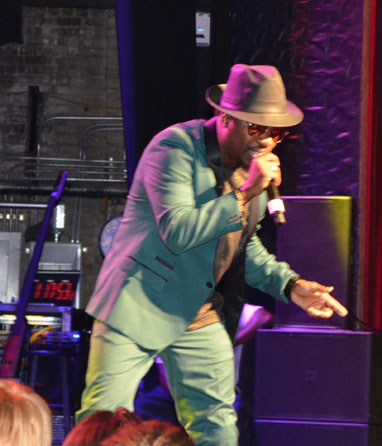 Halfway through the show, Hamilton switched up outfits trading in the suit for a shirt with jeans. He then proceeded to take fans on a journey through the South, aided by his very musical, “Prayin’ For You/Superman.” In true Southern fashion this led straight into Church, making it a full 25 minutes of Southern Church. Anthony Hamilton solidified his status as the truth towards the end of it, simply by singing “The Lord’s Prayer.” 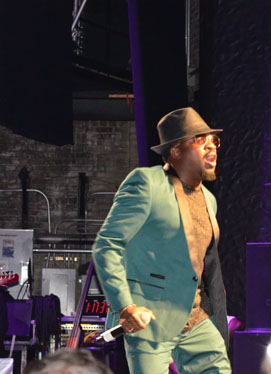 By now many of the audience members around me were speculating as to what his last song would be, but he was far from over, seemingly saving some of his best for last. He started by turning out the lights and setting the mood with a starry background for a version of “Life Has A Way” with just his bassist. He followed with his latest hit “Pray For Me,” which got the crowd on its feet for good. His duet with Jill Scott, “So In Love” was next. With no Jill, he played double duty and did it so well I forgot she was on the track. And finally, he took us back to where it all started. “Charlene!” 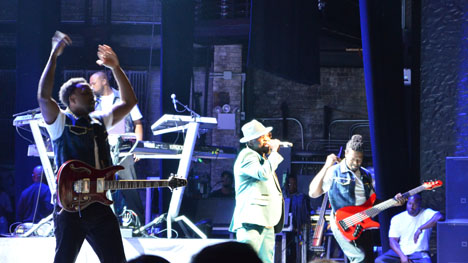 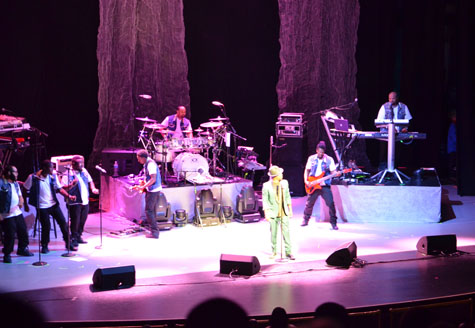