New music from Fabolous, this is the much anticipated follow-up to last year’s mixtape.  This is the Soul Tape 2 mixtape.  The project was released on Thanksgiving and features Joe Budden, Teyana Taylor, Pusha T, J. Cole, Trey Songz and more.

Here is the list of songs featured in the mixtape:

About: John David Jackson, also known as Fabolous, is an American rapper. He is currently 44 years old and was born on November 18, 1977, in Brooklyn, New York. He performed live on American music executive DJ Clue’s radio show, while he was only a senior in high school. This is where he first gained recognition. Fabolous has three children named Journey Isabella, Johan Jackson, and Jonas Jackson. He also has a sibling named Paul Cain. His singles extended through the early 2000s and he has amassed a number of mixtapes. 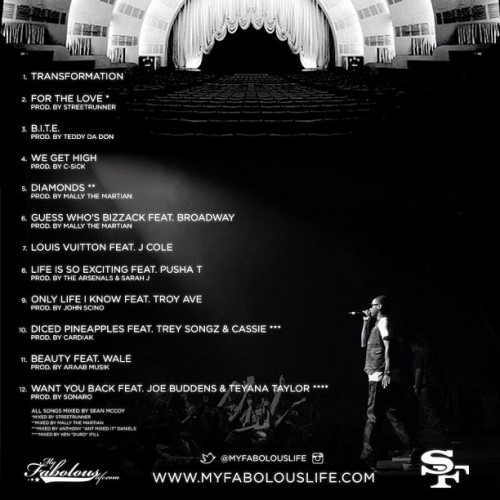 Team Parle has 1262 posts and counting. See all posts by Team Parle