Skip to content
Home » Where Have All The Hip-Hop Executives Gone? 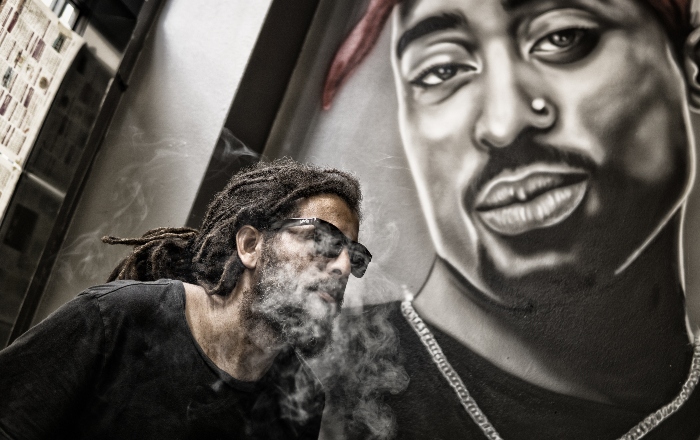 From the early 90’s up until the late 2000’s, whenever you saw a major artist on the scene, you couldn’t help but to think about the people behind them that were making even bigger moves in the industry. Whenever you mentioned 50 Cent, you had to mention Dr. Dre. You know that Irv Gotti was the man behind Ja Rule and Ashanti’s success when they were making great music. You couldn’t listen to Biggie Smalls or any other Bad Boy artist after him without knowing how much work Puff Daddy put in to make all of the moves that made those artists into superstars and put Bad Boy Records on top of the game for many years. Let’s not forget Dame Dash was not only Jay-Z’s right-hand man but also the businessman in the partnership that lead to the acquisitions of Armadale Vodka and Pro Keds while he was the owner of Roc-A-Fella Records. All of the names previously mentioned maintained a spotlight through the hard work and dedication of their artists while building names for themselves as execs, producers, and businessmen.

Now let‘s fast forward to the next decade of Hip-Hop. While there are plenty of new artists coming out year after year, we are less likely to see or hear about the execs, producers, and managers that bring these artists into the game and work with them by helping them promote, build their fan bases and make endorsement deals outside of the music business the way that Dame Dash did with Roc-A-Fella. Of course, names like Diddy and Lyor Cohen (who retired a month ago from his position at Warner Music Group) are still relevant and are still making major moves, but what about the rest of the big time execs, producers and CEOs?

You might be glad to hear that some of these big names are still making moves and doing well. In April, Mr. Collipark was awarded with the BMI Legend of ATL award for his long career producing for artists like Ying Yang Twins, Trick Daddy, Soulja Boy, Jeezy and many other artists. His Atlanta based record label is still finding new talent for the future, like Dallas natives Treal Lee and Prince Rick. Mr. Collipark has also signed a new deal with Malaco Records, which is a legendary R & B and Soul label that has signed past legends such as Marvin Sease and Johnnie Taylor as well as newer artists like B Hamp, the rapper who rose to fame with his 2009 single, “Ricky Bobby.”

Of course, Dr. Dre and Sean “Diddy” Combs are still doing their thing as major players in Hip-Hop. Thanks mostly to the Beats headphones endorsed by Dr. Dre, the mogul is now No. 1 on Forbes 2012 list of top earners in Hip-Hop, with over $100 million in pretax earnings. Even though Dr. Dre was the top earner in Hip-Hop this year, Sean Combs tops the list of the wealthiest rappers of 2012 with a net worth of $550 million as of April 2012. While these men are still finding success with their careers, other names are falling on very unfortunate times.

Chris Lighty, the founder of Violator, a management and marketing company that once represented many big names in Hip-Hop, including LL Cool J, 50 Cent and Missy Elliott. While they made major moves on the musical side, Violator, was also responsible for getting LL Cool J a GAP clothing commercial, and they helped execute the 50 Cent Vitamin Water deal, which resulted in Coca-Cola buying the company for $4.1 Billion and making 50 Cent $100 million in the process. It is safe to say that after his untimley death, ruled a suicide by authorities, we have lost one of the most powerful figures in Hip-Hop.

Bryan Leach, the promoter and producer from Polo Grounds Music [Hurricane Chris, Pitbull] and former A&R at Lil Jon’s TVT Records, was once responsible for the management and production of successful albums like Lil Jon’s King of Crunk. He was recently found guilty for gun possession and is now preparing to serve a two year prison sentence.

MeMpHiTz, former Sony Music A&R, who was responsible for the career of Huey among other artists, and worked on albums like T-Pain’s Epiphany and UGK’s Underground Kingz. However, Memphitz is now in danger of being known more for the whole K. Michelle sexual harassment controversy instead of his work in the music industry.

Another former executive, Kareem “Biggs” Burke, who was a co-founder of Roc-A-Fella Records, has been sentenced to five years in jail for conspiring to distribute more than 100 kilos of weed. His career was already over after the Jay-Z and Dame break-up, but the prison term has pretty much solidified it. The same goes other execs who have fallen off in the last few years. The biggest name of The Inc. Records, which was founded by Irv Gotti, have now either gone independent or signed to other labels because of Irv Gotti’s legal issues affecting the label and promotion for these artists. Gotti was involved with a reality show on VH1 for 2 seasons, but has since been missing in action. Damon Dash was once one of Hip Hops most sucessful moguls and boasted a $50 million net worth. Unfortunately, because of bad investments and lawsuits, he now owes $2 million dollars in taxes and has had his $8 million dollar Tribeca loft foreclosed.

Now with the names that I mentioned not being able to handle promotions and the business side of the industry because of personal or legal issues, where does that leave the artists that left the future of their careers in those executive’s hands? Lately, you haven’t really heard of any new blood as far as promoters and executives go. You mainly hear success stories about indie artists gaining a huge fan base by doing shows and using social networks, then getting picked up by a major label. These stories rarely include the people behind promoting these artists and getting them signed.

So the biggest question is, where does this leave the Hip-Hop industry in general? There is a chance that it may lead to many upcoming artists staying independent because of the number of potential artists whose career have been put on hold after the legal and personal troubles of these execs, producers and CEO’s. Hopefully, this will not end up keeping a lot of great music from making it to the stores, on radio and television.

Also Check Out:
Mr. Collipark – Taking Back Music (And The Club)
DJ Skee – The Next Big Mogul
Zack O’Malley Greenburg – The Business of Hip-Hop Expert
A Quick Curtain Call For Lyor Cohen & His Time At WMG
Cappie Pondexter – Being Just One Of The Greatest Isn’t Good Enough